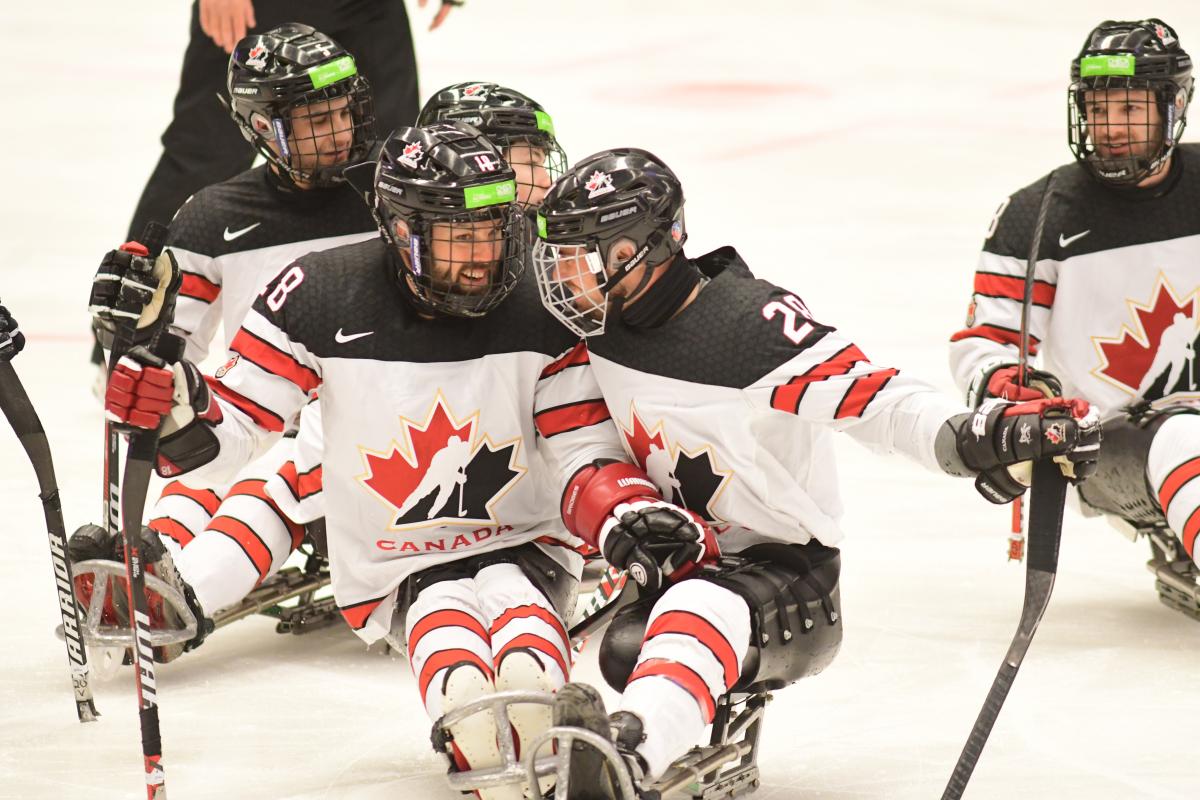 “I’m very proud to be able to represent Canada in this prestigious tournament. My expectations for this World Championships are undoubtedly to win gold and become world champion.”

Lehoux, an avid fisherman, is still a relative newcomer to the sport after his leg amputated above the knee. In November 2012, while serving as a reservist in the Canadian Armed Forces, he was traveling on a bus with his regiment to attend a Remembrance Day ceremony when their vehicle skidded on the wet road surface. He was thrown through the window and his right leg was crushed and had to be amputated.

“I absolutely remember all the details of my accident,” Lehoux said. “My life changed a lot because of that, especially the sporting side, but I was lucky enough to get to know the great sport of sledge hockey.”

During his rehabilitation, he was invited to take up the sport by Gaetan Bouchard, a member of the Canadian Armed Forces who had lost a leg while serving in Afghanistan. A few weeks after his accident, he began playing with other wounded soldiers at the Valcartier military base and quickly rose in the ranks of the sport.

Last year, the French-speaking athlete was one of the final three cuts from the Canada team that would go on to win silver at the Winter Paralympics. The decision left him heartbroken.

Despite missing out on PyeongChang 2018, he was able to play as a member of the Soldier On team in the NHL Sled Series at the 2018 NHL Stadium Series, which was held outside at Navy-Marine Corps Memorial Stadium in Maryland, USA in front of a large audience.

From spectator to scorer

On Sunday, Lehoux scored twice in the first period of Canada’s 14-2 win over Norway. Ironically, had the chance to score his first two World Championship goals while playing alongside those he originally admired in the sport.

“My first model in this sport was Dominic Laroque while he was a player, and today I am inspired by players like (Liam) Hickey and (Tyler) McGregor,” he said. “And as for my part, I hope to inspire future generations of this beautiful sport.”

Canada currently sit in second place in Group A at the World Championships with three points and will face South Korea next on Tuesday.

Now with his first pair of goals behind him, Lehoux is eager for more.

“I’m very proud to be able to represent Canada in this prestigious tournament,” Lehoux said. “My expectations for this World Championships are undoubtedly to win gold and become world champion.”

The action resumes on Tuesday with the third round of group games. Live coverage of the Worlds, including highlights and results is available on the Ostrava 2019 website.