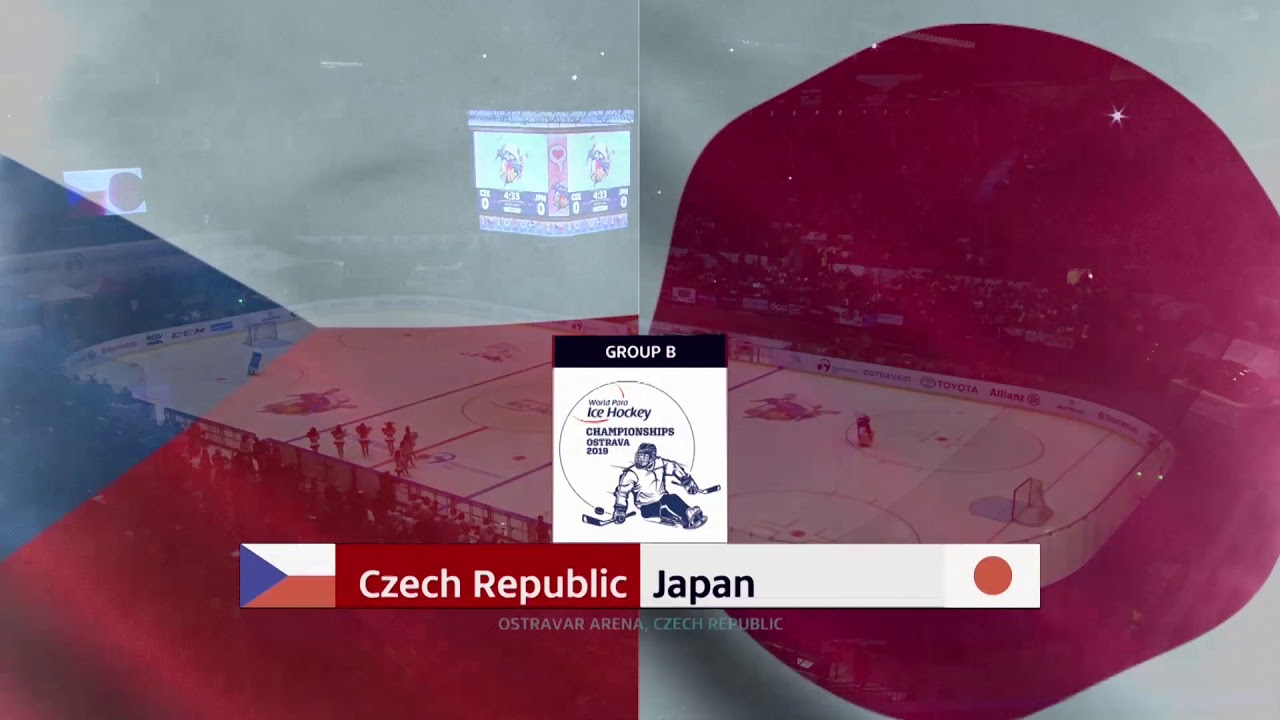 The 2019 World Para Ice Hockey Championships kicked off on Saturday as a record 10,173 spectators packed Ostravar Arena in Ostrava, Czech Republic, to watch Paralympic champions USA defeat reigning world champions Canada and the hosts dominate against Japan. The tournament is following a new format that pits the top-four ranked teams in Group A in the preliminary round, with the next four in Group B.

The USA flexed their muscles in Group A against their arch rivals with a 3-1 victory behind the hot hand of Princeton University student Declan Farmer, who had two goals. The USA have now won the last 12 of their 13 World Championship contests.

“It’s always good to get the tournament off to a quick start,” Farmer said. “It always gets us into the intensity of things really fast. It’s a great atmosphere here in Ostrava — they really packed the house.”

Following a scoreless opening period, Canada’s Greg Westlake, who pondered retirement after the 2018 Winter Paralympics in PyeongChang, navigated his way through a packed crease like the veteran he is to open the scoring 1:59 into the second stanza and give his team a brief lead.

The USA bounced right back two minutes later, as Farmer, who scored a national-record 12 goals at the last World Championships, tied it up. Then 19-year-old Noah Grove caught a pass from Christopher Douglass and struck it right into the net.

Farmer then padded the lead for the USA by scoring on an empty net with five seconds remaining in the game.

In the earlier Group A match-up, Oslo native Audun Bakke, who won silver in Ostrava at the World Championships 10 years ago, scored off a pass from Morten Vaernes just 5:18 into the game to give Norway the early advantage.

But South Korea would respond with two goals of their own in the latter half of the frame to go up by one at the first break. Byeong-Seok Cho scored on the power play in front of the net before Jong-Kyung Lee made it 2-1; both three-time Paralympians netted their scores within the last five minutes of the period.

Bakke returned to the ice with fire in his eyes in the second period for his, and Norway’s, second goal, to level the scores. Si-Woo Choi, only 22, then continued his rise in his third year on the South Korean national team to put his team back on top with what be the game-winning goal.

“We’ve played a lot against Norway recently, so I knew we had it in us to win this game,” Choi said. “We’ve been all about staying positive to keep the momentum going after hosting the Winter Paralympics in PyeongChang, and we hope to keep this vibe up through Beijing 2022.”

Jae-Woong Lee was the winning goaltender with five saves, while Johan Groeline had nine saves for Norway in his World Championship debut.

The Czech Republic soared in their first game in Group B, defeating Japan 8-0, as veteran defender Pavel Kubes netted a hat trick and Martin Kudela recorded the shutout between the pipes.

The Czech Republic’s Zdenek Safrenek has been very vocal about how much he has been looking forward to playing in front of a home crowd at a World Championships, and he made the host nation fans go wild when he opened the scoring for the Czechs just 2:52 into the game, collecting a pass from Pavel Dolezal to electrify the arena. Kubes, a father of two, doubled the Czechs’ lead with about four minutes to play in the first period, coming right through the crease to find the net.

The Czechs did not back off after the intermission, as veteran defender Zdenek Habl drove straight to the net with the puck 14 seconds into the second stanza to increase the host nation’s lead to three. This season’s leading scorer for the Czechs, Michal Geier, then got his first goal of the tournament midway through the period.

Kubes and Safranek scored again in the third to give their team a six-goal advantage. Habl then found the net for the second time and Kubes rounded out his hat trick with a score with around four minutes to go in the game.

“It was absolutely amazing,” Kubes said. “Nobody expected this crowd.”

Kudela stopped all five shots that came his way, as Japan’s four-time Paralympic goaltender Shinobu Fukushima had 17 saves on the day.

Italy had no trouble in their opening Group B game at the World Championships, notching a 4-0 victory over Sweden thanks to two goals from 22-year-old forward Alessandro Andereoni and a shutout between the pipes from Gabriele Araudo.

It was Nils Larch who scored the first goal of the tournament for Italy with 14 seconds remaining in the first period. Then midway through the second period, Andreoni took control of the puck at the blue line, skated just in front and slapped it all the way to the net for his first-career World Championship goal.

“The first period was so difficult, but we got better in the second and we were convincing enough on the ice to score once and go from there,” Andreoni said. “It was my first goal, and I’m so excited for it.”

Andreoni, whose brother Marco played ice hockey for HC Varese at the club level in Italy, then increased his team’s lead to three with 48 seconds left in the second period when scoring from the middle.

Forward Sandro Kalegaris, who also works as an account manager for a business that sells hunting and finishing equipment, padded Italy’s lead in the final period off a pass from Deapoli.

Italy outshot Sweden 23-8 on the day, with Araudo blocking all eight shots that came his way and Andreas Nejman recording 19 saves in his second World Championship appearance.

Competition continues with the next round of group matches on Sunday.

You can catch live coverage and results on the Ostrava 2019 website.