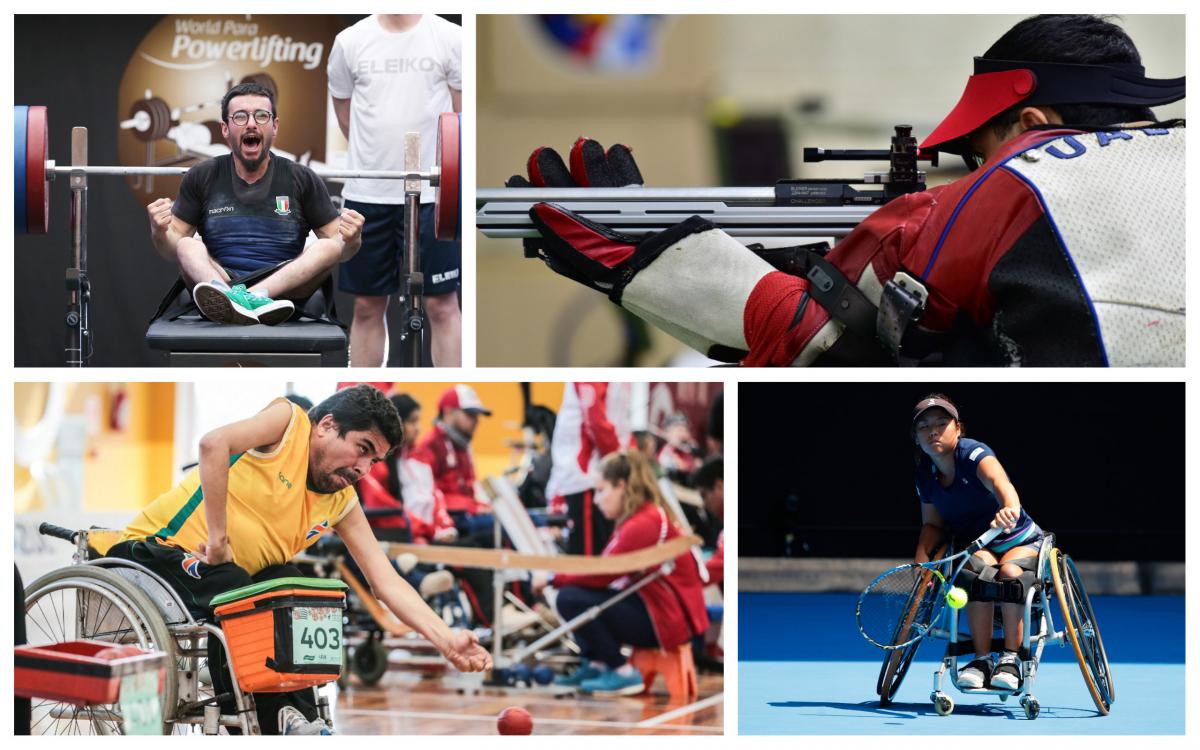 Spain won seven of 11 events at the second World Cup of the season on home soil in Aguilas. Great Britain’s Jade Jones-Hall and Joe Townsend repeated their Commonwealth Games success with victories in the third World Cup in Eton Dorney.

Dutch cyclists shone in the year’s first World Cup in Ostend, Belgium, from 3-6 May, as they claimed seven gold medals to finish top of the standings.

Lignano Sabbiadoro was the first Italian venue to host the World Series, attracting more than 260 swimmers from 31 countries. Apart from the hosts domination, US and Brazilian swimmers also show great form.

China’s world and Paralympic champion Cuiqing Liu was the standout performance at the Beijing Grand Prix as she broke a 10-year-old world record.

Ukrainian Mariana Shevchuk made history in the women’s up to 55kg by lifting an unprecedented 130.5kg to set a new world record in Berck-sur-Mer, France. Another standout performance was that of Konstantinos Dimou of Greece, who set a European record of 230kg in the men’s over 107kg. Hosts France celebrated two golds.

Canadian judokas celebrated double success as Priscilla Gagne and Justin Karn put in perfect performances at their home Championships in Calgary on 20 May.

Hosts Poland were crowned champions in the third edition of this event held in Krakow following a 1-0 victory over Ireland in the final.

Home crowd had plenty to celebrate as 2017 World Championships silver medallist Erik Machens, won his signature event, the men’s single class 2, in Frankfurt, Germany, on 19 May.

Paralympic champion Roman Polianskyi had a strong start to the year in Gavirate, on Lago di Varese in Italy.

Yui Kamiji and Gordon Reid claimed the men’s and women’s singles titles for a second successive year in the Japanese city of Iizuka.

Erica Mitchell goal gave the USA a 1-0 victory over Canada and the gold medal in the second edition of this event held in Ostrava, Czech Republic.