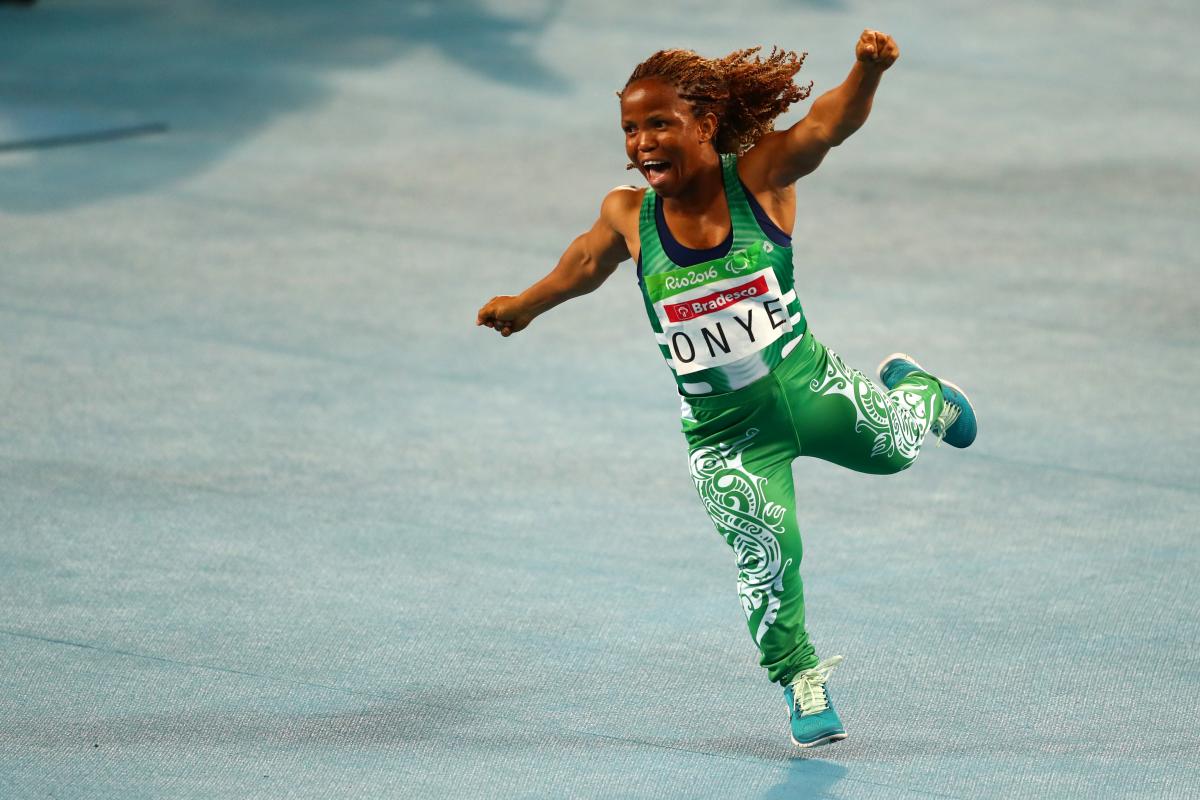 “I’m happy, this is my first time throwing the javelin in a competition, I have never thrown a javelin in my life and now I have the experience of it, so I am very happy. I couldn’t wait to compare with other people and I will do more of it.”

Diana Dadzite, Lauritta Onye and Bilel Aloui were among a host of impressive performances in the final day of competition at the Tunis Grand Prix in Tunisia on Sunday.

The 33-year-old threw a best of 8.44m, underlining her status as a key contender for gold come the World Championships in just over four months’ time.

“I’m so happy. I just went out and knew what I could do, and had fun with the girls. The shot put world record is still from 2004 [9.06m by Marianne Buggenhagen] but I’m not so far away any more!

“I know that I am on the right way to Dubai and my coach will be happy. I feel I have much more inside me and I think everything will be great.”

Dadzite won triple gold at the London 2017 World Championships, winning the most individual medals of all the field athletes, but she admitted she “didn’t really want to show” what she can do in the other events – hence only competing in the shot put in Tunis.

“I want to save everything to Dubai and then show how long I’ve been practising for,” she admitted.

There were smiles too from Nigeria’s Lauritta Onye, who finished first in the women’s javelin F40/44/46.

The 35-year-old, whose joyful celebration after winning shot put F40 gold at the Rio 2016 Paralympic Games was beamed around the world, is determined to add to her medal collection at this year’s World Championships, particularly after missing out on competing at London 2017.

“By the grace of God I will be at the World Championships; I am feeling super. Determination and guts will take me there,” said Onye, who also finished second behind Paralympic and world champion Raoua Tlili in the discus F40/41 in Tunisia.

“I’m happy, this is my first time throwing the javelin in a competition, I have never thrown a javelin in my life and now I have the experience of it, so I am very happy. I couldn’t wait to compare with other people and I will do more of it.”

Out on the track it was time for the 400m races, with Nigeria’s Ifeanyichukwu Madubuike (49.56) claiming the first victory in a time that puts him fifth in the current T46 world rankings.

Chida only returned to training 10 days ago after observing Ramadan with his wife and young family at their home in the United Arab Emirates, and he believes there’s still plenty of time to ensure he’s at his best come the World Championships.

“I still have four months to train for the World Championships in Dubai and I think in Dubai I can run a good time – similar to my world record (49.33), because it’s been the same for eight years,” he said.

Governo was one of the 18 athletes who competed in Tunis supported by the Agitos Foundation through the NPC Development Programme.

Gold for India and Iraq

Last on track and marking the end of the Grand Prix was the men’s 5000m T11/12-T13/46 which featured Tunisian duo and Para athletics roommates Bilel Aloui and Rouay Jebabli.

Twenty-four hours previously it was Jebabli, 23, who had taken the top spot, winning the 1500m, but this time experienced racer Aloui left no doubt as to who was in charge, pulling clear with 600m to go as the rest of the field visibly tired, and crossing the line in 15:26.27. 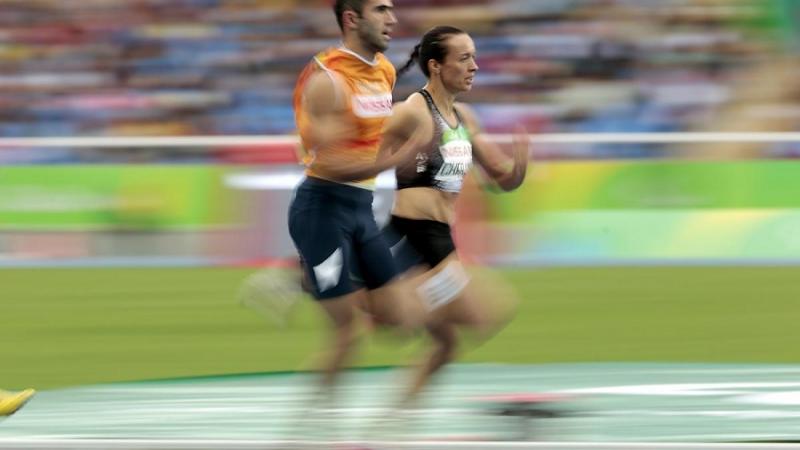