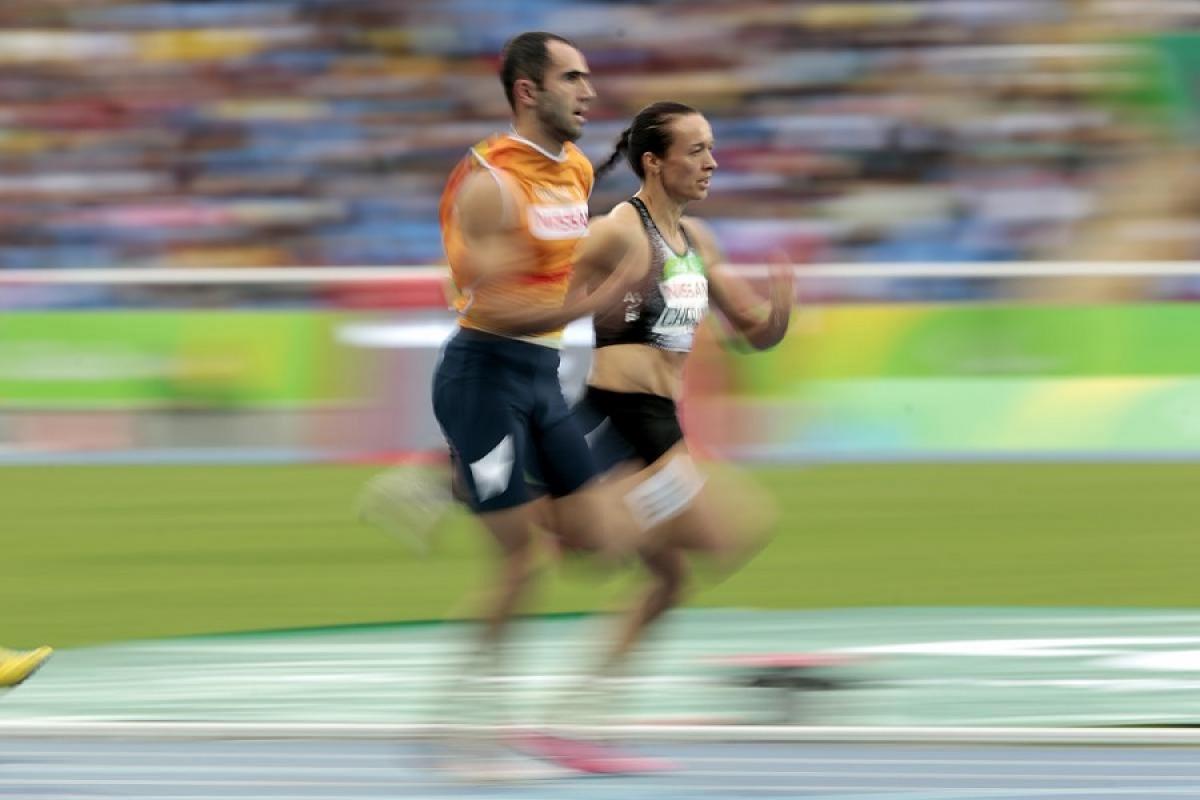 “Every race is an experience for me - experiencing competition in different cities and different cultures makes me stronger and better and I’m really happy to be here.”

Tunisia’s success continued on Saturday (29 June), day two of the Tunis Grand Prix as Wassim Mtarrab set a new world record in the field, while Turkey’s Oguz Abulut and Azerbaijan’s Elena Chebanu were among those making their presence known on the track.

Mtarrab, 23, threw a massive 20.12m in the third round of the men’s discus F51/32 to add nearly two metres on to the previous F32 world record set by Greek Athanasios Konstantinidis in 2017.

The Tunisian was one of many impressive performances by the host nation under the hot African sun, but Para athletes from around the world also made a big impression.

Turkey’s European 400m T12 champion Oguz Akbulut (23.00) stormed home to win the men’s 200m T12, and the 27-year-old now believes that he will be ready to improve on the bronze medal he won at the last World Championships when he lines up over one lap at Dubai 2019 in just over four months’ time.

“I will get better and better in every tournament. I want to be in the top two in Dubai,” said Akbulut, who finished third behind Morocco’s Mahdi Afri and Portugal’s Luis Goncalves in the 400m T12 at London 2017.

“I’m going to be better in the World Championships – I’m not in my full strength yet, this is a step for me and the next Grand Prix in Poland will also be a good experience for me.

“Every race is an experience for me - experiencing competition in different cities and different cultures makes me stronger and better and I’m really happy to be here.”

Azerbaijan’s Paralympic silver medallist Elena Chebanu claimed two wins – first in the long jump T11/12 where she opened with 5.21m – her best leap of the competition, then later in the 200m T12, where she destroyed the rest of the field, crossing the line in a world leading 24.99.

Tunisia’s Yassine Gharbi (25.47) notched up another win on home turf, racing home to win the men’s 200m T54, and he was suitably pleased with his performance on the Rades Olympic Stadium track.

“(Daniel) Romanchuk and Richard (Chiassaro),” smiled Gharbi. “In the 400m we are equal but after this the one that works the hardest will win.”

“I started today to test myself to see if I can compete in Dubai, to get the gold medal. I hope I am well prepared – I have not raced at a World Championships before. I will work very hard to get there and do my best there,” said Jebabli.

Iraq’s throwers also impressed – Ahmed Naas soaring to the top of the world rankings in the javelin F40 thanks to his second-round throw of 38.12m in the F40/41 competition.

Competition at the Tunis Grand Prix concludes on Sunday.