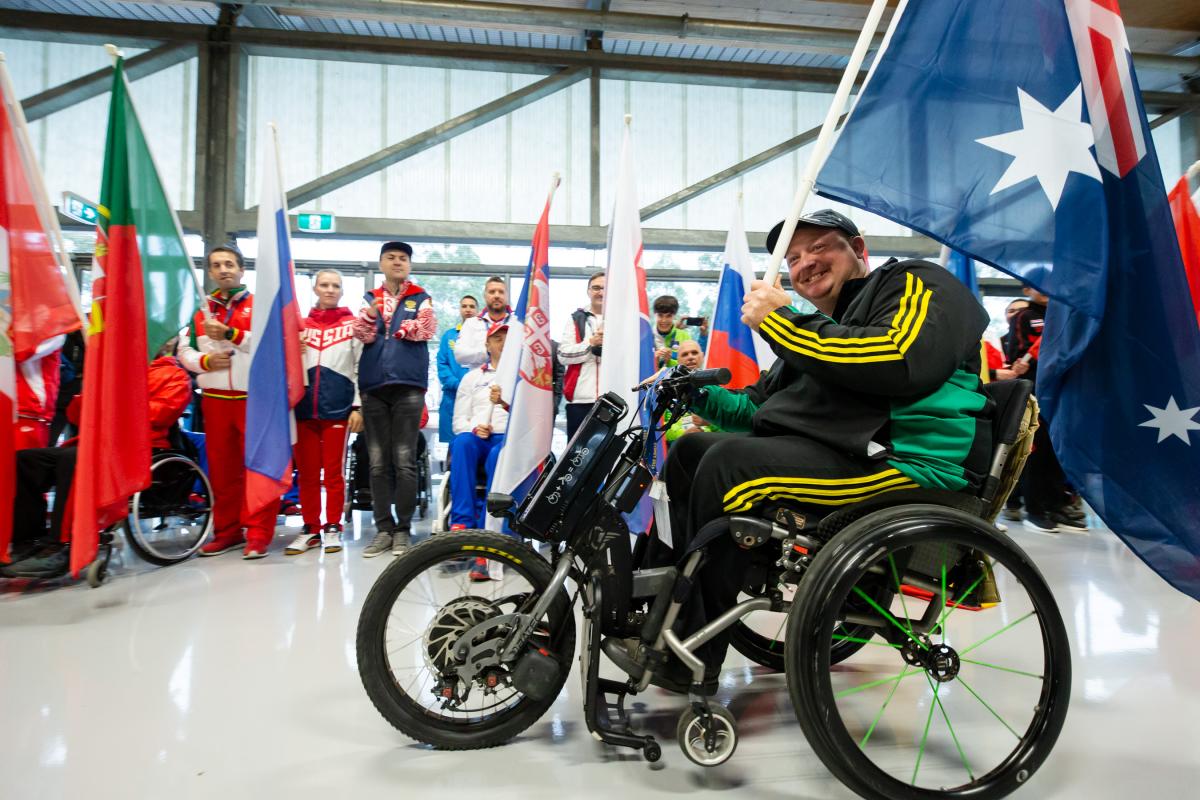 The pressure turns on from Saturday when the 2019 World Shooting Para Sport Championships hits off in Sydney, Australia.
The seventh edition of the Worlds is the last major event before the Tokyo 2020 Paralympics, and direct qualifications slots for the Games are especially at stake.

The addition of Para trap (shotgun discipline) and vision impaired (VI) classification has drawn more athletes (283) and countries (55) than last year’s Worlds in Cheongju, South Korea – that had 220 athletes from 46 countries.
Sydney 2019 will feature 31 medal events (22 individual), with Para trap joining the rifle and pistol disciplines at a Worlds for the first time.

VI athletes will also get their first shot at history with the first world champions to be crowned next week.

Our Worlds kick off this Friday, 11 October, in Sydney, Australia! 🦘🇦🇺
Don't miss it and watch it live on our website: https://t.co/AOqtlT9AmJ
We'll live stream 📺👀 all the finals.
The schedule can be found here: https://t.co/pxtUFqWqUU#Sydney2019 pic.twitter.com/m1pZvTEDfu

Shooting Para sport’s greats will enter the ranges once again, including rifle specialist Veronika Vadovicova. The Slovakian has shown consistent mastery in all three areas: standing, prone and three positions.

In Sydney, Vadovicova will aim at golds in the R3 (mixed 10m air rifle prone SH1) and R8 (women’s 50m rifle 3 positions SH1) again. She will also try to make up for her 2018 Worlds silver medal in the R2 (women’s 10m air rifle standing SH1).
Times, however, are changing in the shooting scene, with young talents like Ukraine’s Iryna Shchetnik threatening to overthrow Vadovicova.

The Ukrainian, who turns 20 later this month, became a known medal contender when he finished with R2 bronze at the 2018 Worlds, setting a qualification junior record along the way.

Her golden glory came later that year at the European Championships in Belgrade, Serbia, when she pipped Vadovicova for the gold.

One of the top male rifle shooters will not be in Sydney, as UAE’s Abdulla Sultan Alaryani had to cancel due to health reasons.
With Alaryani unable to defend his titles in the R6 (mixed 50m rifle prone SH1) and R7 (men’s 50m rifle 3 positions SH1), the prize is open to other hopefuls.

In R6, Germany’s Natascha Hiltrop and Great Britain’s Matt Skelhon both showed podium potential after their one, two finish from the last World Cup in Osijek, Croatia, in July.

South Korea’s Jinho Park lost out on a golden opportunity at his home Worlds last year, and would hope this time around he could do one better in the R7.

In the SH2 category, New Zealand’s Michael Johnson and Ukraine’s Vasyl Kovalchuk are among the top names expected to reach the elimination rounds and contend medals in the R4 (men’s 10m air rifle standing SH2).

They did just that in Osijek a few months ago. Johnson captured silver in Cheongju and the shorter distance travelled could play to his advantage.

Serbia’s Dragan Ristic is a heavy favourite in the R5 (mixed 10m prone SH2). He proved his status as the reigning world and European champion remains high after taking gold in Osijek.

“I’m only thinking about doing my best. Winning against others is not that hard.”

Slovakia’s Kristina Funkova turns 18 next month, and is another young athlete who hopes to show a new generation is rising.
She can prove her 2018 World Championship gold in the R9 (mixed 50m rifle prone SH2) was no fluke, and that she is a strong challenger also in the R5.

India’s Manish Narwal turns 18 during the week of the Championships, and he is a young face to watch for in the pistol discipline.

He set a qualification junior record at the 2018 Worlds in the P4 (mixed 50m pistol SH1) and made it into the elimination round in Osijek.

But he will have to contend with the reigning P4 world champion and pistol queen Sareh Javanmardi of Iran, and China’s Yang Chao, P4 Worlds bronze medallist and P1 (men’s 10m air pistol SH1) gold medallist.