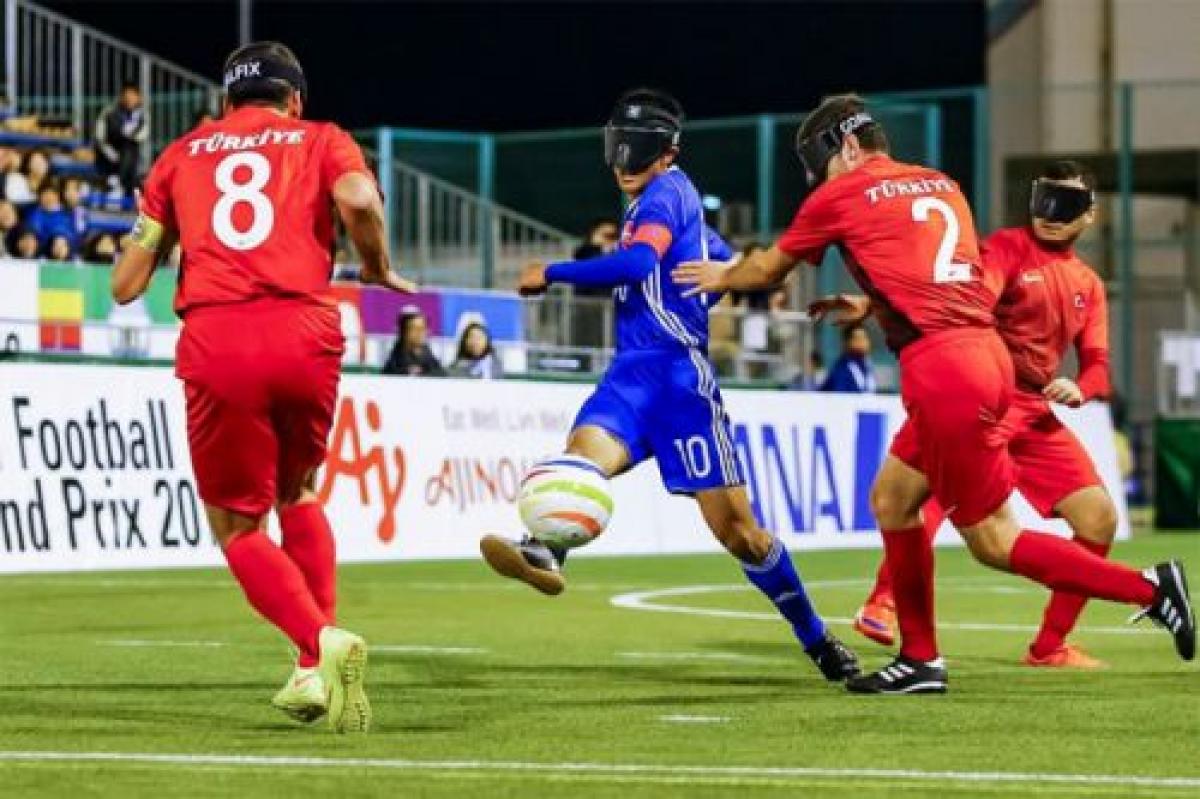 “As Tokyo 2020 approaches, the environment surrounding us may change and more pressure will be put on us. But we’ll focus on building up a team which always pursues a victory fearlessly under any circumstances.”

With less than two years to go until their home Paralympic Games at Tokyo 2020, the captain of the Japanese blind football team Ryo Kawamura has spoken of his team’s winning aspirations.

Japan will line-up in 2020 to face some of the world’s best teams, including defending and world champions Brazil who have won every title since the sport was introduced at Athens 2004.

But that does not scare Kawamura. “The goal as a team is the gold medal,” he said. “My personal goal is to become one of the best players on the planet, shooting a goal against whichever opponents, and leading the team to the top of the world.”

Kawamura’s optimism and determination is clear to see. Japan have also been building the level of the team up in recent years. After not qualifying for the 2018 World Championships they do not intend to waste the opportunity of having an automatic spot at their home Paralympics.

“In terms of strategies, we’re focusing more on getting the initiative in a match,” Kawamura said. “And we’re starting to check out our physical condition every day in detail via a database.

“It enables us not only to accumulate daily data on each one’s condition, but also to share them with our medical team, so that we can get the full support from them until coming back to the pitch when we have an injury.

“Thanks to this check-up system, I’ve been getting used to maintaining self-care better than before.”

The Japan Blind Football Association have also been hosting an international competition in recent years, the World Grand Prix, to build interest in the sport ahead of the Paralympics.

The expectations and interest in the team are therefore gradually increasing, but that does not intimidate Kawamura and his teammates.

“As Tokyo 2020 approaches, the environment surrounding us may change and more pressure will be put on us. But we’ll focus on building up a team which always pursues a victory fearlessly under any circumstances.”