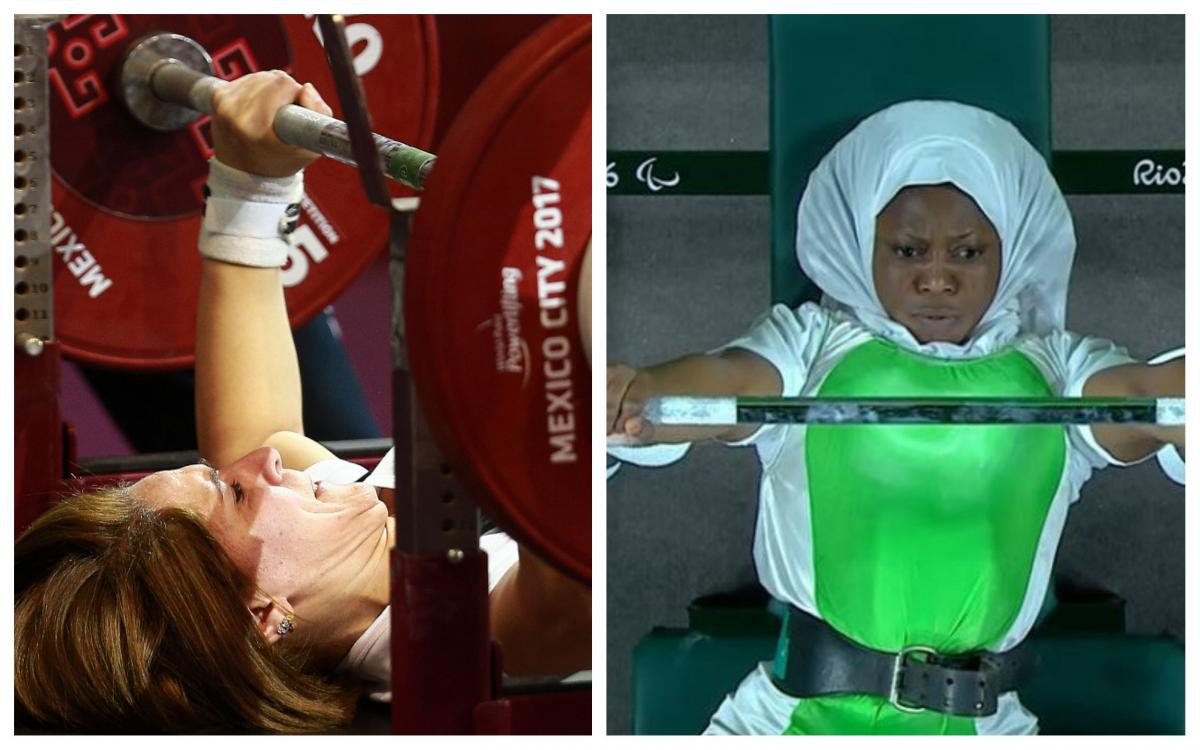 Samira Guerioua is hoping she can win her first African Championships title in front of her home crowd in Algiers, Algeria. But she will need to be at her very best to defeat Nigeria’s Latifat Tijani in the women’s up to 45kg.

The last time they competed against each other was at the Mexico City 2017 World Championships. The Algerian came in sixth after clearing the bar at 87kg, while Tijani disappointed by failing her three attempts.

One year earlier, they met at the Paralympic Games in Rio de Janeiro, Brazil. Guerioua also claimed sixth, while Tijani won her first and so far only medal at a major international competition by sealing silver.

Guerioua has taken part in three World Championships, always ending among the top 10. She also participated in the 2015 European Open Championships, finishing in seventh place.

Tijani took up the sport in 1998 but only began competing recently. The gold she won at the 2015 African Championships in Brazzaville, Congo, is her most important title to date.

Powerlifting
Algiers 2018: Ones to Watch announced