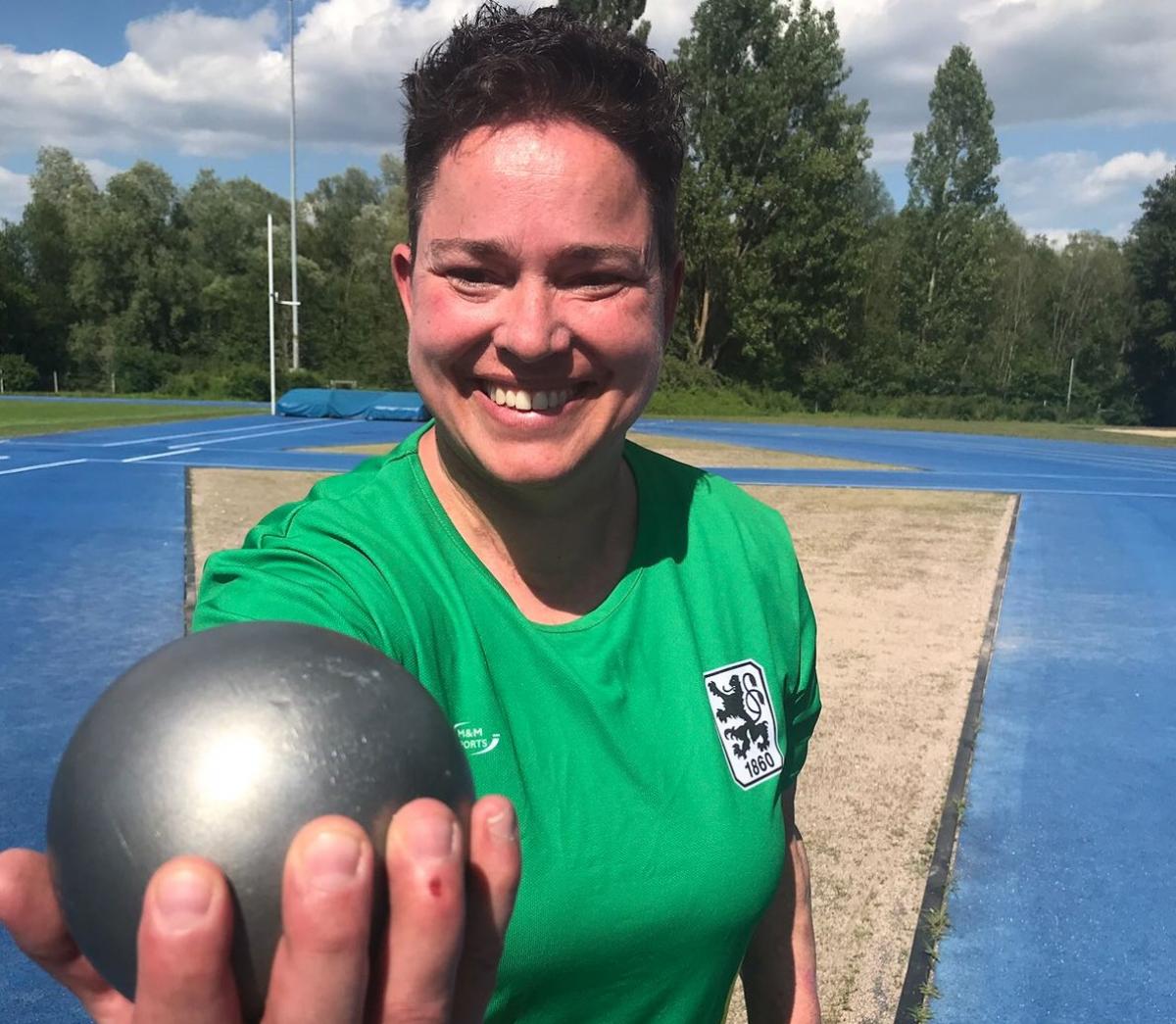 “I know I have my limitations. I need my wheelchair, I know this. This won’t go away. But I can do so much more than when I started and this makes me proud. When I go in to the ring and take my shot, it’s a bit like flying. I can’t feel my handicap; there is nothing like the shot and me.”

Last month at the German Championships in Kienbaum, Paralympic shot put champion Birgit Kober added four centimetres to her own world record mark, throwing a massive 11.56 metres. But she doesn’t want to stop there – not with the European Championships on the horizon.

“Perhaps I’ll throw another world record in Berlin,” said the 47-year-old, who has won gold at every major championships she has taken part in since making her debut at the 2011 World Championships in New Zealand.

“In every mistake you do there is great potential. So as long as I have mistakes in my throwing, I can do better. I want to break the 12-metre barrier, perhaps 12.50m.”

But, despite a long list of achievements, sport for Kober is not just about winning.

“In Berlin it would be great to have the same that I had in the German Championships, but if not I’m not sad. The first thing for me is always having fun and showing what you can do,” she added.

“It’s not always about metres and winning gold. If I win silver it’s also okay. I want to do my best and I want to do it for me.”

‘The ability to walk again’

A former junior national javelin thrower – at aged 16, she was throwing 45 metres - Kober took up Para athletics in 2007. In hospital to treat an infection in her leg, doctors gave her the wrong volume of medication and she developed ataxia, leaving her in a wheelchair.

“When I woke up then, my life completely changed. It was a second life after that. Sport gave me back - with hard, hard work - the ability to walk again,” explained Kober, who first began competing as a wheelchair athlete in the F34 class, winning double gold at the London Paralympic Games with world records in both the shot put and javelin.

In 2016, Kober switched to the F36 class, competing in standing throws. She believes sport gave her the drive and opportunity to get out of her wheelchair. It’s what motivates her still.

“In Rio [2016 Paralympic Games] I was able to be a standing thrower again. For me this is worth more than every gold I win,” she explained.

“Winning is great, gold is also great. But the ability to do things - to have things back I could do before - this is what I have in my mind when I go training. Sport gave me a lot of life back.

“I know I have my limitations. I need my wheelchair, I know this. This won’t go away. But I can do so much more than when I started and this makes me proud. When I go in to the ring and take my shot, it’s a bit like flying. I can’t feel my handicap; there is nothing like the shot and me.”

Kober will start as favourite when she lines up at the city’s Friedrich-Ludwig-Jahn-Sportpark on Friday 24 August; in her current form, a world record could be on the cards. But she feels no pressure - sport means much more than winning or losing.

“I have a lot of fun going to a competition. I want to have the results I have in training, and if someone is better than me it’s okay; I will go and shake their hand. I will never be sad for a silver medal – that would be ridiculous.”