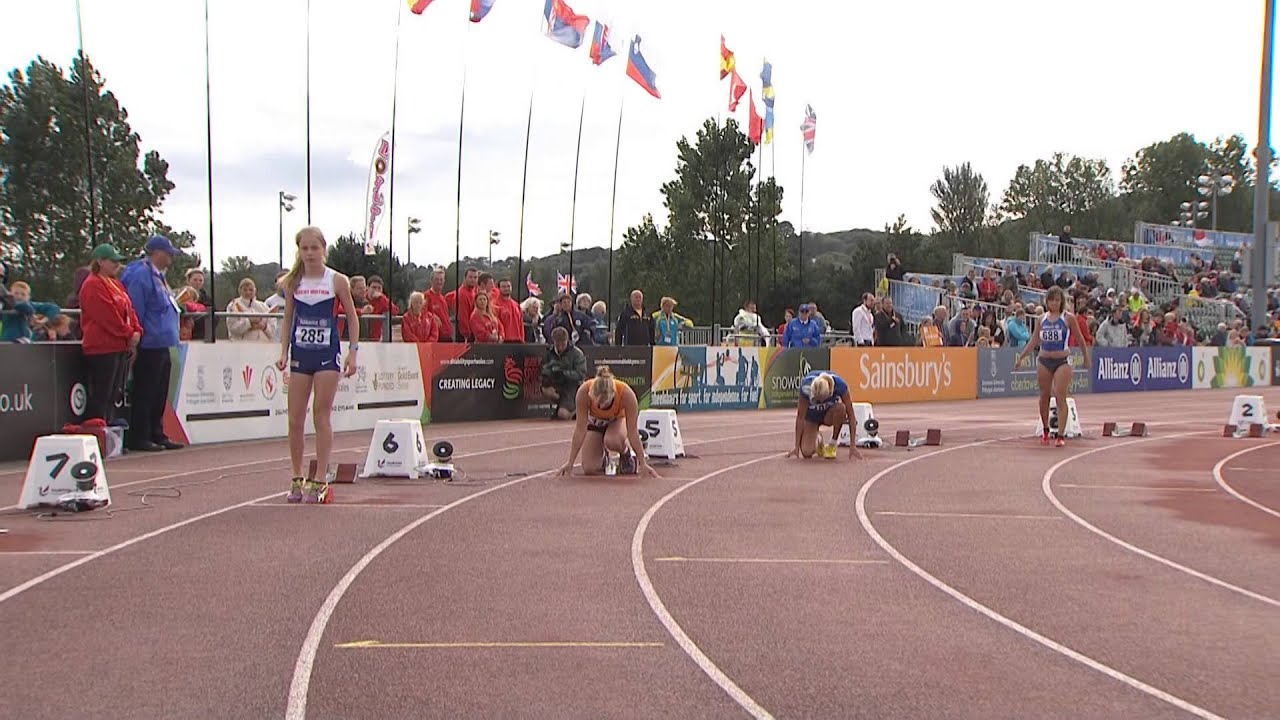 “I’m quite mature and I know how to deal with stuff. The way I look at my running compared to back then has changed too. I’m calmer and I take things in my stride. At 14 it was a hobby. It’s nice to think how far I’ve come, and hopefully I can keep that up.”

Maria Lyle was just 14 years old when she walked out on to the track at her first major international competition. The Scot was part of the British team competing at the 2014 European Championships in Swansea, Wales, and there were already high expectations on her young shoulders – she had broken both the 100m and 200m T35 world records in the preceding months.

Lyle embraced the new challenge and went on to win double sprint gold, an experience that laid the foundations for a flourishing Para athletics career that has so far included eight Paralympic and world medals and one Commonwealth medal – not to mention a hat trick of golds at the last European Championships in 2016.

“I’d never been away from my family at a competition, and I have quite fond memories of meeting people on the team and getting used to the routines and things you expect within a major championship,” reflected Lyle.

“Because I’ve been competing from such a young age I know how to deal with stuff. I’ve come up with strategies on how to deal with pressure and compete on big stages. That experience – the opportunity I was given when I was 14 – has really helped me throughout my athletics career.”

Now Lyle will head to Berlin for the 2018 European Championships hoping the experience she has already gained in four eventful years will help her defend her two individual sprint titles.

She explained: “I’m quite mature and I know how to deal with stuff. The way I look at my running compared to back then has changed too. I’m calmer and I take things in my stride. At 14 it was a hobby. It’s nice to think how far I’ve come, and hopefully I can keep that up.”

It’s already been a busy year for the Dunbar-born sprinter; she pulled on the Scottish vest at the 2018 Gold Coast Commonwealth Games and won 100m T35 silver behind Australian home favourite Isis Holt.

Returning home, Lyle sat her final-year exams at secondary school, including Advanced Higher Physical Education. At least she had the practical work already completed – her teacher watched her races on YouTube.

Despite juggling school work, job hunting and training, Lyle is currently the top-ranked European in her class. Still, she is under no illusion that further European success against the likes of Italy’s former world champion Oxana Corso and Poland’s world number four Jagoda Kibil will be easy.

“It’s not going to be an easy race as I haven’t been running to my best recently, but I have to make the best of where I am now and hopefully that will be enough to secure it.

“But I’m not going to just rely on rankings to make myself feel better. If I don’t run to the best of my ability it’s quite easy for someone to come along and beat me. You can’t rely on rankings for a sense of security.

“My goal is to try and retain my titles but at the end of the day all I can do is my best performance. It will be tough.”