An aspiring young Paralympian will fly to Berlin for a unique Swansea 2014 mission this week. 16 Jun 2014
Imagen 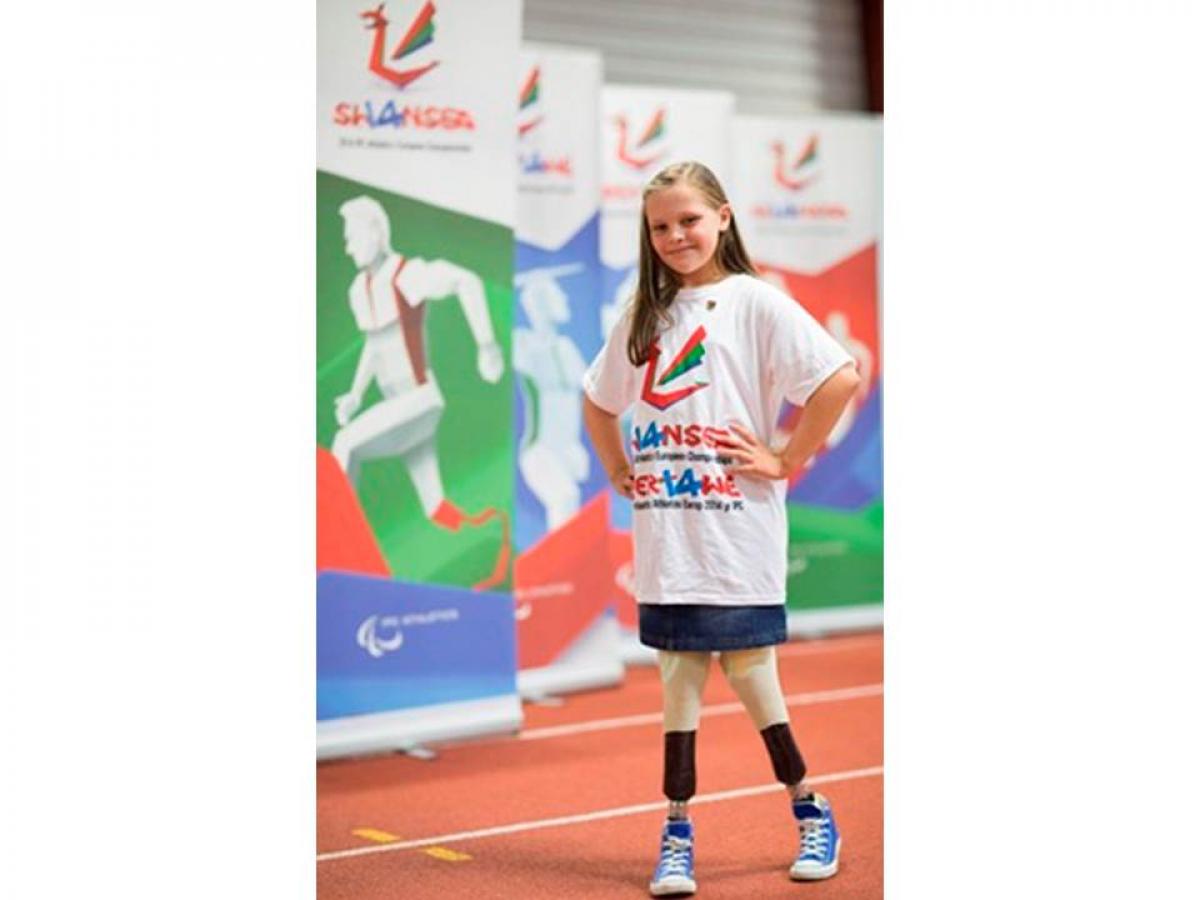 “I can’t wait, I feel like I’m part of the event and I always notice when I read and hear things about Swansea 2014."

And Molly, who was born without functional bones in her lower legs, will meet and take part in a training master class with Marlou van Rhijn – the Dutch world and Paralympic champion sprinter who is the world’s fastest female leg amputee.

The one-off trip, from 20th to 22nd June, has been arranged by Swansea 2014 to promote August’s IPC Athletics European Championships and continue a promise to give local young people the chance to be involved in a major sporting event.

Molly will team up with the IPC Athletics to interview athletes for competition broadcasts and social media channels.

“I can’t wait,” said the Ysgol Y Cribarth pupil from Abercraf. “I feel like I’m part of the event and I always notice when I read and hear things about Swansea 2014.

“To watch the athletes and speak to them will be special.”

It will be case of work and play for Molly. With the British Swimming Championships on the horizon, the Swansea Stingrays swimmer will even train in a pool in Germany so that she doesn’t miss her last minute preparation for the event in Manchester the following Tuesday.

Her dad Gareth, mum Emma and four year-old brother Fraser will also join her on the trip. Gareth said:

“We’re all really excited but most excited for Molly. She absolutely loves sport and doesn’t get the chance to try some things because of her disability. To have an opportunity like this is very special to her.

“She has always been an incredibly confident young girl and will really get stuck into interviewing the athletes and promoting Swansea 2014.”

Swansea 2014 will take place at the Swansea University International Sports Village between 18th – 23rd August and will see around 600 of Europe’s best athletes compete for honours as they make their way to the Rio Paralympic Games in 2016.

The competition will feature a wealth of Paralympians, World Champions and record holders from over 40 nations.

Swansea 2014 has released around 15,000 tickets for the 5-day Championships, available both online and from local outlets. Priced at between £3.00-£7.00 per session, people from the city and athletics fans across the country can secure their place to witness action up close at morning and afternoon sessions.