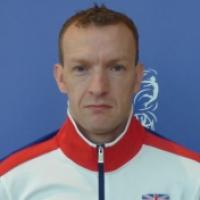 When and where did you begin this sport?
He first ran competitively in the 2004 New York Marathon in the United States of America.
Why this sport?
He enjoys the personal challenge of running a marathon.
Club / Team
Southwell Running Club: England
Name of coach
Keith Antoine [personal], from 2013
Training Regime
He trains at Loughborough University in England.

Nicknames
Lionheart [his grandmother called him this as he grew up, and when he ran the Comrades Ultra Marathon there was an article about his success called 'Richard the Lionheart']. (Athlete, 09 Dec 2010)
Hobbies
Football. (trackandball.co.uk, 11 Feb 2021)
Hero / Idol
Canadian runner Terry Fox. (bbc.co.uk, 15 Aug 2013)
Injuries
An injury prevented him from competing at the 2015 Marathon World Championships in London, England. (athleticsweekly.com, 24 Apr 2015)
Sporting philosophy / motto
"Defeat always stimulates you to work harder, there are no victories without defeat." (paralympic.org, 22 Dec 2014)
Awards and honours
He was named the International Paralympic Committee [IPC] Athlete of the Month for September 2013 and July 2016. (paralympic.org, 2013, 10 Aug 2016)

He received the BBC East Midlands Para Sportsman of the Year Award in 2006 and 2009. (douglasbaderfoundation.co.uk, 06 Dec 2009; livefluid.com, 01 Dec 2007)
Other sports
He won four gold medals in Para swimming at the 1991 World Youth Games in Adelaide, SA, Australia. He was part of the Great Britain Para ice hockey team at the 2006 Paralympic Winter Games in Turin, and has also played Para cricket for England. (SportsDeskOnline, 03 Oct 2019; marathonchamp.com, 24 Apr 2013; bbc.co.uk, 29 Jul 2011)
Ambitions
To win a gold medal at the 2020 Paralympic Games in Tokyo. (worldmarathonmajors.com, 08 Feb 2019)
Impairment
He was born without legs. (Athlete, 09 Dec 2010)
Other information
PODCAST
He co-hosts the 'Track and Ball' podcast alongside English footballer Ellen White. The podcast features guests involved in elite sport. "The real reason we're doing this is because we feel that athletes sometimes are portrayed in a manner that is only performance. We want to really show athletes as real-life individuals that have personalities, that have private lives. But also we want to inspire and liberate the nation. Athletes, being successful in their own discipline, they realise that they've got responsibilities to give back to the public. We want the guests to really enjoy the podcast as well so we're doing a lot of research around those kinds of questions that they've never been asked before. I think what you find is, especially with me and Ellen being athletes ourselves, you always get asked the same thing. But those kinds of real questions that maybe you've never been asked before, those self-discovery questions, that are really important. So, for instance, with Rebecca Adlington [British swimmer] we talked a lot about the menstrual cycle and how the time of the month really affected her performance." (nottinghampost.com, 31 Dec 2020)

RUNNING ACROSS COUNTRY
In 2013 he ran 40 marathons in 40 days across Great Britain. He covered 1,572 kilometres in an effort to raise money for charity and increase awareness of Paralympic sport. (insidethegames.biz, 16 Oct 2013)

EMOTIONAL GOLD
He dedicated his gold medal at the 2012 Paralympic Games in London to his friend Simon Mellows, who passed away in 2005. "I run with what inspires me, and I did that for my friend Simon Mellows. Each challenge I am faced with, I know he's there looking down on me and kicking my butt whenever I need it." (guardian.co.uk, 01 Sep 2012) 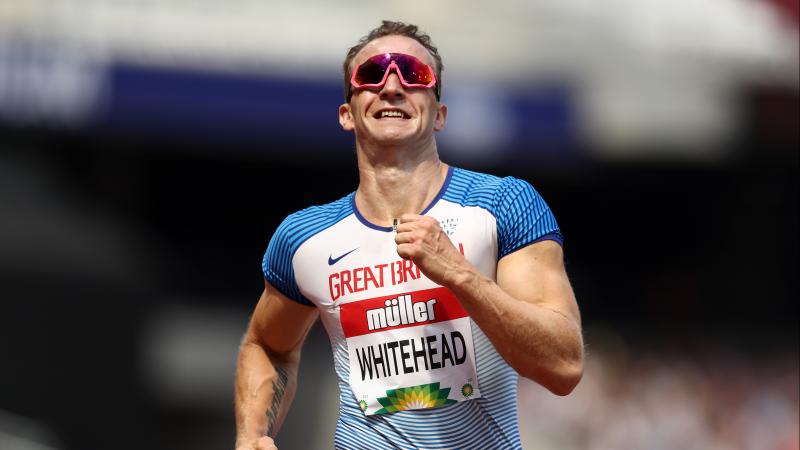