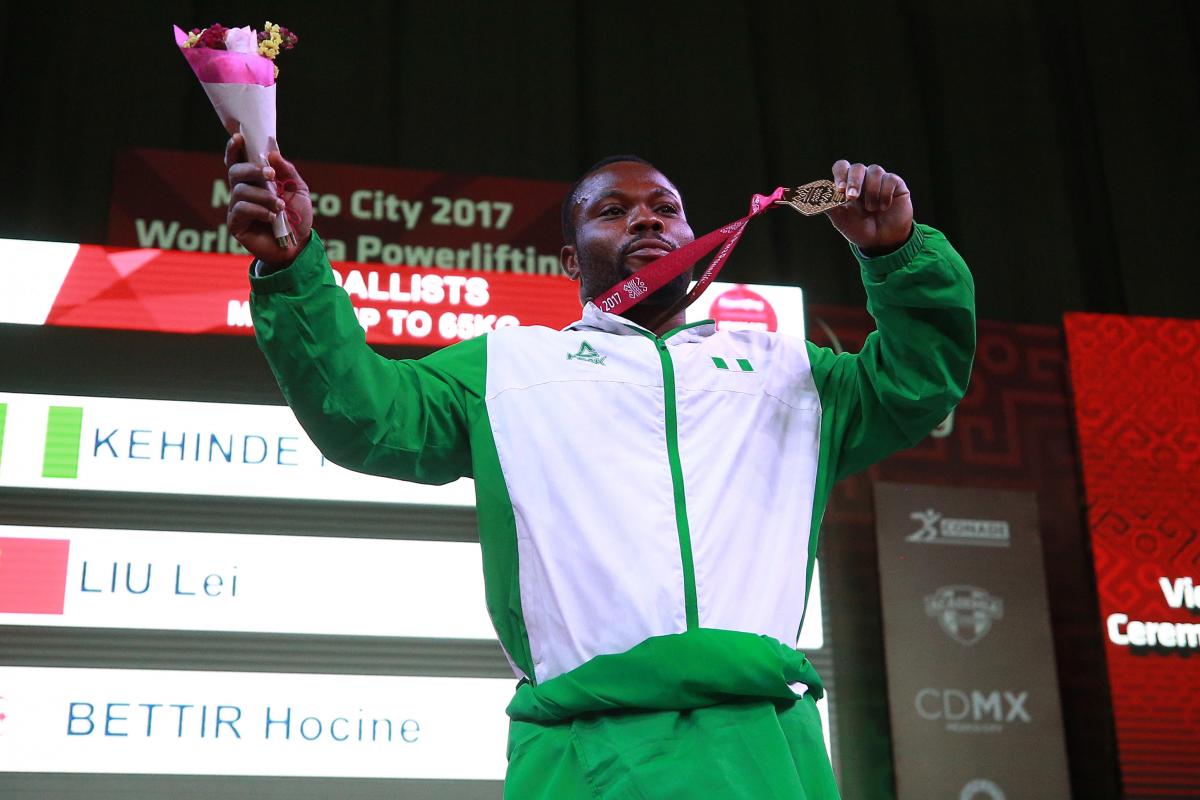 Nigerian Paralympic and world champions are hoping to win all four powerlifting competitions taking place at the Gold Coast 2018 Commonwealth Games on 10 April.

The powerlifting competition combines bodyweight categories into two male and female events. As athletes from different categories will compete against each other, a formula called AH (Haleczko) will provide a final point to each powerlifter according to their lifts to determine placings.

Paralympic and world champions Paul Kehinde (up to 65kg) and Roland Ezuruike (up to 54kg) are ready for a Nigerian showdown in the men’s lightweight. Another powerlifter to look out for will be Great Britain’s Ali Jawad (up to 59kg), who returns to competition after being sidelined through illness.

Three-time Paralympic gold medallist Lucy Ejike (up to 61kg) will start as favourite in the women’s equivalent. Her strongest opponent will be Nigerian teammate Esther Oyema (up to 55kg). Australian crowd will be behind former track and field athlete Kelly Cartwright.

Nigeria’s Dubai 2014 world champion Abdulazeez Ibrahim (up to 97kg) will be a leading medal contender in the men’s heavyweight. He will compete against Australians Ben Wright (up to 88kg) and Leigh Skinner (up to 80kg).

Rio 2016 champion Ndidi Nwosu (up to 73kg) will go for Nigeria’s fourth gold in the women’s heavyweight.

A total of 33 powerlifters from 11 countries will compete across all powerlifting categories in Gold Coast.

More information about the powerlifting competition is available on the official website.

Athletics
Gold Coast 2018: Hollie Arnold on top of the world