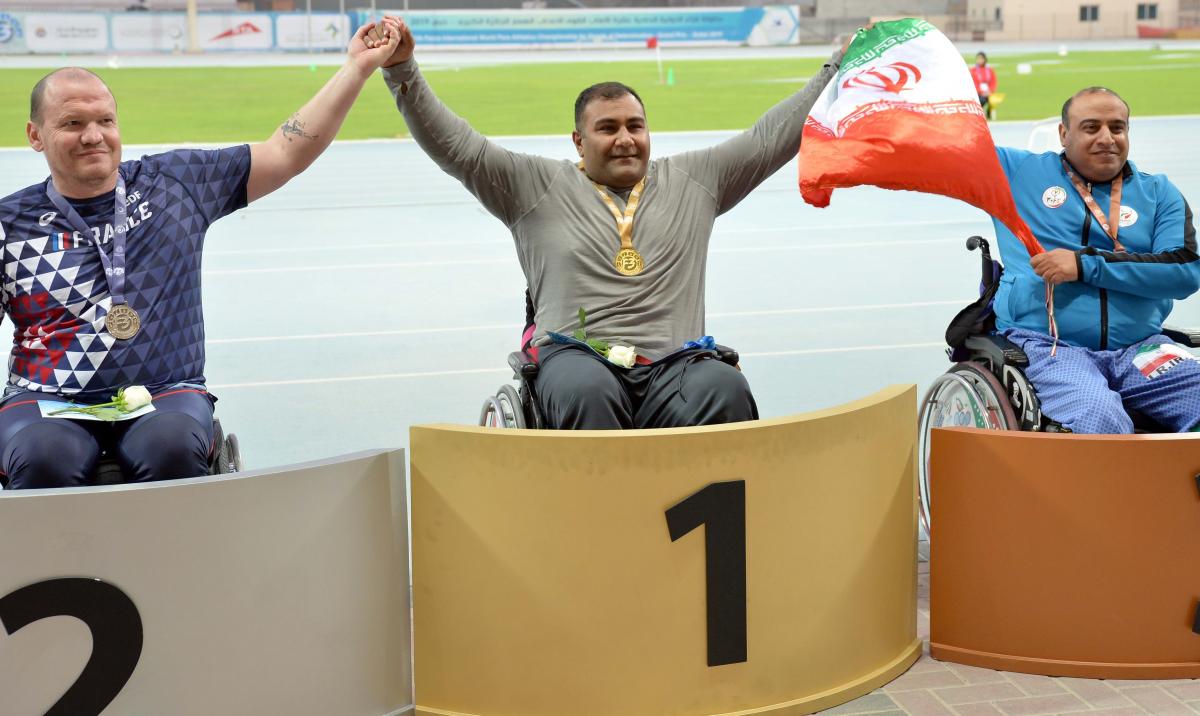 Iran’s Hamed Amiri is dreaming of global gold after claiming three wins at the Dubai Grand Prix which concluded in the United Arab Emirates on Wednesday.

After winning shot put and discus gold earlier in the week, Amiri completed his hat-trick with a win and a new Asian record in the javelin F54 on the final day of competition.

“This is the first competition of 2019 and I am very happy to start on a golden treble,” said Amiri, who threw an impressive 30.60m in the third round of the men’s javelin F53/54, matching the distance with his sixth and final effort of the day.

The 36-year-old, who competed in strongman competitions before a car accident damaged his spinal cord seven years ago, won shot put silver on his Paralympic Games debut at Rio 2016 before going on to claim a silver and bronze at the London 2017 World Championships.

After seeing off a stellar field including Belarus’s European champion Aliaksandr Tryput and Greek Paralympic and world champion Manolis Stefanoudakis in Dubai, he is now more focused than ever on claiming his first major global title.

“I know what to expect now in the coming season. In the javelin, I have to improve my distance at least my one metre to get a gold at the World Championships. My dream is to win Tokyo2020 gold,” he added.

Out on the track, middle-distance star Abdellatif Baka (16:43.20) proved that he’s more than capable when it comes to long-distance racing this year.

“It's nice to get a gold. This compensated the first place miss yesterday,” said Baka, who had to make do with a silver in the 1,500m – his main event - on Tuesday. “I am already excited to return here and compete at the World Championship in November.”

Australia’s Madison de Rozario (12:09.48) also heads to Tokyo with Grand Prix gold in her suitcase. The reigning world champion was the clear winner in the women’s 5,000m T54.

There were a number of 400m races out on the track on day four of the Grand Prix.

Great Britain’s Paralympic champion Paul Blake (55.86) continued to show that he’s put last year’s injury worries behind him with a win in the 400m T36. The 29-year-old, who won the 800m on Monday (25 February), missed last year’s European Championships with a foot injury.

“Job done here lots still to work on but pleased with my races,” he Tweeted afterwards.

The 400m T13 race was won by 18-year-old Belarusian Ivan Lukashevich (53.36) – his second gold of the week after getting the better of world and Paralympic champion Baka in the 1,500m T13 a day earlier.

“I am so, so happy. I injured my right leg while competing in 1,500m race yesterday so I wasn't sure if I could finish well,” said a relieved Chida.

In the women’s club throw F32, the head-to-head rivalry between Algeria’s reigning world champion Mounia Gasmi and Tunisia’s Paralympic champion Maroua Ibrahmi was reignited - with no let-up in excitement either.

Despite Ibrahmi leading for four rounds, it was Gasmi who took the win thanks to her fifth-round effort of 25.69m.

Full results from the Dubai Grand Prix can be found online. 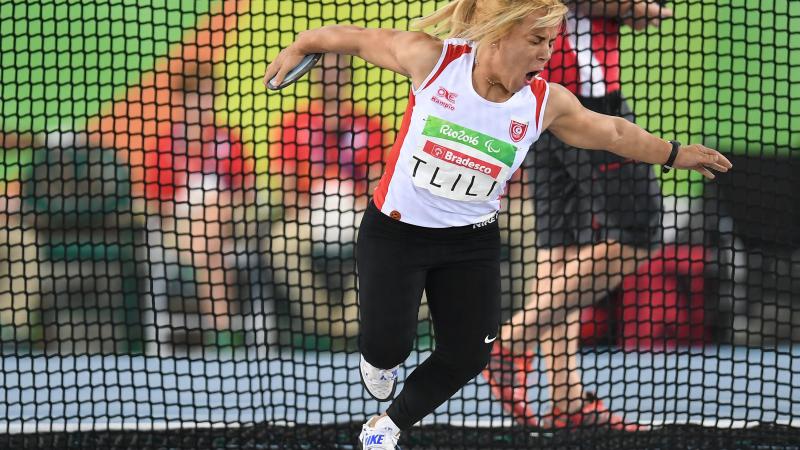