Marathon Majors: How do things stand? 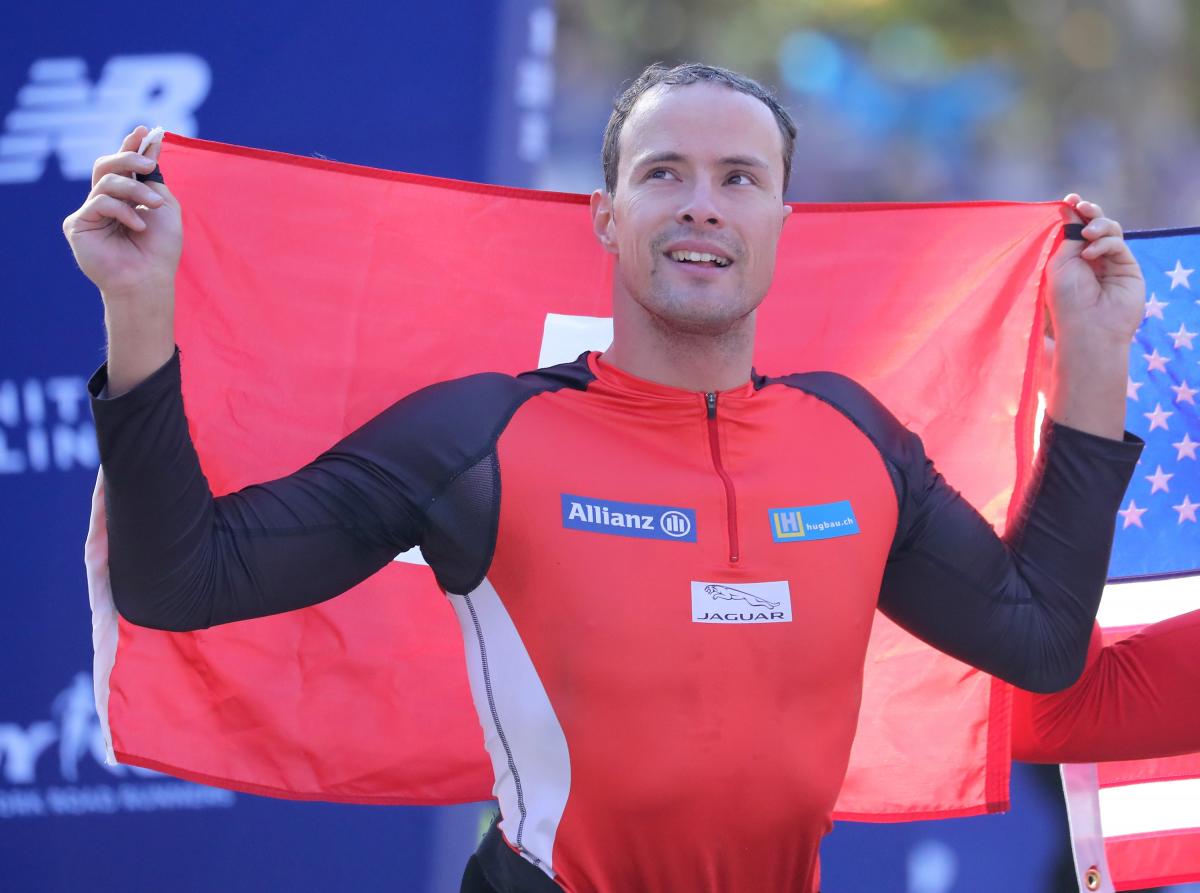 Marathon action returns for the world’s top wheelchair racers with the Boston Marathon next Monday. But who are the key contenders for the Abbott WMM title? And who came out on top in the year’s first showdown in Tokyo? Here is a rundown of how things stand.

The first major marathon of the year took place in Tokyo, Japan, in March, with Swiss duo Marcel Hug and Manuela Schaer claiming first place in the men’s and women’s wheelchair races.

The Abbott WMM series began in Berlin, Germany, in 2018, and takes in six major marathons around the world, finishing back in the German capital in September. Points from an athlete’s best four races go towards their final score.

Wheelchair racers can also secure a maximum of three bonus competition wins (8 pts) from sprint sections during each race.

Going in to Tokyo, two-time series winner Hug was trailing the USA’s Daniel Romanchuk – who won in Chicago and New York last year - by 19 points.

Thanks to 25 winner’s points plus eight bonus points for winning the sprint section during the race in Tokyo, Hug has narrowed the gap to just two points.

Berlin Marathon champion Brent Lakatos remains in third place despite a disappointing race in the cold and wet of Tokyo, which he admitted was the ‘hardest race I have ever done’.

It’s tight at the top and there’s certainly plenty to play for at the next race in Boston.

Defending Abbott WMM series champion Manuela Schaer earned a maximum 33 points in Tokyo – 25 for the win plus eight bonus points – to extend her lead at the top of the women’s leaderboard.

Schaer has won all four of the races in Series XII so far – Berlin, Chicago, New York and now Tokyo.

Tatyana McFadden, who won the inaugural women’s wheelchair series in 2017, leapfrogs up to second place in the current series after finishing second in Tokyo. Fellow US racer Susannah Scaroni notched up her third podium finish of the series so far and sits in third place.