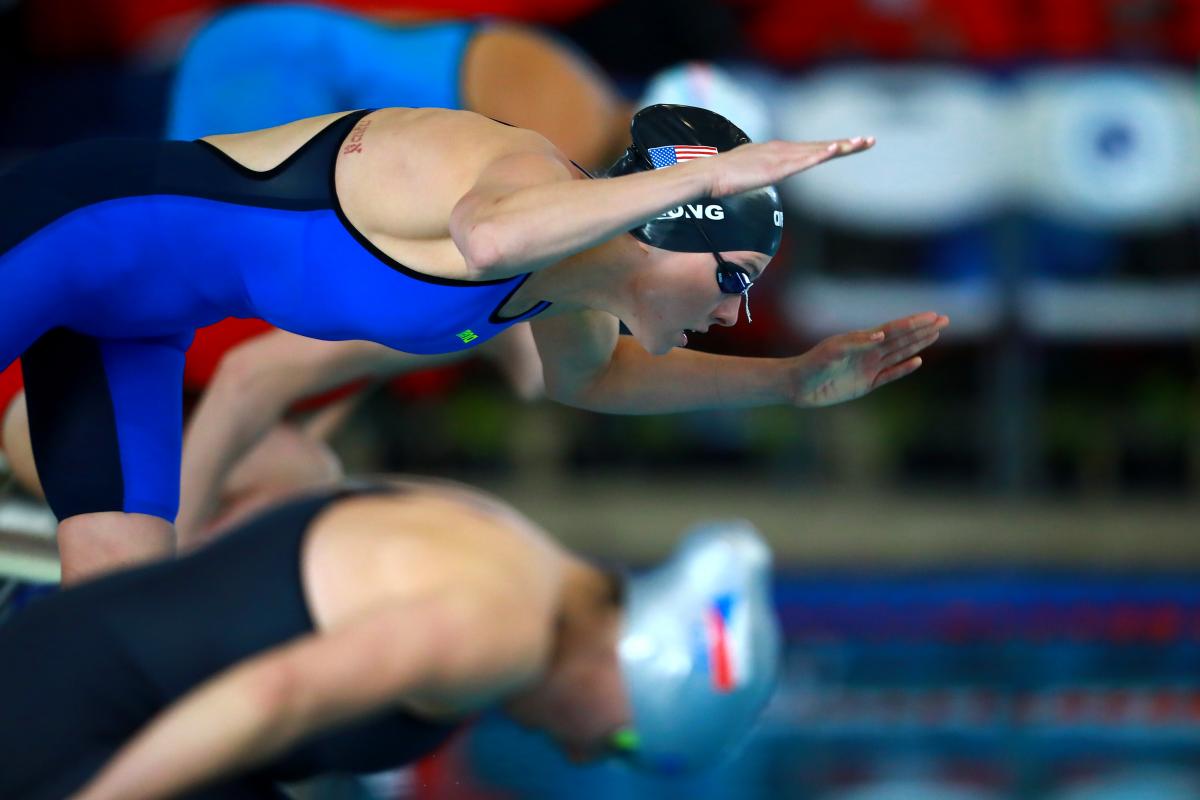 If the individual medley races on day three of the Para Pan Pacific Championships are anything to go by, Tokyo 2020 will be one of the most competitive Paralympic Games yet. Cairns, Australia, witnessed a thrilling session of finals as some of Para swimming’s biggest names claimed their first Para Pan Pac titles on Saturday (11 August).

The comeback of SM8 world record holder Jessica Long was well worth waiting for, as she claimed her first gold after months away from the sport. Swimming the individual medley in a time of 2:40.66, it was a tight win for the American athlete with Australian Lakeisha Patterson proving Long needs to watch her back in the lead up to Tokyo, powering through the water in the freestyle leg to finish just behind. Canada’s Danielle Dorris took third place.

“That race was really exciting. I’ve really enjoyed my summer and for me since Rio, I needed to take a break from swimming and focus on the mental side of it and find that balance,” Long said.

“My training hasn’t been completely consistent and that’s what makes that so exciting for me, regardless of what other athletes are doing. I’ve only been in the water for about a month, and being back in the water, particularly in Australia, there really is nothing better.

The other women’s 200m IM final that promised plenty and delivered was the SM10. Paralympic legend Sophie Pascoe of New Zealand won her first gold medal of the competition swimming the race in a time of 2:28.82, with Canada’s Aurelie Rivard in career-best form placing second to add to her two freestyle golds. Katherine Downie took the bronze for Australia.

“It was pretty tough to be honest. Going into the final tonight, we had a pretty close race with all the S10 girls qualifying in that 30 bracket. So tonight was about going out there and winning it.

The men’s 200m individual medley SM14 final was a battle between the best of Japan, with 19-year old Dai Tokairin and Keichi Nakajima coming up against each other. Tokairin broke an Asian record, swimming his final in a time of 2:09.80 – just one second off the world record. Nakajima had to settle for silver, with Australian Liam Schluter taking bronze.

“I took lessons from last night’s relay but when I’m in the water, I try not to think about anything but enjoying my swimming,” Tokairin said.

“I did notice the other athletes in the water, but I didn’t worry about it. It gives me hope for Tokyo but I’m not trying to think too much about the future and instead continue to practise and work on my accuracy.”