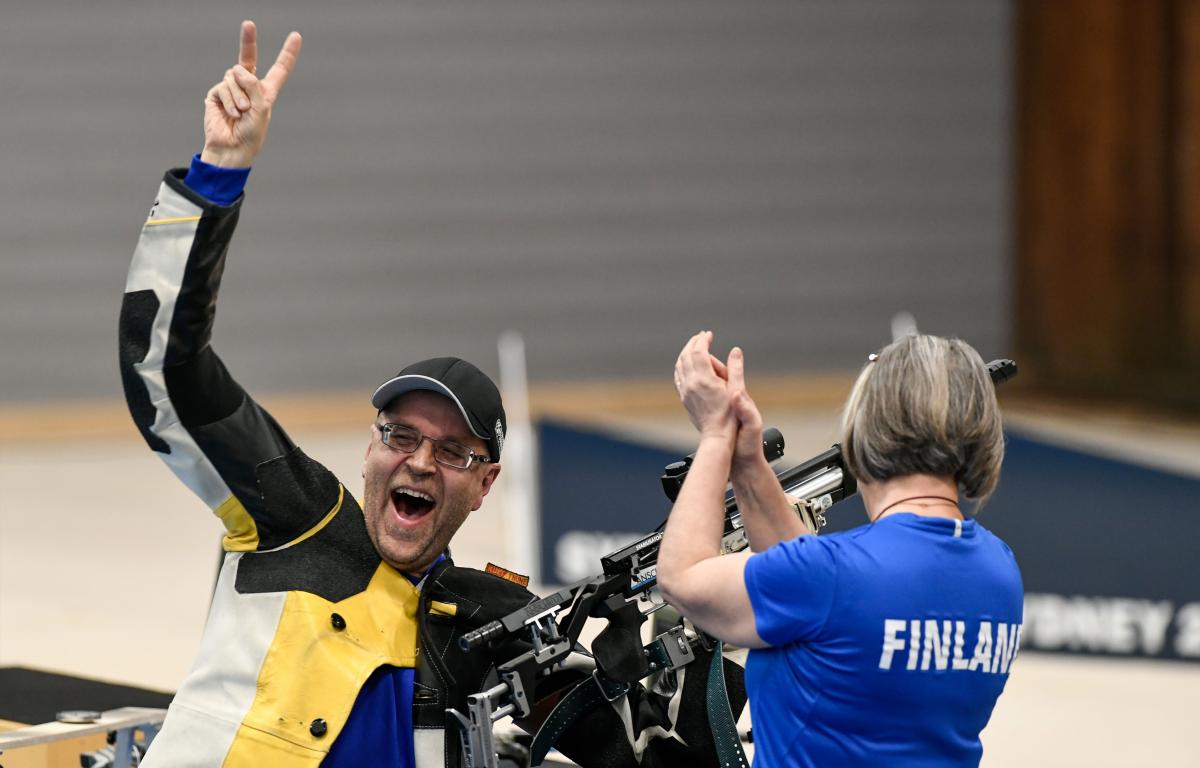 The Finn was not just celebrating his gold medal in the VIP (mixed 10m air rifle prone SH-VI).

He was celebrating history.

Vision impaired joined World Shooting Para Sport as a third disability category earlier this year, and Tuesday marked its debut at a Worlds. 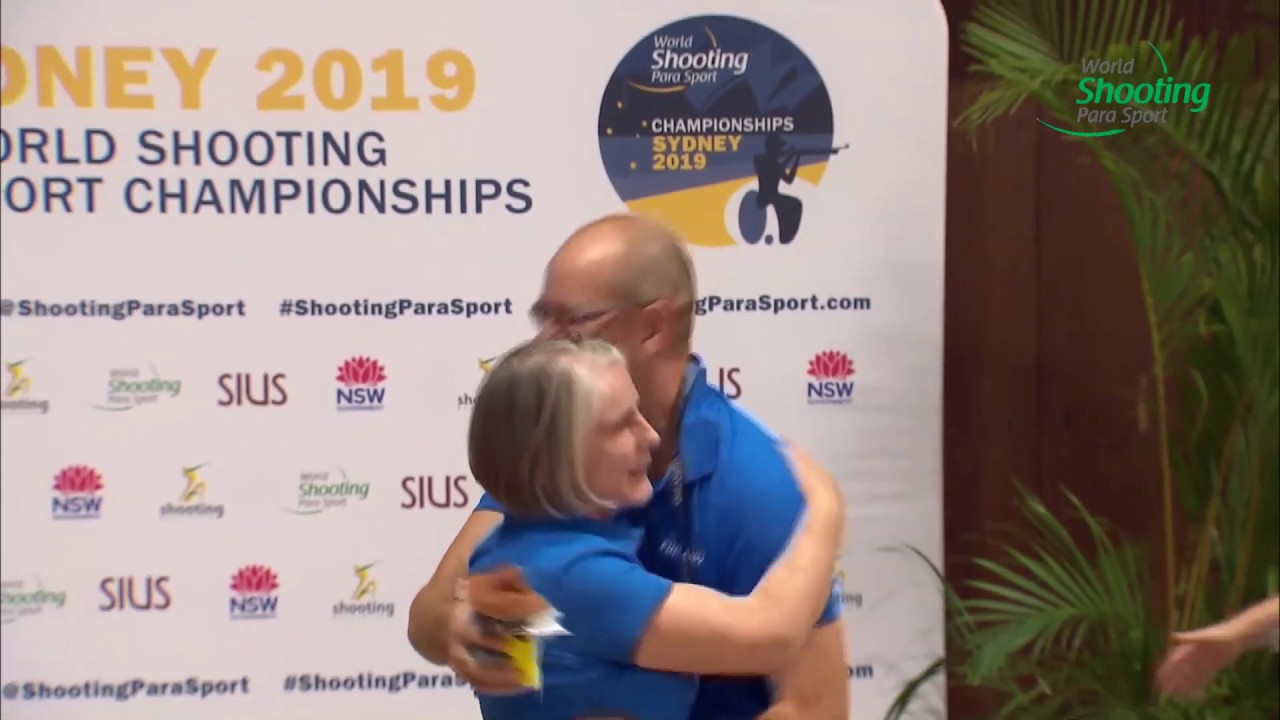 “This is the one thing I never had,” Nystrom said. “I have been a European champion but never a world champion. I am usually the lucky loser at fourth place. But this time I’m first and it feels great.”

Nystrom was not in medal position after the first two series. But he knew he had more to go, and went on to triumph with a world record score of 242.3, more than 10 points ahead of runner-up Daniel Waloe of Norway. USA’s Jim Sadecki took bronze.

“Nerve-handling, that is the key,” Nystrom said. “I stayed calm the whole final. I shot a couple of bad shots. Those first five were upsetting me a little bit. But I concentrated a little more and got it under control.

“I started the sport in 1996, so I’ve been doing this for a very long time and we’ve been struggling with aiming systems and normal light that we can use to see with our eyes. And now we have this camera system that can be used during daylight and total darkness. And this [the World Championships] is a big step.”

As he stopped every now and then, talking to his fellow vision impaired athletes, the world champion added:

“We are so happy, all vision impaired shooters. This is a big moment.”

Battle to the bitter end

“I feel like I got a big present,” said Lee, who did not make the final at his home Worlds last year. “I cannot wait to see my 11-year-old son in Korea and tell him the news.”

It all came down to the last series against 2018 world and European champion Dragan Ristic of Serbia.

HE DID IT! Double world champ for Oleksii Denysiuk💪🏽💪🏽💪🏽

So to win the event – one of the loudest, longest and unpredictable with wind factored in – meant something more.

“If we are talking about favourite and not favourite event, this is not my favourite,” Denysiuk said. “To win this is like defeating my internal enemy.”

Denysiuk took the lead very late thanks to a brilliant 10.7 shot that bumped him to gold-medal position.

China’s Chao Yang matched that shot in his second series. But Denysiuk was even better in the final shot series to finish with 225.8, enough to leave Yang (224.4) at second.

“I feel excellent,” said Denysiuk, who also won the 25m event on opening day. “I was not nervous today because I had two golds in team events and one individual, so the task was just to come to the range and shoot.
“It [my four golds] are more than I expected.”