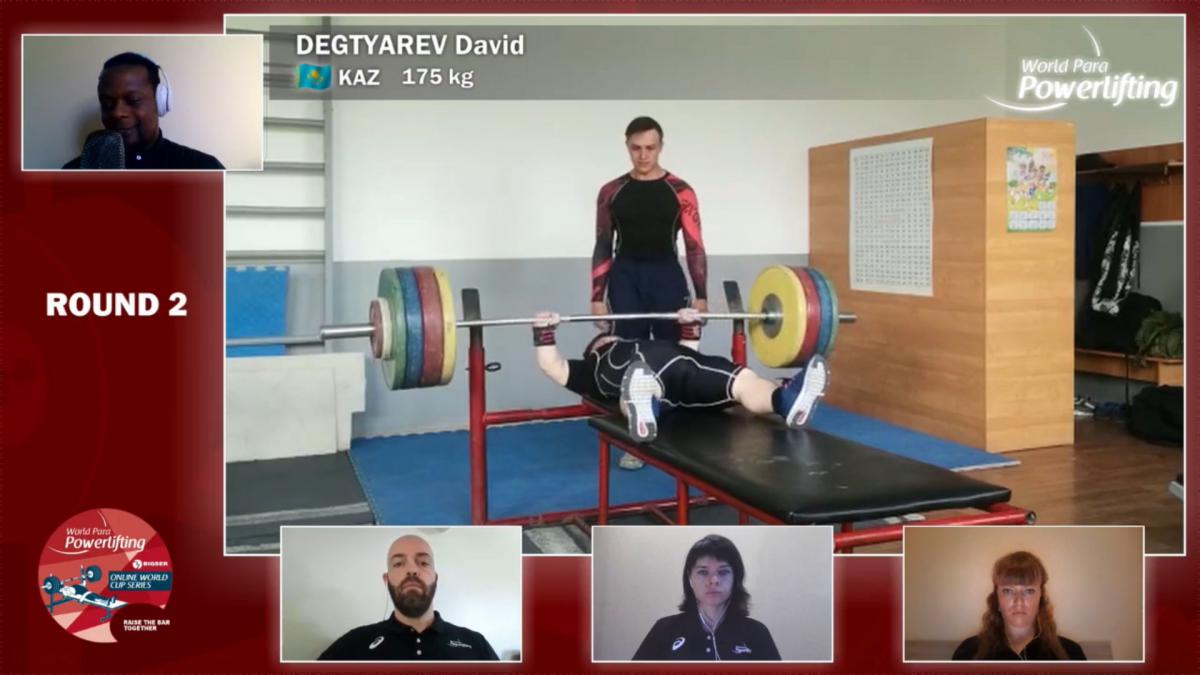 If working from home is the new normal, then Vera Muratova is definitely thriving. The Russian powerlifter beat 20 competitors to win the women’s category in the fourth edition of the World Para Powerlifting Online World Cup Series, presented by BIGSER.

The fourth edition of the Online World Cup Series took place on Monday (31 August) to mark the one-year-to go celebrations to the Tokyo 2020 Paralympic Games.

As in previous events, athletes had the opportunity to submit up to four videos of their lifts competing from home or their local gym.

The difference this time was that the Technical Officials judged the attempts during a live show broadcast on World Para Powerlifting Facebook page with almost 18,000 views.

With this success, Muratova has an even more comfortable lead in the overall series rankings with 247.5 points ahead of Italy's Paolo Agosti (201.5) and compatriot Mamadamirova (184.5). The overall series winner will receive a bar from World Pora Powerlifting Official Partner Eleiko.

Dates for the fifth and final Online World Cup Series are to be confirmed.