Australian Ellie Cole set her second world record of the day whilst there were three golds for the USA. 13 Jul 2015
Imagen 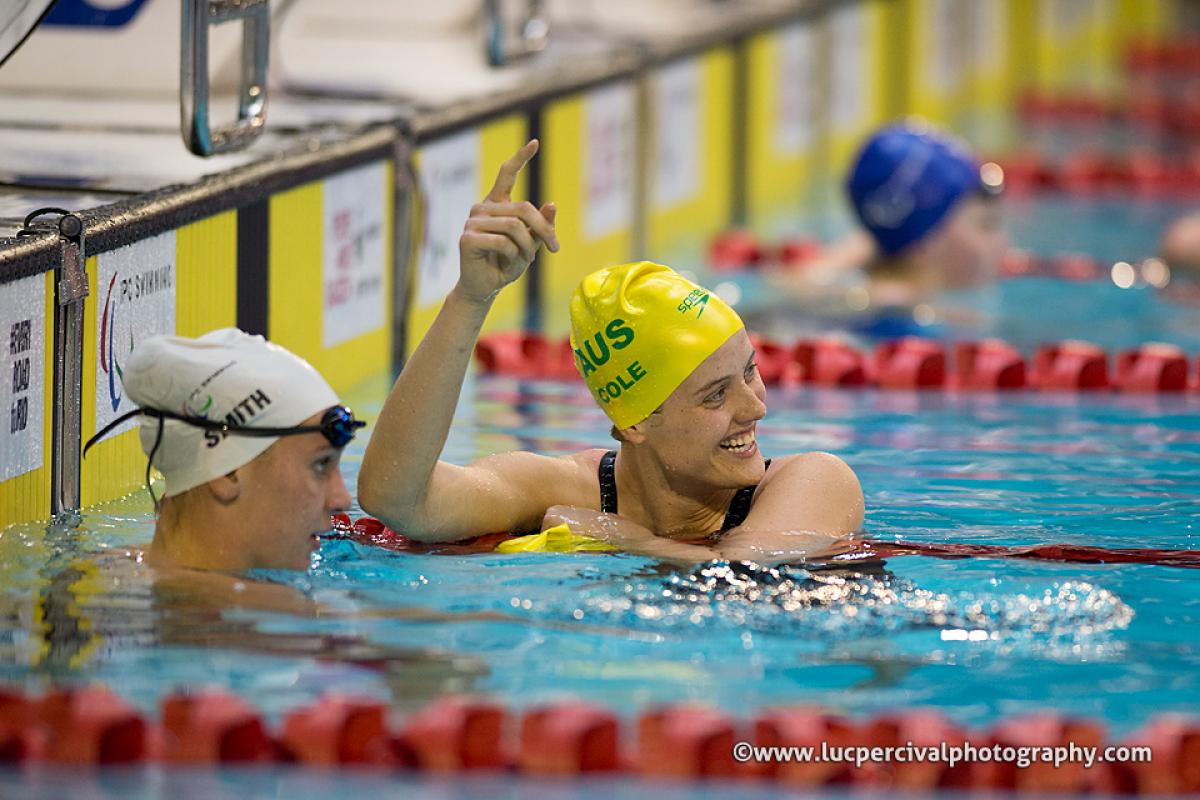 “I did hopefully what I needed to do. It was a good time on my part and it one of the best times I’ve done since [London] 2012. It was the best I could have done on the day to be honest.”

In the final race of the day, the Brazilian team of Estefany Rodrigues, Clodoaldo Silva, Daniel Dias and Joana Maria Silva (2:29.80) sealed the third world record of the evening session with victory in a thrilling 4x50m freestyle 20 points. Ukraine (2:35.88) were second and Russia (2:37.63) third.

Earlier in the evening there was a major shock in the women’s 400m freestyle S6 as Ukraine’s Yelyzaveta Mereshko (5:21.76) beat Great Britain’s Ellie Simmonds (5.22.54) to the world title. The pair fought hard, but Mereshko managed to beat Simmonds, who had won gold in the event at every major international event since 2008, to the wall. Italy’s Vianney Trejo (5:46.12) was third.

“It was such a tough race,” Simmonds said. “I did hopefully what I needed to do. It was a good time on my part and it one of the best times I’ve done since [London] 2012. It was the best I could have done on the day to be honest.”

Daniel Dias (35.34), Brazil’s most successful Paralympic swimmer, set a new Championship record as he got the better of home favourite Andrew Mullen (37.68) in their long-anticipated face-off in the men’s 50m backstroke S5. Turkey’s Beytullah Eroglu (40.27) completed the podium.

Continuing the Brazilian success was reigning world champion Andre Brasil (23.20) in the men’s 50m freestyle S10. Although he was just outside of the world record, Brasil pulled out his best when it counted to beat his teammate Phelipe Rodrigues (23.81). Canada’s Nathan Stein (23.84) was third.

The USA won the most individual world titles on the first day of Glasgow 2015 with Cortney Jordan winning the first of three golds for Team USA with victory in the women’s freestyle S7. Jordan (1:11.93) pulled away from the field on the turn to leave an incredibly close fight for silver and bronze. Russia’s Ani Palian (1:12.98) and Great Britain’s Susannah Rodgers (1:13.10) battled it out to the wall to take second and third respectively.

Bradley Snyder (56.78) won his first world title in the men’s 100m freestyle S11with a Championships record that was just over one tenth of a second off the world record. Brazil’s Matheus Sousa (59.20) took silver whilst South Africa’s Hendri Herbst (1:00.35) secured bronze.

“I’ve had my eye on that [world] record since 2012 and I know I’m capable of it,” Snyder said. “I’m looking forward to hopefully having another shot at it in Rio next year. I’ve proved to myself that I’m capable and now I just have to do it.”

Jessica Long (1:09.79) said she was “ecstatic” after winning a keenly contested women’s 100m butterfly S8. Holding a slender lead after the turn, the US swimmer held off a stiff challenge from Ukraine’s Katernya Istomina (1:10.05) who settled for silver. Australia’s Maddison Elliott (1:14.20) took the bronze.

Ukraine’s Dmytro Vynohradets (3:28.89) got his campaign to retain his seven world titles underway with a win in the men’s 200m freestyle S3. Russia’s Alexander Makarov (3:35.19) took silver ahead of Italian newcomer Vincenzo Boni (3:41.96).

Canada’s Aurelie Rivard (27.87) stormed to victory in the women’s 50m freestyle S10, finishing ahead of Russia’s Nina Ryabova (27.91) in a new Americas record time. Rivard also took the scalp of New Zealand’s world champion Sophie Pascoe (28.00) who could only manage the bronze.

“It’s a great start.” Rivard said. “It gives me a lot of confidence for the week and a lot of motivation.”

Great Britain’s silver medallist Scott Quin (1:07.99) just lost out to Evers in the last few metres and had to share silver with Japan’s Paralympic champion Yusuhiro Tanaka who clocked exactly the same time. 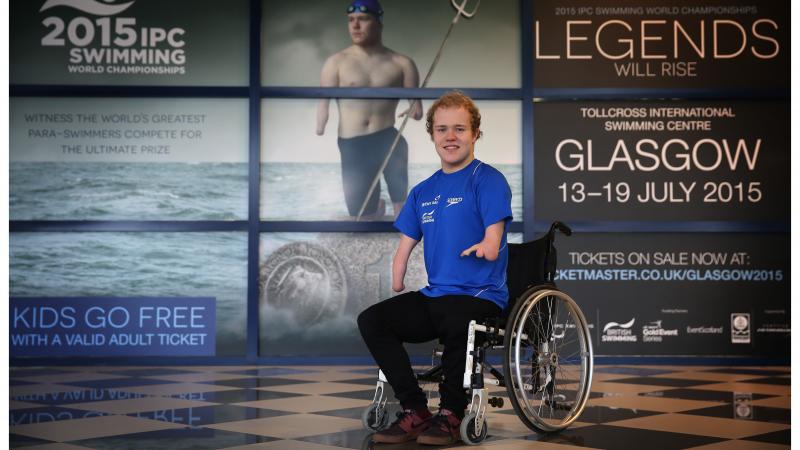 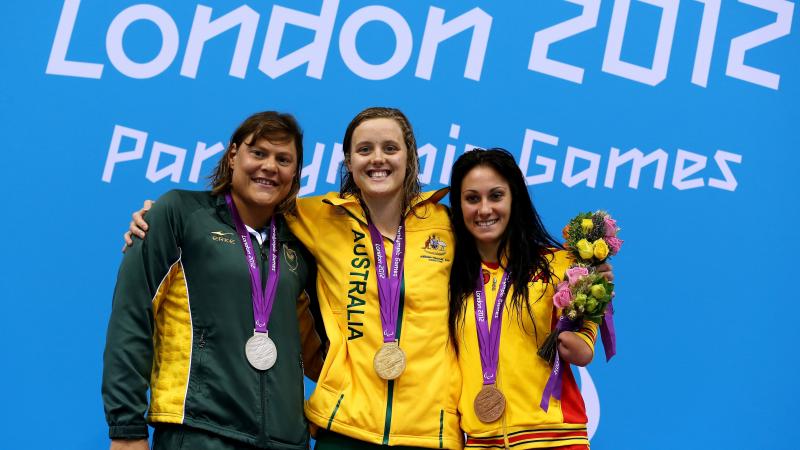 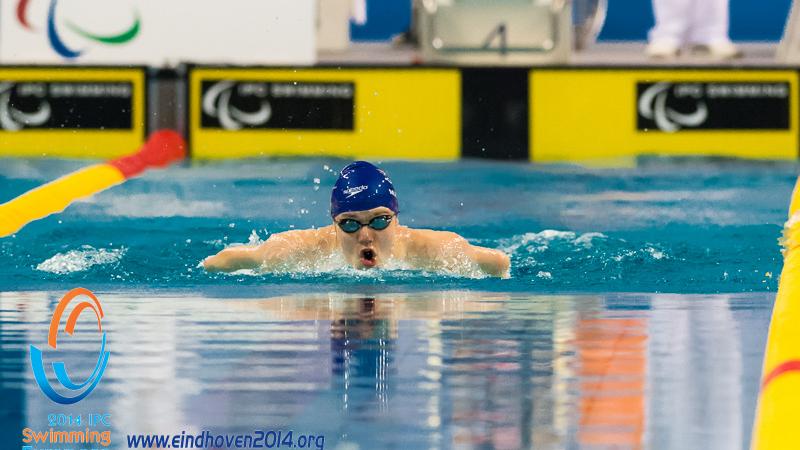