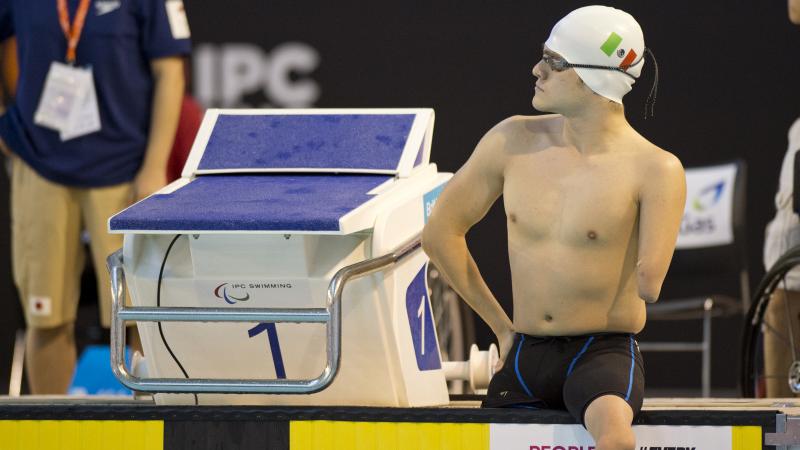 With a raft of Americas records to his name, he is also one of the most prolific Para swimmers in the region.

Born with a congenital limb deficiency, Sanchez began Para swimming at the age of seven.

His first World Championships were in the same year as his international debut (2010) where he quickly made his mark with three bronze medals in freestyle S4 events.

By the time London 2012 came around, the then 18-year-old was ready for the biggest competition of his life and delivered two golds, one silver and one bronze in front of thousands at the Aquatics Centre.

A 200m freestyle specialist, Sanchez was again the best performer in his team and as a result was awarded the 2012 National Sport Award in the Paralympic athlete category by the Mexican Olympic Committee.

He enjoys sushi, science fiction and video games and believes that “everything you want, you will get if you want it hard enough.”

In his classification he faces a tough challenge from Slovenia’s Darko Duric who, in Montreal, beat him to the 50m butterfly S4 and 100m freestyle S4 world titles.

In 2015, once again at the Worlds, the field had got even deeper. South Korea's Giseong Jo burst onto the scene to win two titles, including the 200m freestyle.

But Sanchez proved his podium potential once again, claiming bronze in his favourite 200m freestyle. In 2017, he will have the chance to go for medals in his home country when the World Para Swimming Championships roll into Mexico City from 30 September. Sanchez will be looking to give Mexico something to cheer about as one of his country's brightest hopes.

When and where did you begin this sport?
He began swimming at age seven at the National Autonomous University of Mexico [UNAM] swimming pool in Mexico City, Mexico.

In 2009 he received the Luchador Olmeca [Olmec Wrestler] Award from the Mexican Sports Confederation [CODEME]. (Facebook page, 28 Jun 2019; codeme.com.mx, 05 Nov 2015)
Impairment
He was born with malformations to both legs and his left arm. (excelsior.com.mx, 20 Oct 2015)
Other information
FILM
A documentary of his life was shown at the 2014 Monterrey International Film Festival in Mexico. Directed by Eduardo Lucatero, the film featured his training and family life in the lead-up the 2012 Paralympic Games in London. "I'm glad my life and sporting career has come to the movies because it shows people that everything I have achieved is the result of hard work. Achieving success requires dedication and commitment in what you do." (unam.mx, 30 Jul 2014)

BOOK
His mother, a university teacher, wrote a book about his life called 'To live without limits: the story of Gus'. (excelsior.com.mx, 20 Oct 2015) 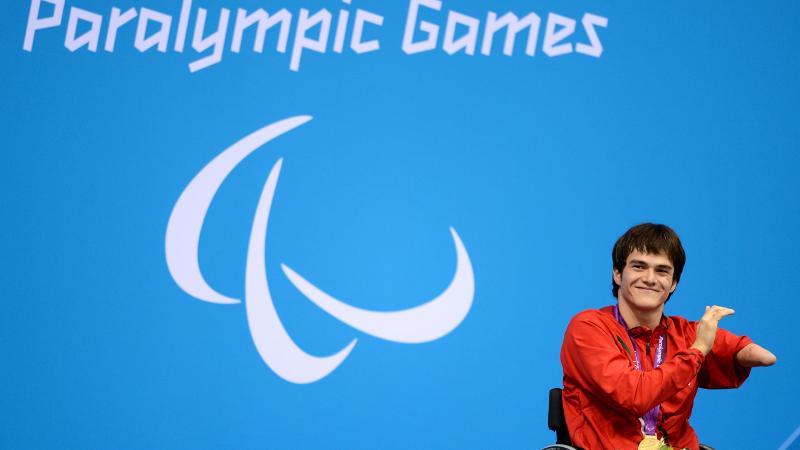