'Crocheting helps because it allows me to do something with my hands, it keeps me in the present' 11 Sep 2021
Imagen 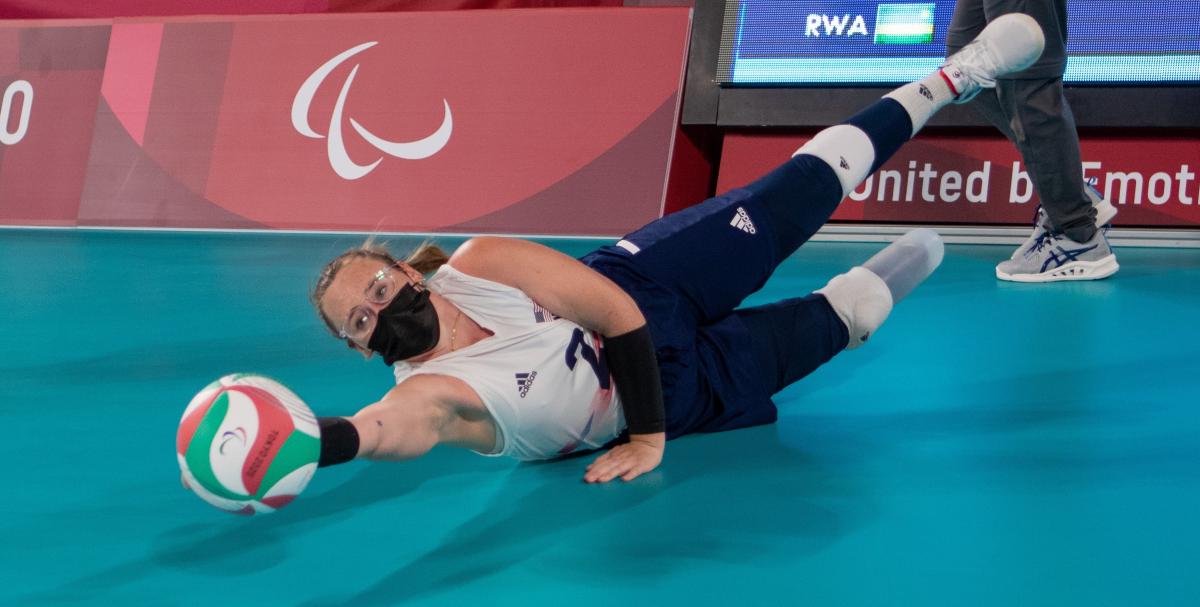 Bethany Zummo has been through an intense mental journey to win the Tokyo 2020 sitting volleyball final with the USA team. From a delayed arrival due to COVID-19 exposure, to prolonged distance from her husband, to panic attacks from the performance pressure; she has faced it all in recent weeks.

The time spent in quarantine, waiting to hear whether she could compete or not, was difficult for the US athlete, who decided to seek support from a sports psychologist. “We really worked on giving me the tools to be mindful and just be here, because the anxiety is real. It was about putting an identity to what the actual fear is, and then just relinquishing control because I don't have any control over this situation,” she said.

When she finally arrived in Tokyo the night before her first match, this also was also a reunion with her husband, Brazilian sitting volleyball player Fabricio da Silva Pinto. The couple had not seen each other since they married in Brazil three months ago due to their respective Tokyo 2020 training schedules.

With all this going on, Zummo admitted that the pressure of the hotly contested Pool B led to a panic attack on the last day of preliminaries. During the game, which culminated in USA beating RPC 3-0 for a spot in the semi-finals, Zummo felt her mental game slipping.

“Let's be real, (pool B) is the death pool. We had China, Russia and us, and only two are making it out to even potentially medal. For the most part, we can put that away, we compartmentalise that. But when it creeps in, it's really hard to make it go away,” she said, explaining the trigger moment.

“In that third game, I started having panic attacks. Something that my trainer and I had talked about is ice, we just put ice on my forehead. It really helps me come back to the present." The cold of the ice acted like a reset, described by Zummo as "a physiology thing."

“I was really proud of myself for getting out of that. That was the first time I've ever had a panic attack in a volleyball game,” she said.

Zummo is just one of a number of athletes who have spoken out about mental health at these Games, with USA Para swimmer Anastasia Pagonis also raising awareness. “Mental health (issues) are something that I very much identify with and live with,” Zummo shared openly.

“So often I feel like athletes are just supposed to be strong and tough and hard. And we're human, before that, and we go through so much, and we're pushed to our limits, especially at this level. And so I think giving ourselves grace, giving our teammates grace to say ‘Hey what's going on in your personal life?’, ‘What did you wake up with?’, ‘What are you carrying to practice today?’, because we arrived to the gym as humans.”

When something like that happens, it was important for her to know the team was behind her. “I just put so much faith in my team that even if I messed up, I made a mistake that they were going to carry me and we were going to get through this together.”

Team captain Kathryn Holloway was conscious of Zummo’s, and the whole team’s, mental state through the competition. “There's a lot that we have been through with this group, and everybody's in different mental spaces. This is the hardest thing I think we've ever had to do so it's no shock to me that that's coming out on the court,” she said.

Another aide that the defensive libero employs is creative projects. During the COVID-19 pandemic, she started sewing fabric face masks for people in their local area, setting up 'The Zummo Collective' which has evolved into a small business making custom clothing and accessories, including wedding gowns, bags, and jewellery.

Knitting and crochet especially helps Zummo stay calm and focused. “Crocheting helps because it allows me to do something with my hands, it keeps me in the present, I'm just doing this thing, and it can kind of like, keep me here,” she said.

“I think having a creative outlet that's not competitive, where I just am free to just create, and if I mess up, I can just undo it and redo it, like you know crochet. Mistakes don't matter, as they don't hold as much weight, as much pressure. And so that's kind of where I relaxed, I can breathe I can be me.”

Perhaps we'll even see her work gain recognition, as with Great Britain's Tom Daley who went viral for knitting during the Olympics.

“I finished making something with the Agitos symbol, it’s really cute. Everybody’s been reaching out to Great Britain’s Tom Daley, so I’m hoping we can make something together.” 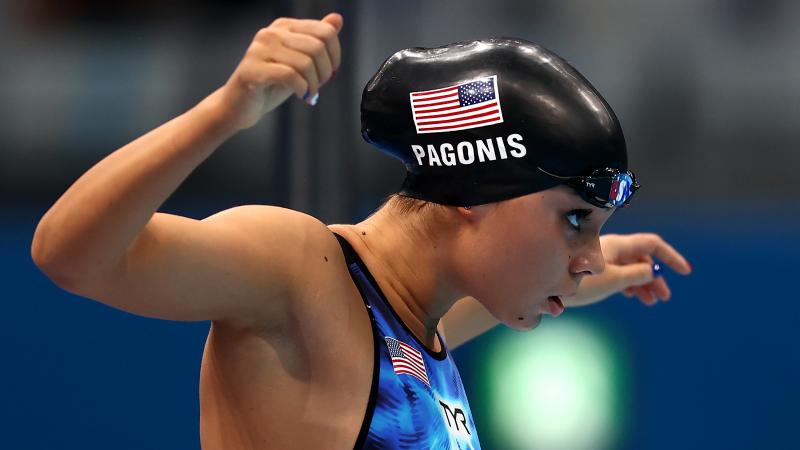 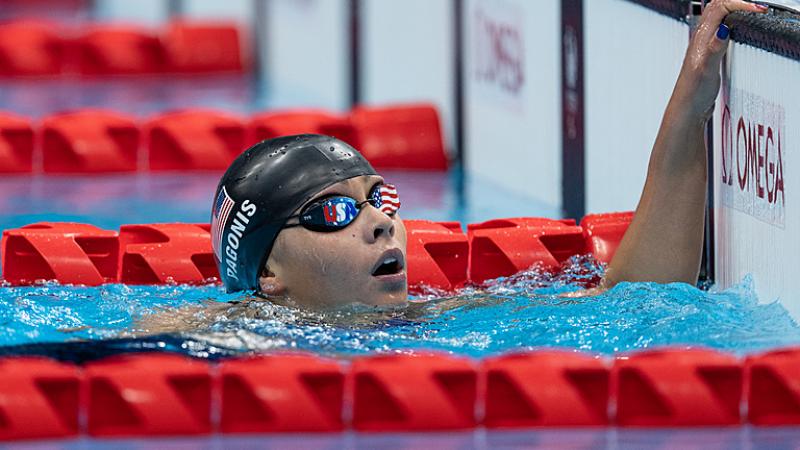 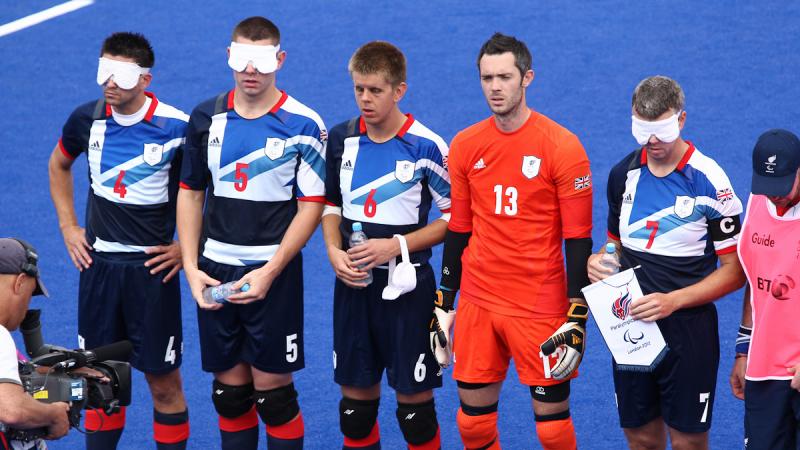 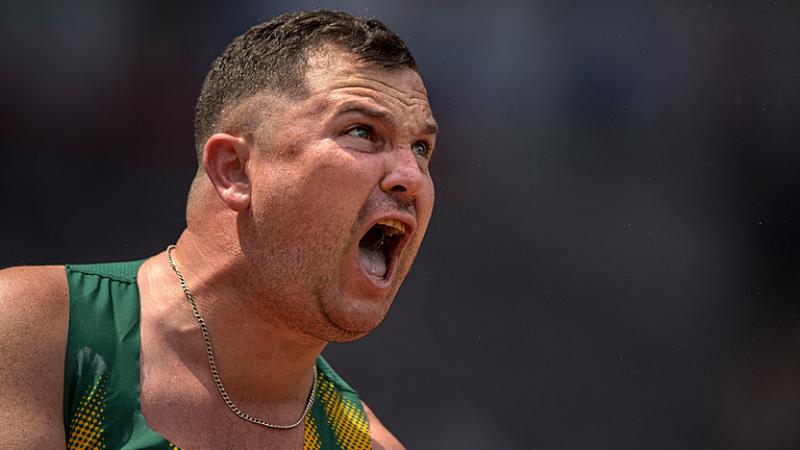 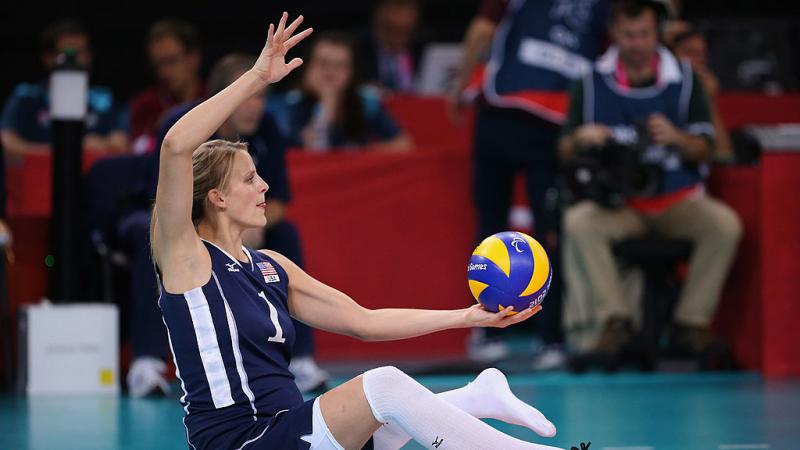 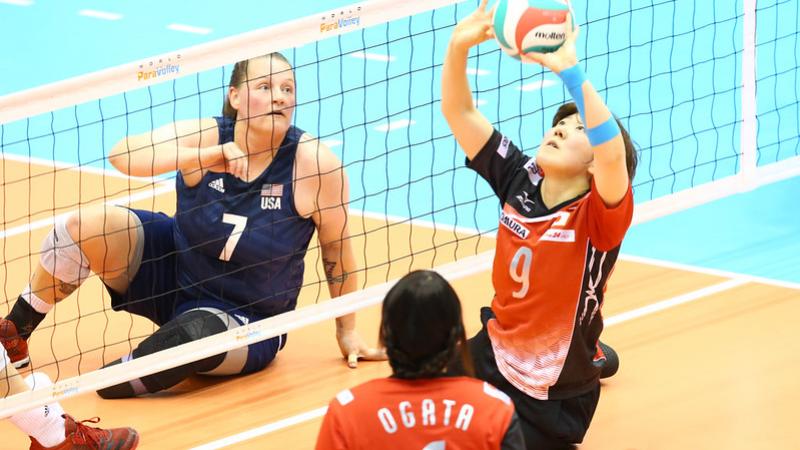 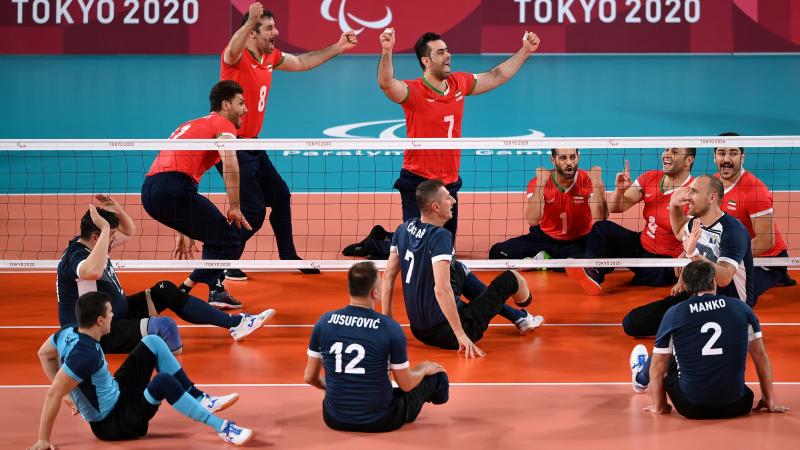