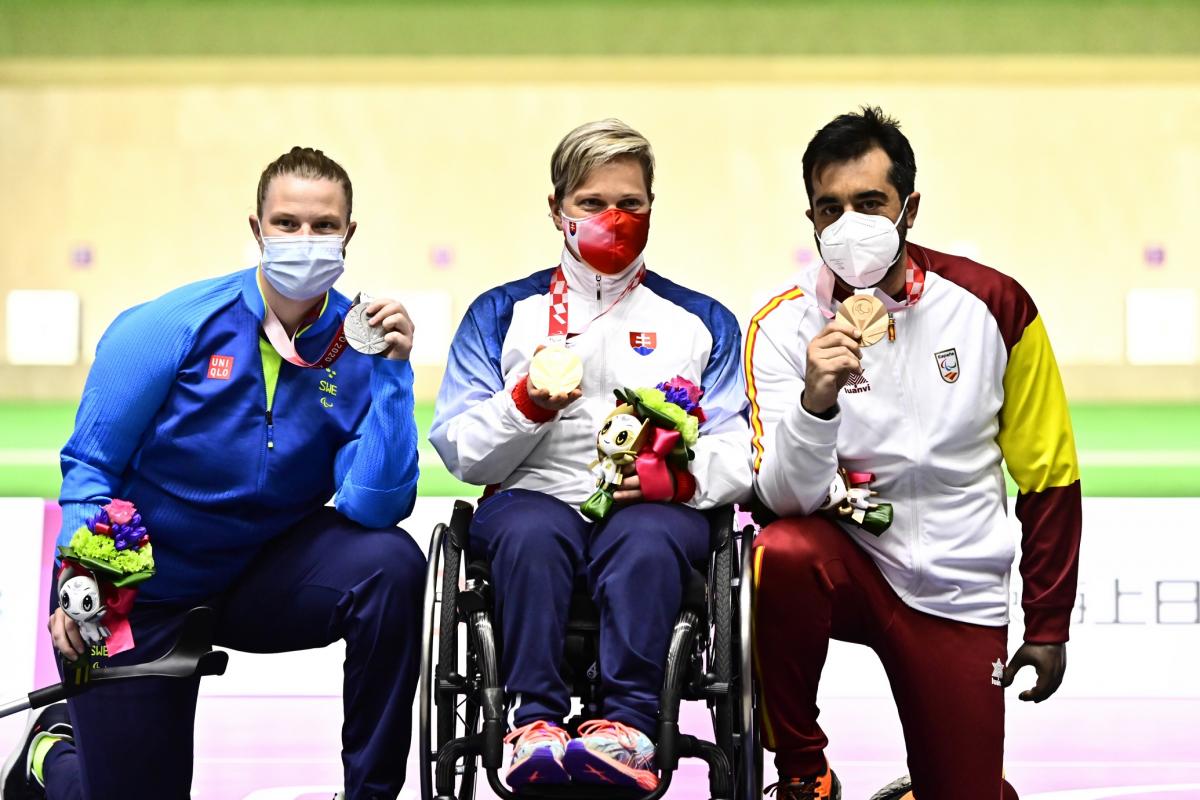 Veronika Vadovicova had to wait until the last day of the Paralympic Games on Sunday (5 September) to pick up her gold medal bringing to a close a thrilling set of contests at the Asaka Shooting Range.

The R6 – mixed 50m rifle prone SH1 final was another close affair, with Vadovicova emerging triumphant 0.4 points ahead of silver medallist Anna Normann from Sweden in the last round.

The win means Vadovicova is now Slovakia’s most-decorated summer Paralympian - ahead of table tennis player Jan Riapos - with four golds, a silver and a bronze from four Games.

“I didn't expect to even be in the final, let alone win a gold medal," she said after the final. "Every shooter who's in the final has a chance to grab gold.”

“There are so many young shooters, and it's inspired me to work hard for more years for other competitions.”

"It was a tough final. Today was a hard day. It has been good, I'm glad," said the Spaniard.

India stamped its mark on the scene with five medals, after having never previously reached the Paralympic shooting podium.

Both golds were won by 19-year-olds, Avani Lekhara triumphed in the R2 - 10m air rifle standing SH1 making her the first Indian woman to be Paralympic champion in any sport.

In total, 17 countries made the podium at the Asaka Shooting Range. Complete results and medallists can be found here.