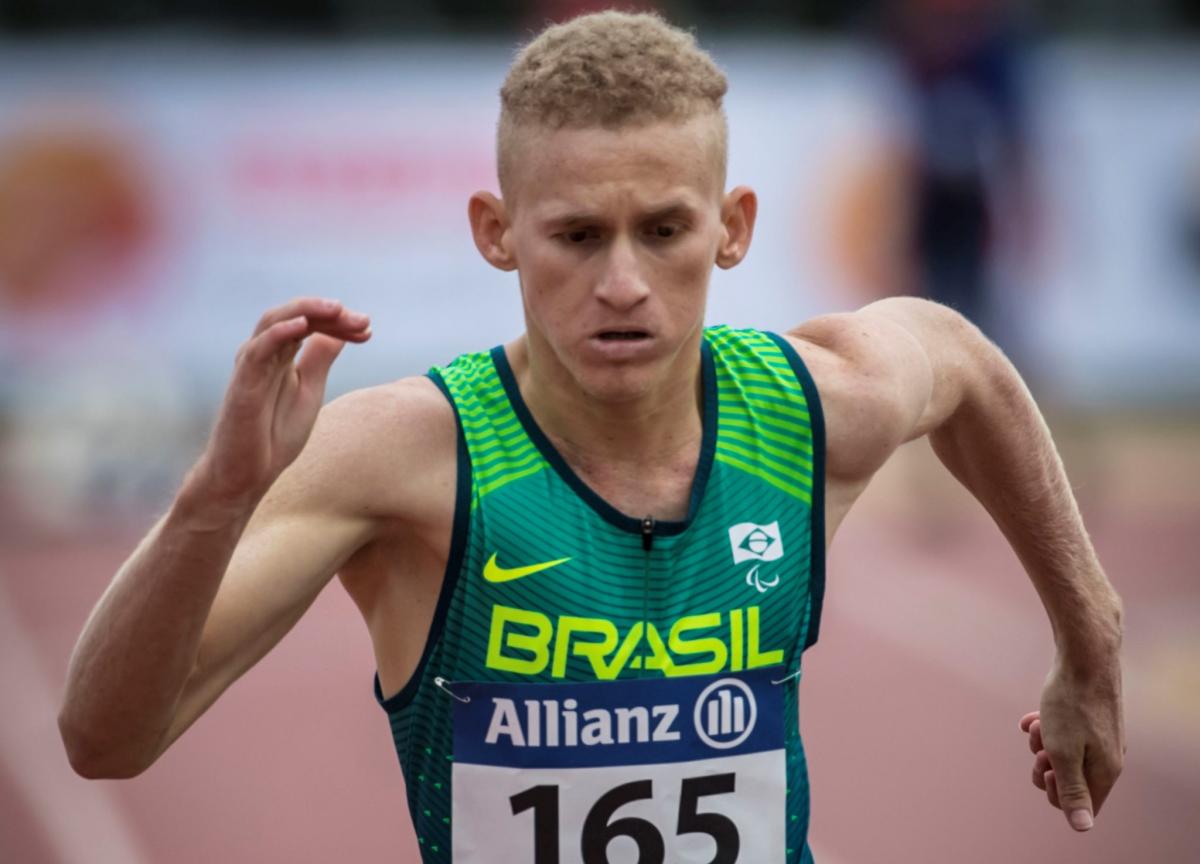 Joeferson Marinho lines up at this week’s Sao Paulo Grand Prix with one big advantage – he has one of the world’s star Para athletes in his corner. The T12 sprinter trains alongside world and Paralympic champion Petrucio Ferreira and the association with one of the biggest names in Brazil is one that Marinho believes will pay huge dividends in 2019.

“Seeing what Petrucio has accomplished, where he has got to...it just pushes me even more to give my best and to lower my times more and more,” explained Marinho, who, like T47 world record holder Ferreira, is coached by Pedrinho Almeida.

“We met for the first time in 2013, when the School Para Games took place in Sao Paulo. Since then we have built a close relationship because we are from the same state, Paraiba.

“Nowadays I'm fortunate to call Petrucio a teammate and he is definitely someone I look up to because of everything he has accomplished.”

The first piece of business for Marinho at this week’s Sao Paulo Grand Prix, which takes place from Thursday to Saturday, is to achieve the qualifying time needed to put himself on the Brazil team for this year’s World Championships and next year’s Paralympic Games.

“The first goal is obviously to qualify for both of them and I'm focused right know on getting there,” said the 20-year-old, who finished last season ranked second in the world behind South African Ndodomzi Ntutu.

“I will be in Sao Paulo for the Grand Prix and that's my first shot at the qualifying times so you can expect a good performance from me. Which athlete doesn't dream of going to a Paralympic Games? Tokyo is my main target and training alongside Petrucio fuels me so much to get there.”

Marinho, who won bronze at the World Junior Championships in Nottwil, Switzerland, two years ago, first became involved in athletics through the sports association FUNAD (The Integrated Centre for the Support of Impaired Persons) and the sports teacher there, Manuel Mendes.

“Everybody called him Mazinho,” he explained. “He asked if I was interested in doing a workout. I did really well from the start and was called up to travel to Sao Paulo to compete in the School Para Games that year. I had never travelled before and it gave me extra motivation. After that I took part in two more School Games, always winning medals and reaching the podium.

“When I turned 17, I got to know Pedrinho, who Petrucio worked with. I can say he changed my life because of the way he took care of me.

“I have been growing and developing as an athlete since then and I know I’m one of the three best athletes in the T12 class. Up until 2016 I wasn't even in consideration in Brazil, and now I have put myself in that position on the international landscape.”

In fact, Marinho will get the chance to find out just how fast he is against the world’s best in Sao Paulo. Cuba’s world and Paralympic champion Leinier Savon is also in the field, as well as compatriot Fabricio Junior who finished fourth at the 2017 World Championships.

“It's been a while since Fabricio and I competed against each other,” he added. “At the 2017 Youth Parapan Am Games, he was my roommate and we got really close. But obviously when we think of the international scenario, the main name is Leinier Savón. I've never had a chance of going against him, but I'm aware he is my main challenge.”