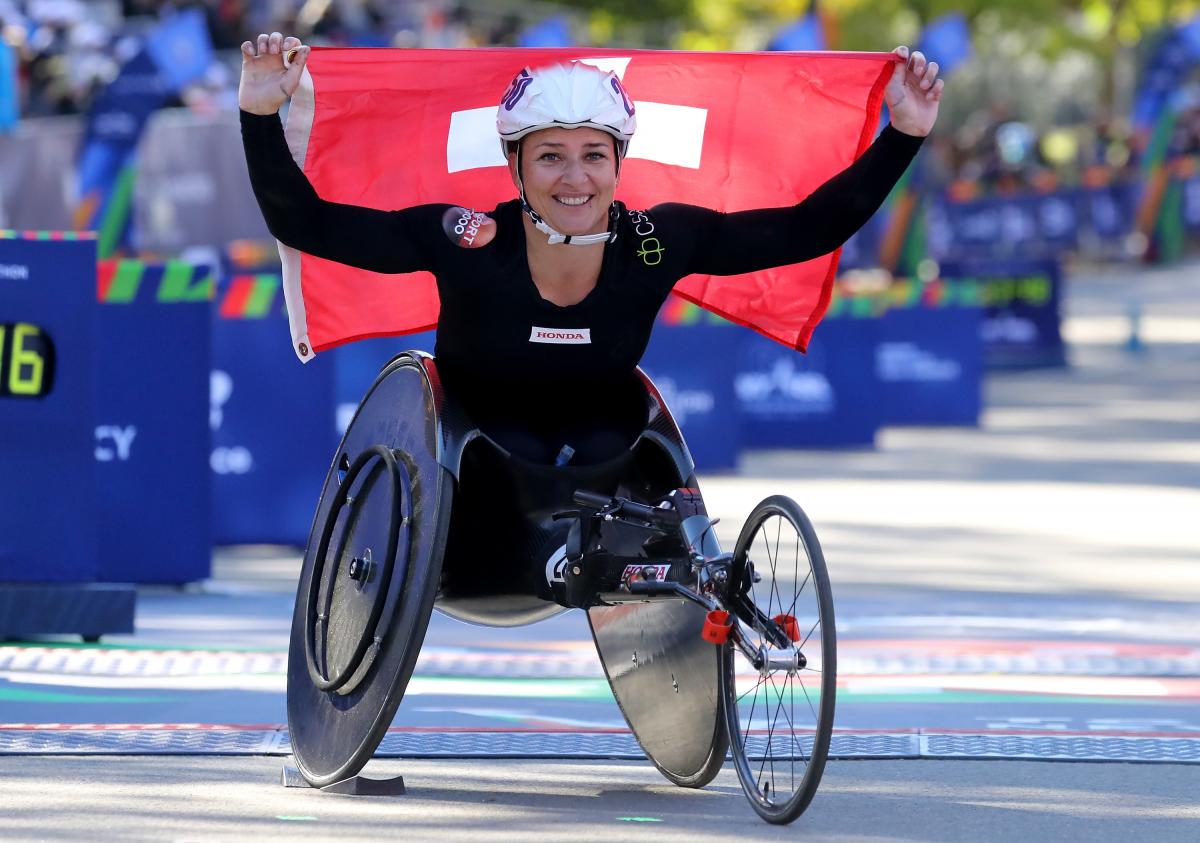 Seven former champions are among an elite wheelchair field set to contest the Boston Marathon on Monday. Defending champion Marcel Hug is aiming for a fifth successive men’s title while fellow Swiss star Manuela Schaer, who set a new course record in Boston in 2017, heads up a strong women’s field.

Hug won the first major marathon of the year in Tokyo, Japan, in early March and another victory will earn him vital points in the Abbott World Marathon Majors series, which currently sees Hug sit just two points behind US racer Daniel Romanchuk.

The Abbott WMM Series XII started in Berlin last year and takes in six major marathons around the world, finishing back in the German capital in September.

Romanchuk claimed his first major marathon podium place when he finished third in Boston last year and has been a key contender in the men’s elite field ever since.

The 20-year-old sits top of the Abbott WMM series having won in Chicago and New York in 2018. He finished second behind Hug in Tokyo and the race for the Abbott series title – as well as the USD 50,000 prize – could well produce a fascinating duel between the pair in Boston.

Ten-time Boston winner Ernst van Dyk of South Africa also lines up in the men’s race – he first won back in 2001 and finished second behind Hug last year in a race which for many will be remembered for its pouring rain and biting cold wind.

Britons David Weir and Johnboy Smith are in too. Weir missed the Tokyo marathon after a troubled start to the year which included a brief stay in hospital, but he showed he is back in form with a decisive win at the Vitality Big Half marathon in London, Great Britain, in mid-March.

Commenting after that half-marathon win, he said, “I was a bit anxious in January because I had a car crash [in December] and got ill, spending a week in hospital, so I was nervous about my training but it’s been going well recently.”

Schaer ready to bounce back

Schaer’s first Boston win in 2017 proved to be a turning point in her marathon-racing career as she went on to win four of the five subsequent majors as well as claim first place in Abbott Series XI.

She did not win last year’s Boston race however; the 34-year-old succumbed to the adverse weather conditions and withdrew before the end. The USA’s phenomenal 22-time major marathon winner Tatyana McFadden battled on and claimed her fifth Boston victory ahead of fellow Illinois racer Susannah Scaroni, with Swiss Sandra Graf in third.

Lat year’s podium finishers return for more again this year and will be joined on the start line by the likes of US racer Amanda McGrory, back in action after missing Tokyo, and Commonwealth Games champion Madison de Rozario, who failed to finish in the cold and rain in Japan.