Indonesia 2018: Inspiring the next generation 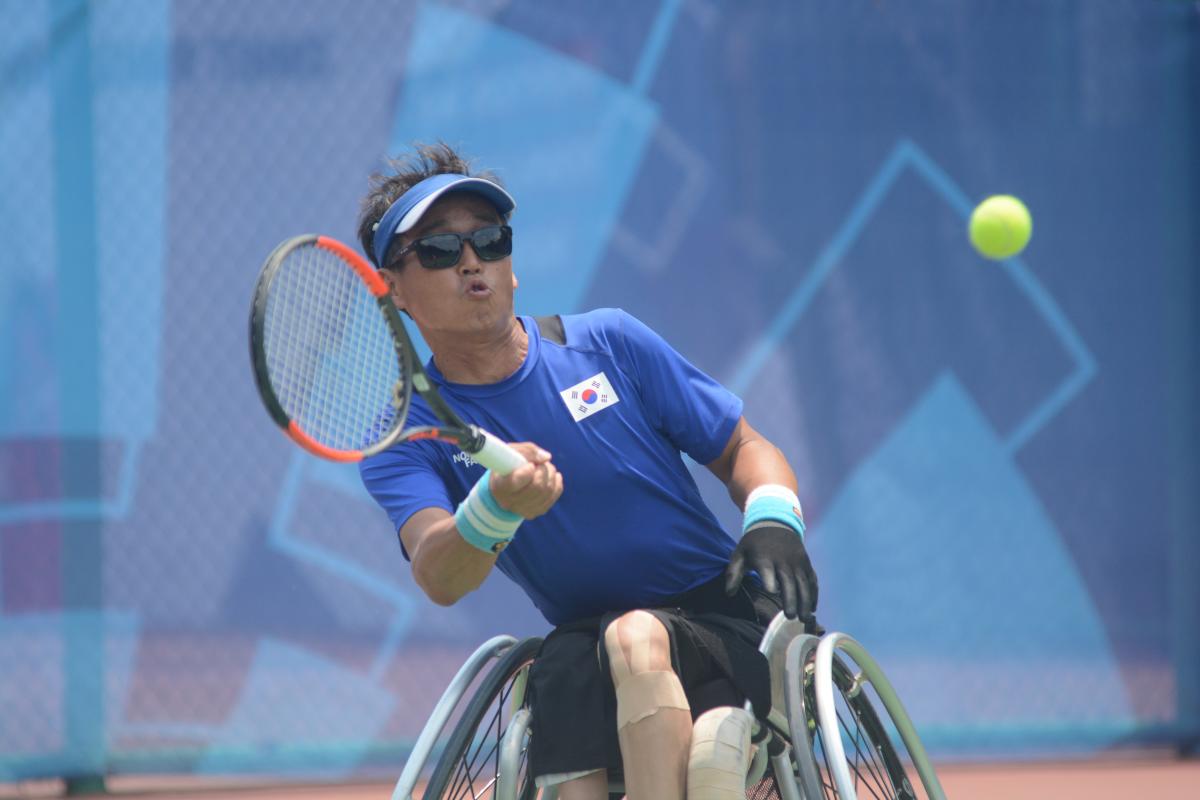 South Korea’s Kyu-Seung Kim upset Japan’s hopes of a clean sweep on the final day of the wheelchair tennis at Indonesia 2018, winning the quad singles in a thrilling match.

The South Korean dominated the first set and looked like winning in straight sets before Sugeno fought back to win the second set. Sugeno changed his service action and game plan, charging into the net at any opportunity to take the momentum away from Kim.

It appears a can of cola was just the tonic to give the Korean the lift he needed to win the final set.

Kim said he experienced issues with his diabetes during the final stages of the second set which opened the door for Sugeno.

“I have diabetes and my sugar rate was a problem in the second set so I dropped the set but I tried hard again in the third set,” Kim said.

“I want to cry. I am an old man and I have been playing for a long time,” he said.

“My target in this tournament was to get two gold medals but yesterday in the doubles match, I lost and I got a silver medal so that drove my morale to get a gold medal today.”

Following in his footsteps

Kim was cheered on by a strong contingent of South Korean coaches and players however, his sole focus was gold.

“In the entire match, I was so focused with the match so I did not even hear the cheering either from my side or for the Japanese player.

“I am old now and with this gold medal I want to inspire the young men in the Korean team to follow my footsteps in the wheelchair tennis so that is my hope.”

South Korea finish the Games with one gold and two silver medals in the wheelchair tennis.

In the women’s singles, Japan’s Yui Kamiji secured gold in a tense battle with Zhu Zhenhen from China.

Kamiji claimed the first set 6-3 and appeared set for victory at 4-1 up in the second. Zhenzhen gave the match life, winning three games in succession to put the pressure back on the world number two.

The five-time grand slam champion held her nerve, closing out the final two games and breaking Zhenzhen to win gold.