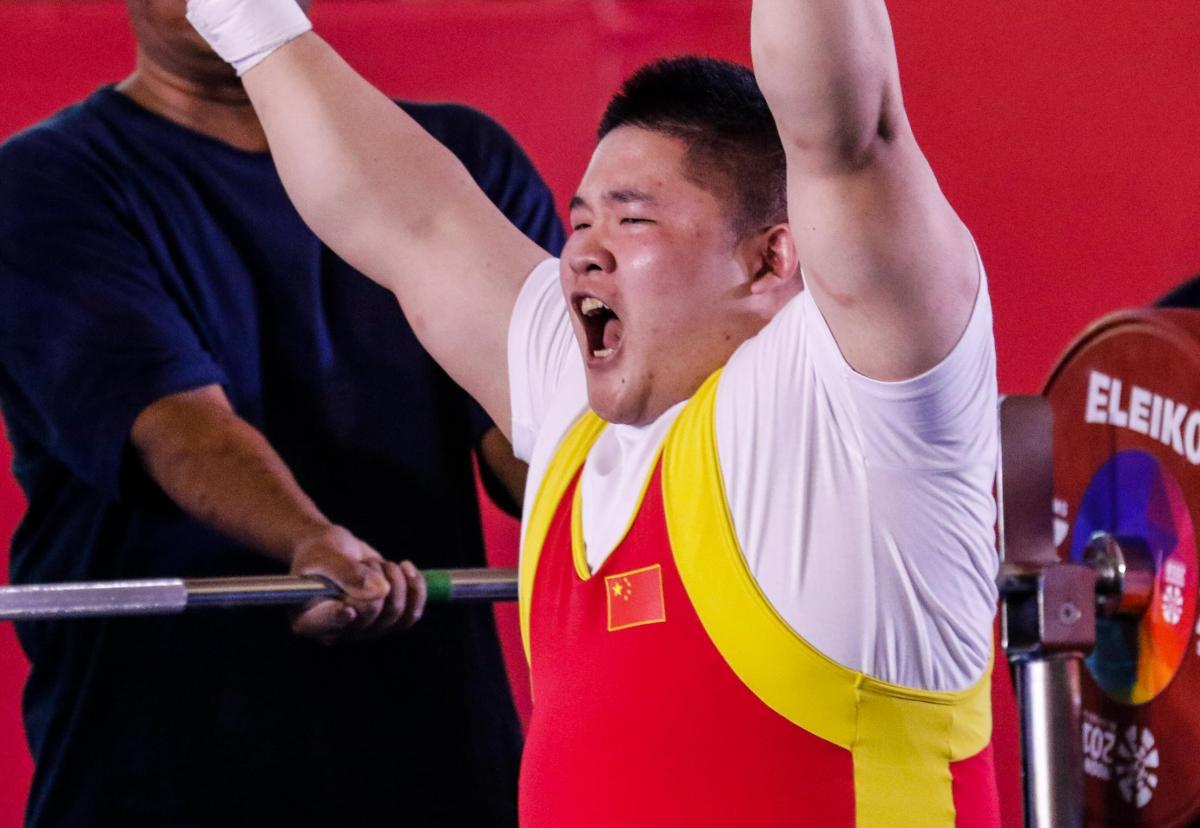 It was another action-packed day on Thursday (11 October) at the Indonesia 2018 Asian Para Games, with sitting volleyball and archery among the team medals decided as well as yet another powerlifting world record set.

It was China’s Jixiong Ye who was responsible for the record – a new world mark of 234kg set on his way to taking gold in the men’s up to 88kg.

On the final day of the women’s competition Ye’s compatriot Feifei Zheng won the up to 86kg and South Korea’s Hyunjung Lee the over 86kg.

Despite Uzbekistan taking all six podium places in the first two races, it was China’s night in the pool again at the GBK Aquatic Centre where they took eight gold medals out of 18.

The Unified Korean Team had their second outing in the pool but unlike their debut, did not do enough to medal in the men’s 4 x 100m medley relay 34 points.

Once again though, the loudest cheer was reserved for a local hero as Indonesia’s Pangabean Jendi claimed the men’s 100m backstroke S9. It is the hosts’ second gold medal of the Games in the pool.

Iran’s Zahra Nemati put Wednesday’s defeat by China’s Wu Chunyan behind her in the archery to lead her team to the gold medal in the mixed team recurve open – W2. China – and Wu – had to settle for bronze.

The positions on the podium were reversed however in the mixed team compound open – W2 when China finished on top and Iran picked up silver.

The same two nations had cause to celebrate in sitting volleyball, winning the Asian Para Games men’s and women’s titles for the third consecutive time at Indonesia 2018.

Both finals ended in a 3-0 victory; Iran beat China in the men’s event while China defeated Iran in the women’s final.

They also claimed gold in shooting Para sport through Yong Sim Jae in the R6 (mixed 50m rifle prone - SH1). China’s Xing Huang from China picked up the other gold of the day in the P3 (mixed 25m sport pistol - SH1).

While there was another landmark moment in table tennis, as the Unified Korea men's team competed in class 6-7. In the two matches they played on Thursday, they had a comfortable 2-0 win over Iraq but had to stretch themselves to the limit to overcome Japan 3-1.