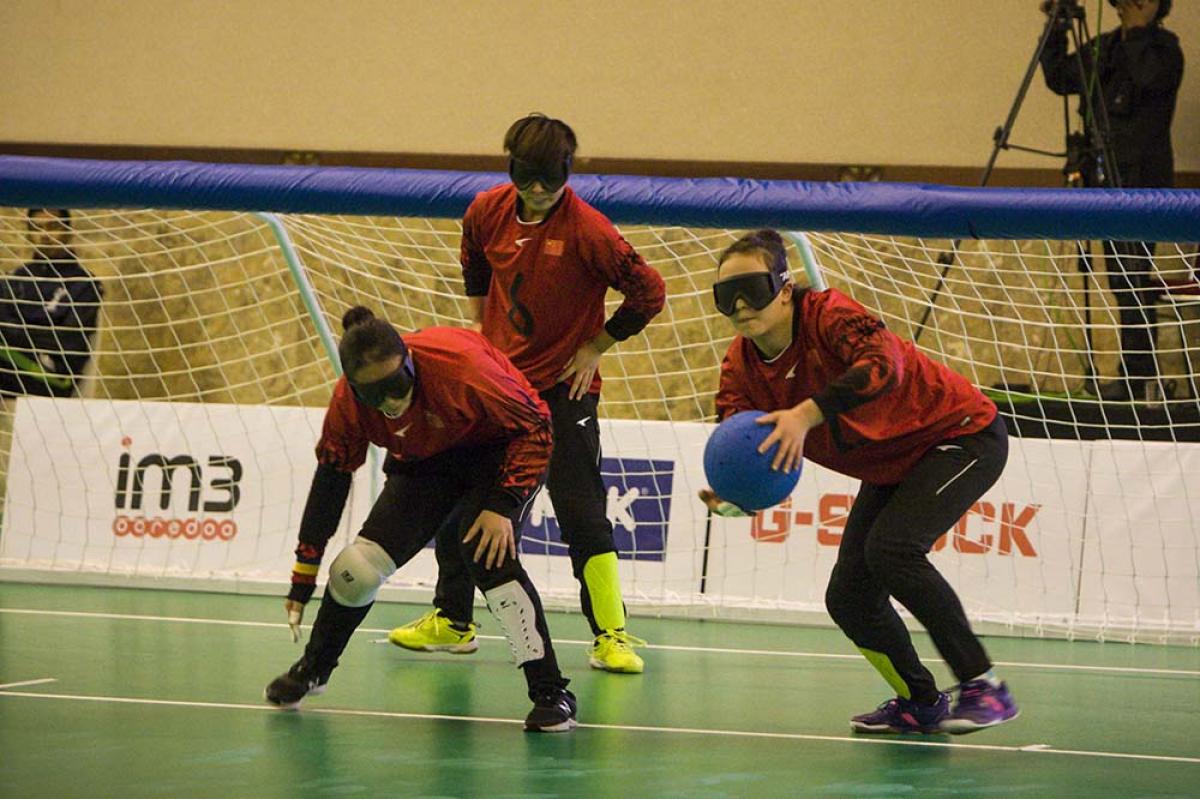 China are targeting gold in both the men’s and women’s goalball after victories in their semi-finals on Thursday (11 October) at the Indonesia 2018 Asian Para Games.

Standing in their way are Iran in the men’s and Japan in the women’s final.

The women’s final shapes up as an exciting contest after both teams recorded comprehensive victories in the semis. They also faced off in the very first match of the Games where Japan recorded a narrow 4-3 win.

Their coach Kyoichi Ichikawa said gold was a priority for his team in Jakarta.

“Japan has not won a gold medal in the Asian Para Games,” he said.

“We came here to take a gold medal so we are prepared and are in the best condition for the final. Our best strength is defence so, if we can keep our defence strong we can take the gold medal.

China easily accounted for Iran 6-2 in the other women’s semi-final.

Apart from the blemish against Japan, China won their other four round robin matches with relative ease.

China’s 9-3 win over Japan in the men’s semi-final highlighted their strength and status as favourites heading into the gold medal match against Iran.

The China-Iran final will be a repeat of the Incheon 2014 final where Iran won gold. The teams were also evenly matched at the Malmo 2018 World Championships, both reaching the quarter final stage.

Japan coach Noaki Eguro says Iran will have a tough task to win the final.

“The China team was very strong and their balls are really fast. Their bounce is also very good.”

Japan will start favourites against South Korea in the bronze medal match after their strong round robin form including a drawn match against finalists Iran.

The finals take place on Friday (12 October), the penultimate day of Indonesia 2018.