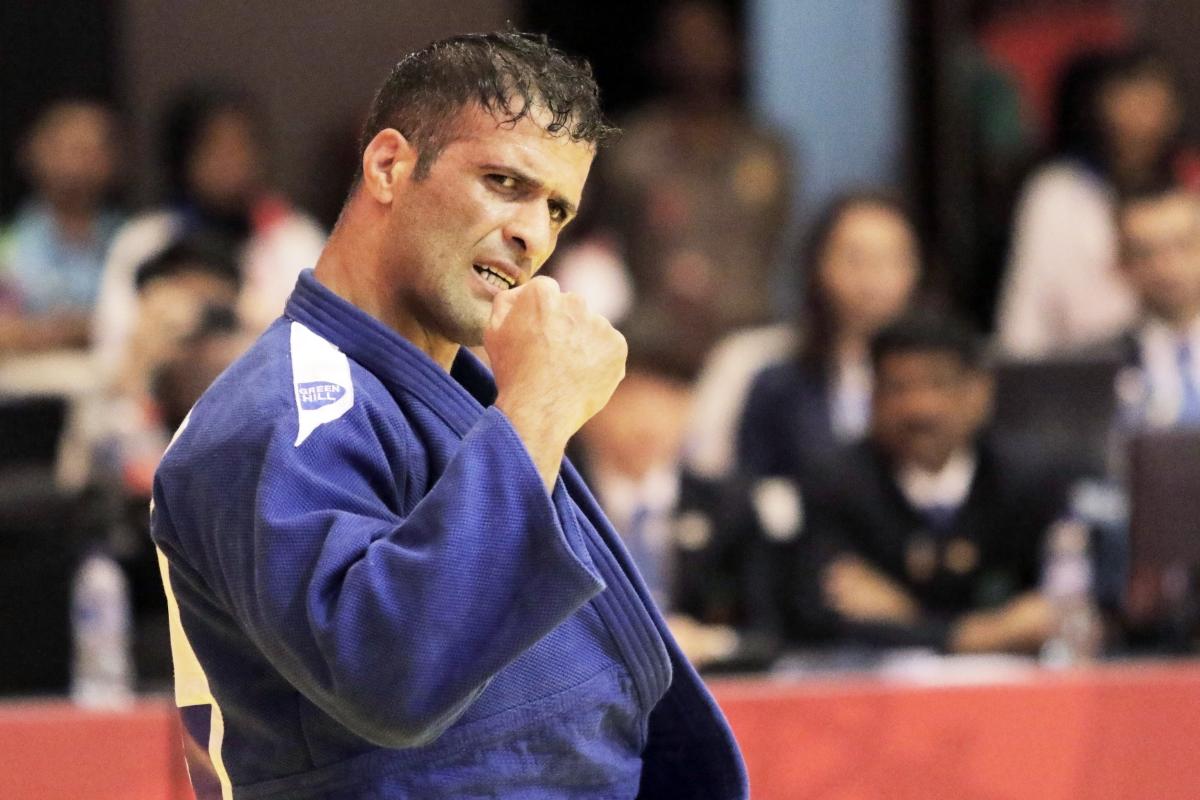 Ehsan Mousanezhad Karmozdi of Iran could not believe his ears when the results for the men’s -100kg final were announced at the JI Expo Kamayoran in Jakarta on Wednesday (10 October). The Indonesia 2018 Asian Para Games debutant had just beaten the reigning Paralympic and Asian champion judoka, Choi Gwang Geun from South Korea.

After fighting it out for almost half an hour, Karmozdi got the better of his experienced opponent on the second Golden Score, thanks to his strong counter attack. The defensive strategy of both players made it the most thrilling contest of the day. While Choi had the backing from the South Korean supporters, it was overwhelming to see the local Indonesians cheering for the Iranian.

“It was one of the difficult fights of my career. He (Choi) is very strong and he is the Paralympic champion, so I didn’t hope to win today. It feels amazing. This is a big boost for me to train hard for the Tokyo 2020,” said Karmozdi.

“Before Indonesia 2018 I was in 15th in world rankings. And after this win, I will jump to sixth place. So, I am looking forward to Tokyo 2020 now. There’s no waiting now. I will train from tomorrow.”

The Savadkuh-born vision impaired Iranian, who started participating in Para judo competitions only last year, had won medals in powerlifting in 2014 and 2015 before his first international judo medal [gold] came at the Asian-Oceanian Championships in Tashkent.

It was a double celebration for Iran, with Vahid Nouri winning the men’s -90kg final. He secured an ippon to defeat defending champion Shukhrat Boboev of Uzbekistan.

Among the favourites, Uzbekistan also made it to the top of podium with Rio 2016 bronze medallist Sharipov Shirin overcoming Iran’s Kherollahzadeh Varzi Mohammadreza in the men’s +100kg gold medal match.