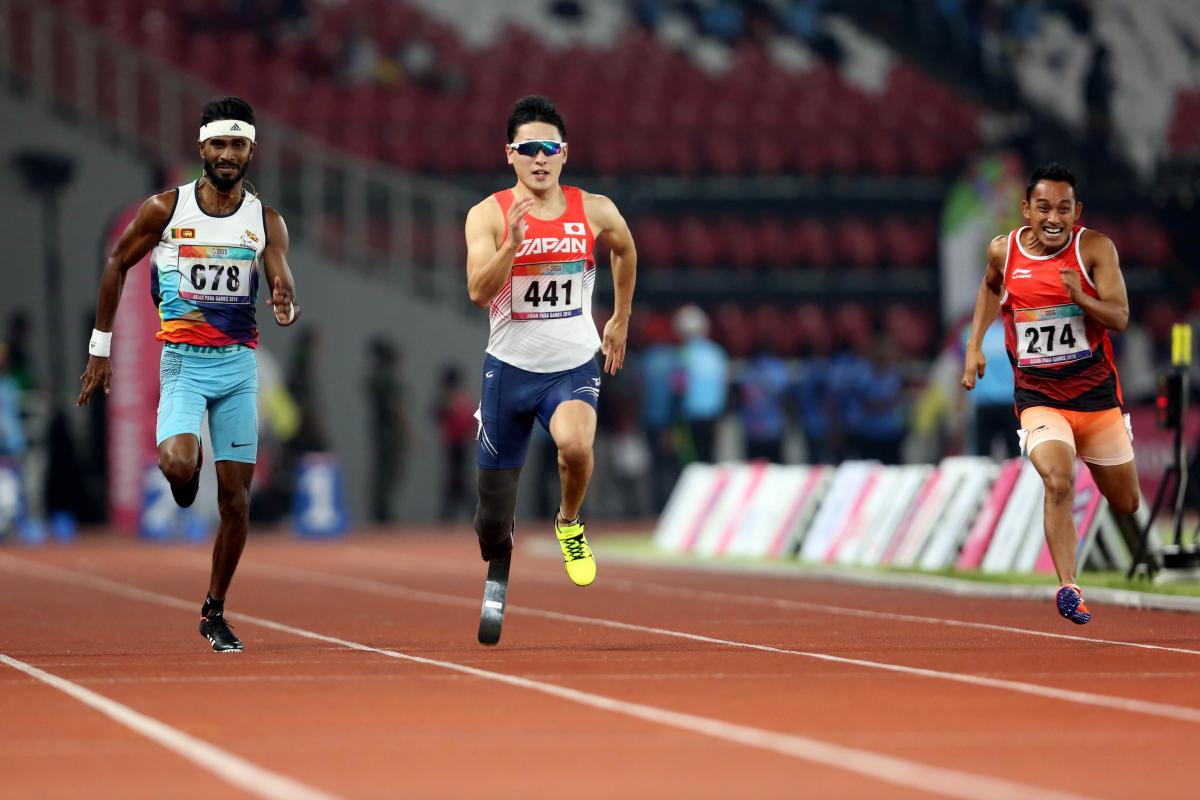 China and Japan saw teammates pitted against each other for gold on the third night of athletics action at the Indonesia 2018 Asian Para Games.

“I am very, very excited about my performance,” he said.

Compatriot Sato, who had already won gold in the 200m, said he had room for improvement.

“We are looking forward to Tokyo 2020 and training together so we can be strong,” he said.

Sato also admitted it was pleasing to see a big contingent of Japanese media at the Games.

“It’s very good for Tokyo 2020 because before no media came to Asian Para Games from Japan [before] so, now in Japan many people will know about the Paralympic Games.”

It was not only Japan that had teammates going head to head for gold. China’s Cuiqing Liu secured the sprint double with victory in the women’s 100m T11 edging out compatriot Guohua Zhou in the tightest finish of the night.

Cuiqing will aim to complete the treble when she races in the 400m in the coming days.

Another close race came in the first event of the evening as Malaysia’s Mohamad Ridzuan Puzi stormed down the final straight after trailing by 30m at the turn to snatch gold from Oman’s Abdullah Rashid Al Harrasi Taha in the men’s 400m T36.

The silver medal added to a bronze Al Harrasi Taha won in the 100m T36.

“Amazing, amazing, I am happy because it is the best competition for me, it’s a big occasion so I am happy,” he said.

“I am having so much fun, today silver medal, yesterday, bronze medal, so everyone happy.”

In the field, Iraq’s Garrah Tnaiash saved the best till last as he broke the men’s shot put F40 world record with his fourth attempt, setting the new mark at 10.88m.

Another milestone win came back on the track, as Teofilo Freitas from Timor-Leste secured his country’s first gold of the Games in the men’s 400m T37 in a new Asian record time of 53.14.

While the home fans still had plenty to cheer, with Indonesia completing a podium sweep in the women’s 100m T13. Putri Aulia, Arianti Putri Ni Made and Sari Sitorus Endang won gold, silver and bronze respectively.

Full results can be found on the official Asian Para Games website.