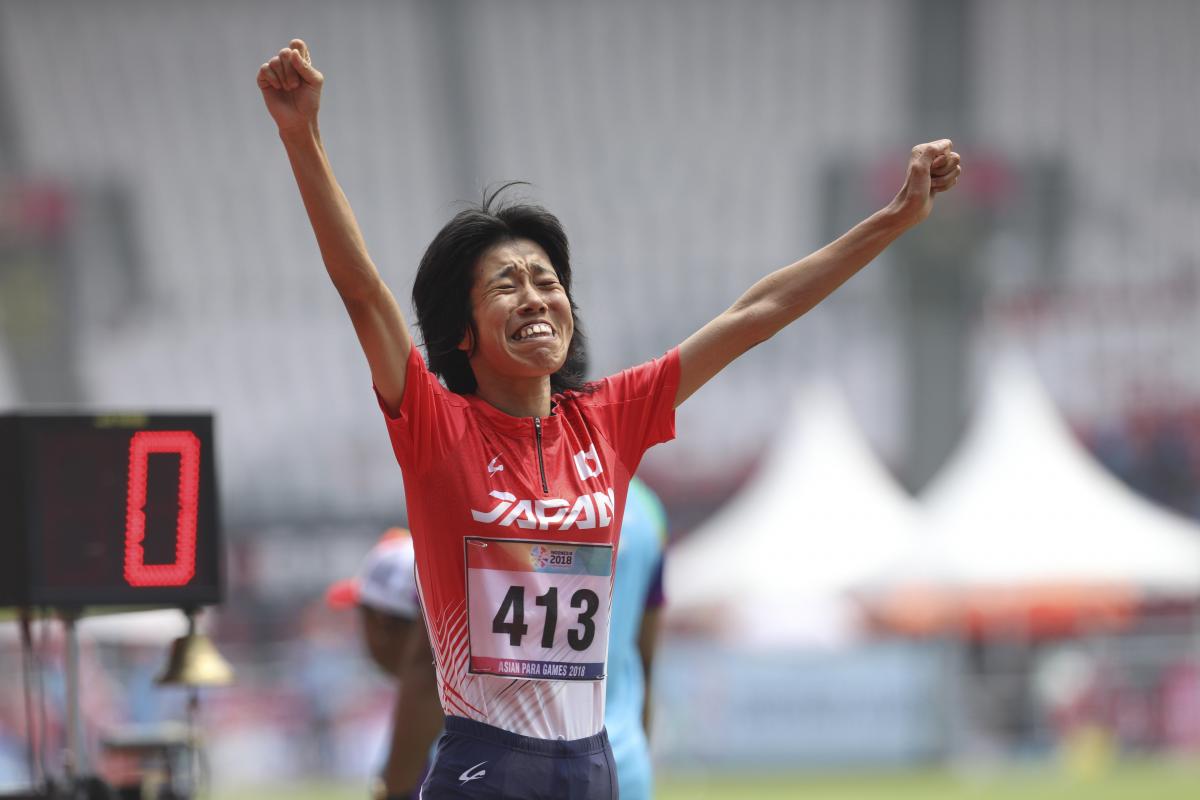 Japan’s Makita Sayaka won the women’s 1500m T20 gold medal at the Indonesia 2018 Asian Para Games and in doing so earned an ice cream party for the team.

Sayaka loves to eat and her coaches are always working hard to ensure she is properly fuelled to perform at her best on the track.

But when she wins a big race such as the gold medal at the Gelora Bung Karno Stadium in Jakarta, and her teammates Yamamoto Moeko and Ari Misaki win the silver and bronze respectively, it’s all systems go at the desert buffet.

“Today we told them, if you win, we eat [an] ice cream party. She’s very excited,” coach Okumatsu Mieko said.

“Makita is always thinking: ‘If you finish, have orange juice; great’.

“She can run fast and she can eat food and everything. If you are running fast, you can eat what you like,” Mieko added with the wide smile of a proud coach, adding that coffee will likely help wash the ice cream down.

“But she wants lots cream and sugar [with her coffee], but we tell her ‘never’. If you finish and you are the winner, you eat everything. Tonight is amazing.”

Mieko said there are high hopes for the Japan team ahead of Tokyo 2020, especially after they continued their success at the Asian Para Games.

“I think 1500m in Japan is [a] very strong competition. We are always training and training and we hope for success at Tokyo 2020.

“Europe’s runners are very strong but we want to go to perform well at Tokyo.”

Thai star and world No.1 in the men’s 200m T53 Pongsakorn Paeyo also found success on Friday, winning the gold medal in that event, ahead of fellow Thai Pichet Krungget in second and China’s Shaoqiao Yang in third.

Yang’s bronze was part of another strong day of Para athletics for China with five gold medals being won.