Luca Ekler: 'Para athletics helped me to accept me for who I am' 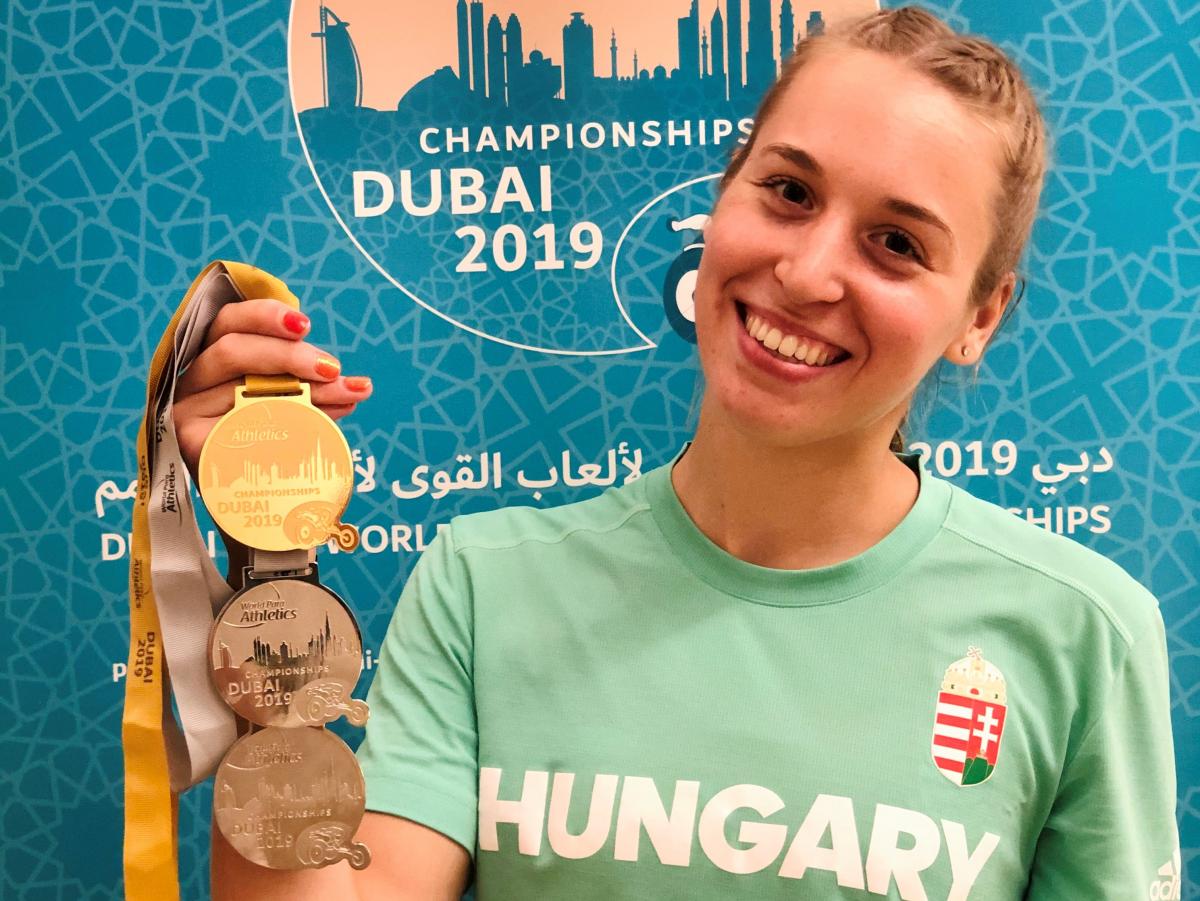 At only 21, Luca Ekler is already a Para athletics European and world champion. But the Hungarian long jumper says the sport has given her far more than her titles.

“I have met many people with the same disability as mine,” she said. “When I’m competing with people with disabilities it feels like I’ve found my place. Calling myself a Para athlete means everything to me.”

Ekler was Hungary's sole gold medallist at the Berlin 2018 Euros and Dubai 2019 Worlds. In a country passionate about water sports, she wants her story to inspire others to join her in track and field.

The class T38 long jumper often competes against able-bodied athletes but she says the situation has begun to improve through the promotion of Para sports in schools, and initiatives from athletes and the Hungarian Paralympic Committee.

“As athletes we can do a lot to get people to accept us and treat us equally, because we are all the same. We are all people,” Ekler said.

“In Hungary people want to help, but many are afraid of the unknown. Our job is to introduce them to the world of people with disabilities through inclusion.

“My mission is also to help others accept themselves and be the best version of who they are. This gives me more strength than anything else. I hope my results are motivation for them. I am forever grateful at how my life has turned out.”

Para athletics helped Ekler to turn her life around after she suffered a stroke at the age of 10 and was left paralysed down her left side.

“The Paralympic movement and Para athletics helped me to accept me for who I am. They made me feel whole,” she explained.

As a sports’ mad schoolgirl, she had enjoyed playing tennis, football, volleyball and athletics then, with little warning, everything changed: “I celebrated my eleventh birthday in a wheelchair.

“My doctor advised me not to do sport again, but I knew I couldn’t live without it. When I’m running, it feels like I’m free and when I’m doing long jump, I’m flying, and no-one can take that away from me.

“I was also told it would be better not to study sport, but there was nothing else that I wanted to do with the same passion.”

Ekler was supported by her loving family at home in Szombathely, about 220km from Budapest. Her father Jozsef is a transport logistics manager and mother, Imola, a teacher.

She also has three younger brothers, Bendeguz, Zsombor and Botond, who all play water polo with the older two in the national team.

“I had a beautiful sporty childhood with a big loving family and lots of good friends,” she said. “[After my stroke] they were by my side all the way, which helped me to get out of the situation a winner.”

But she faced dark times: “At first I didn’t fully understand what was happening to me. The following years were harder to accept everything I went through and become who I am.”

Ekler was unable to take part in sport for a year as she learnt to walk and run again. In 2011 she began athletics after joining her father at one of his training sessions.

At 13 she competed in her first national championship with the able-bodied in long jump and 4x100m relay. It was not until 2017 that she had her first introduction to Para sports.

“As a child I didn’t see many children with a disability like mine, so I tried to get inspiration from everything. After my rehabilitation, I knew that I was going to do sports, initially, just to move again. [But] I had a feeling that great things were waiting for me and the best part was yet to come.

“I saw the [London 2017] Para Athletics World Championships on TV and watched the Hungarian Biacsi sisters compete. This is when I first thought that I could compete with them.”

The 34-year-old twin sisters were in the 1500m T20 with Bernadett winning gold and Ilona bronze.

Just a year later she joined the national squad at the European Championships in Berlin where she won gold in long jump and bronze in 200m T38.

“It was an incredible feeling. I cried when I realised I had won.” Her boyfriend, Levente Lajtos, family, friends and teammates cheered her on.

Ekler’s “biggest dream came true” when she qualified for Tokyo 2020 Paralympic Games, now to be held next year, after the gold in the long jump in Dubai. She also won silver in 100m and 200m T38.

Before the lockdown caused by the COVID-19 pandemic, Ekler, who is coached by former long jump European champion Laszlo Szalma, was teaching children sport.

Earlier this year she graduated in sport and recreation management from the University of Physical Education in Budapest. She is now in a master’s athletics’ coach programme.

The Para Athlete of the Year award winner moved back home when the university shut after the lockdown. She still trains six days a week either alone in her makeshift gym or with her brothers in the garden.

“My coach and I talk on the phone every day,” she said. “I make videos of my workouts, which we analyse. There is no obstacle that I do not want to overcome. I will never give up. I will always find a way."

Her first meet since lockdown was in July and she returned recording a personal best of 5.87m at the Honved Cup International Athletics Competition in Budapest.

“When I realised what I had done, I knew all the hard work that I had put in during quarantine was worth it. I ended up with a really good outdoor season, after all. It was my happiest day of the year.”

Again, Ekler says she could not have done it without the sport that changed her life.

“Athletics helped me to be myself, taught me to fight for my dreams, to be patient, and that good things will happen to me if I train hard.”

And above all, she added: “I want to be the best I can be by improving my skills, winning races and setting records. There is so much that I can learn. I’ve just begun my journey.” 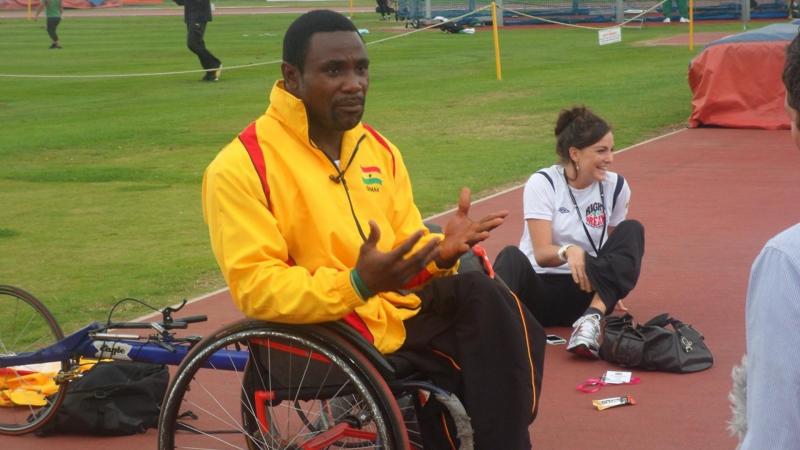 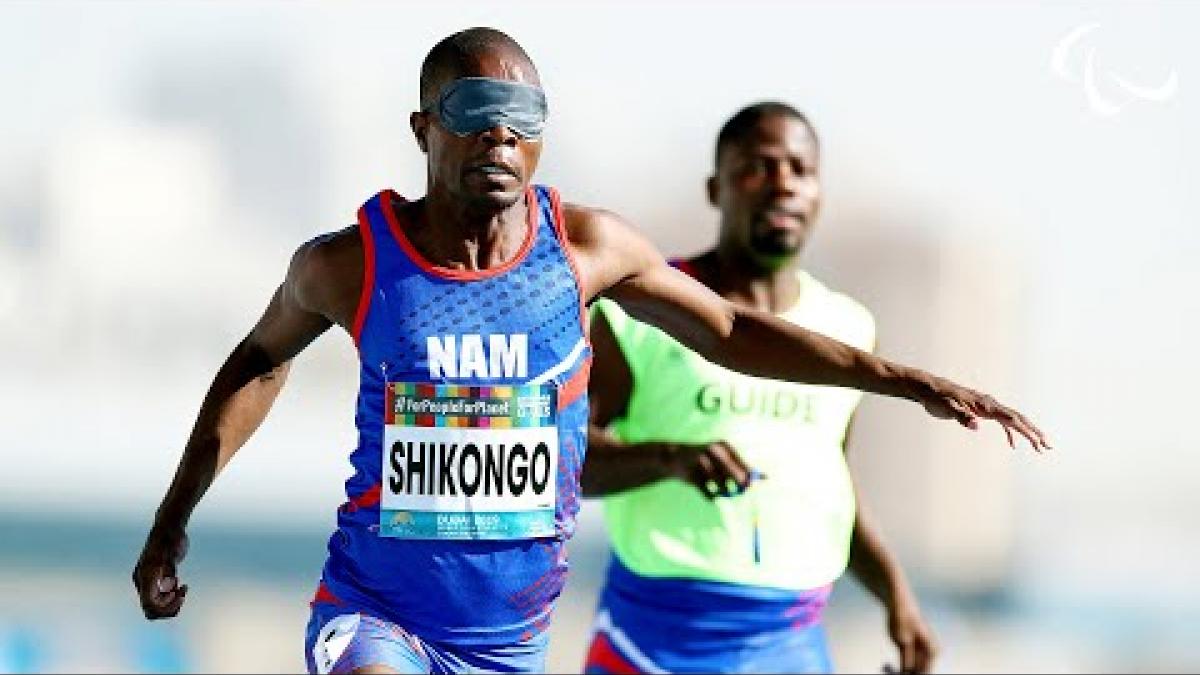 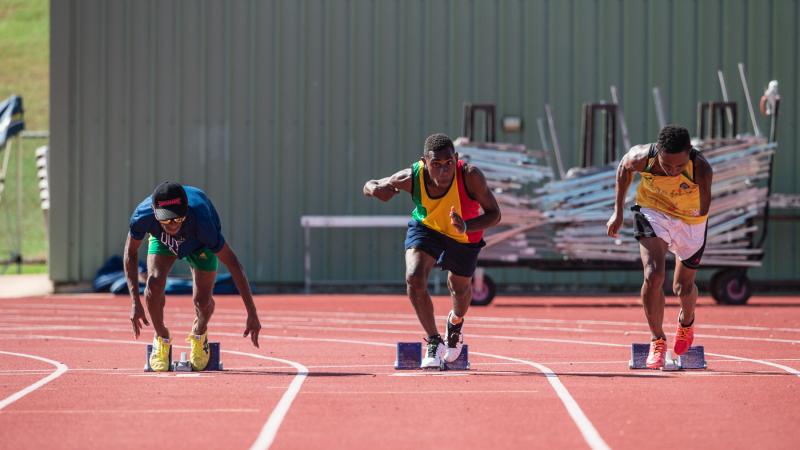