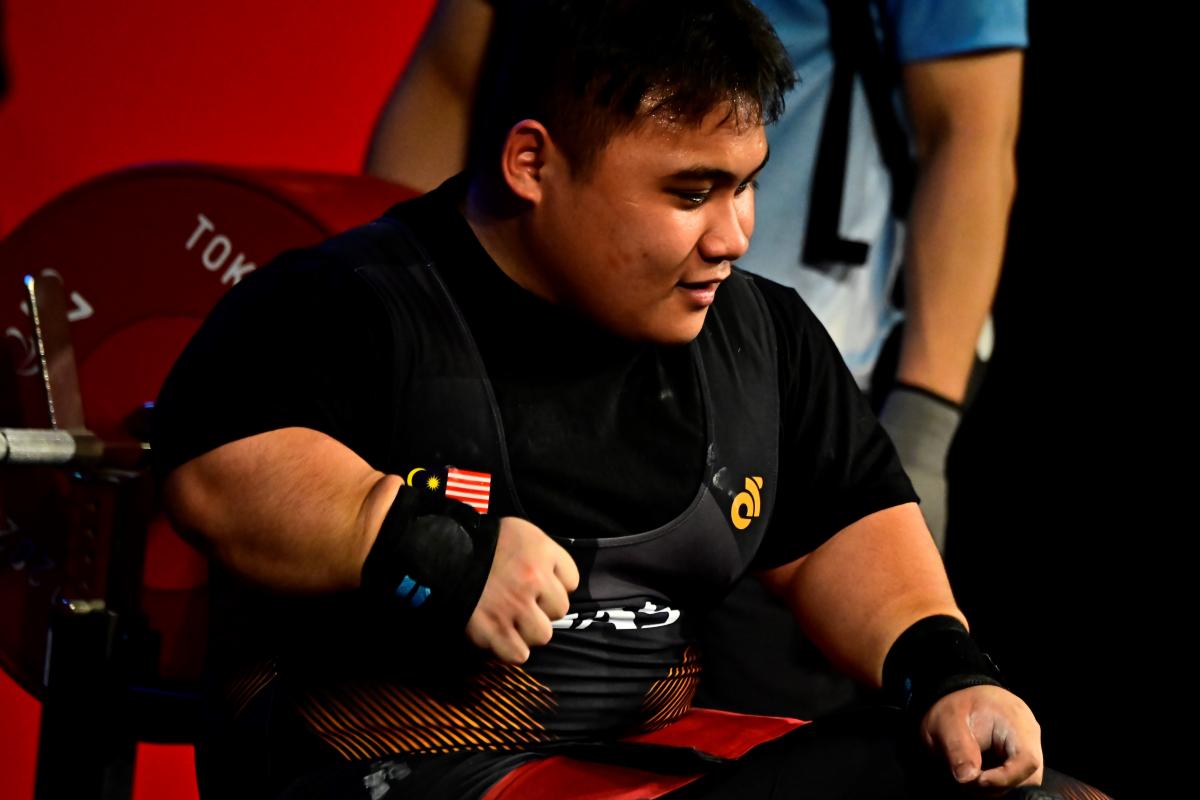 From Tokyo to Tbilisi  this time makes a connection in Malaysia to take a closer look at defending world champion Bonnie Bunyau Gustin.

The series follows ten star powerlifters who will be in action at the 2021 World Championships from 27 November to 6 December in the Georgian capital.

The 22-year-old wunderkind from Malaysia won his first Paralympic gold at the Tokyo 2020 in the men’s up to 72kg category setting a new Paralympic record.

It was a straightforward performance from Gustin who took the lead with a 217kg-lift in his first attempt. With his biggest rivals failing to make a successful lift, the Malaysian athlete cruised to gold lifting 225kg and 228kg in his second and third attempts, respectively.

Gustin failed only in his fourth “power lift” of 231kg trying to break his own world record.

Gustin won Malaysia’s first gold at the Tokyo 2020 Paralympics and the country’s first-ever Para powerlifting medal at the Games.

“I am very happy. This is my first Paralympics and winning this medal was a dream for me,” said the athlete born in Bahagian Betong.

Para powerlifting runs through Gustin’s veins with his father Jenang and older brother Bryan Junancey competing at the international level in the past. The gold medal was in particular dedicated to the father who made the appearance at the Kuala Lumpur 2010 World Championships in Malaysia.

“It was his dream that I would become a Paralympic and world champion. I made a promise to make his dream come true,” Gustin said. “I am very happy that I am able to live his [father] dream.”

Look at these models 🤩 Smiles (underneath the masks😅) speak for themselves! #Paralympics #Powerlifting #Tokyo2020 @paralympics @tokyo202 @ParalympicMsia @ParalympicsGB @EGParalympics pic.twitter.com/9RXWAQQywH

The Malaysian hero did not shift his focus to the Tbilisi 2021 Worlds immediately after Tokyo like many of his colleagues as he wanted to celebrate his latest achievement.

“I know World Championships are coming up, but first I want to go home and rest for a while and enjoy my success,” concluded Gustin.

Malaysia's star left school at the age of 15 to focus on Para powerlifting. That was a year after he made the international debut at the Asian Youth Para Games at Kuala Lumpur 2014 finishing in fourth place.

At the Mexico City 2017 World Para Powerlifting Junior Championships Gustin won his first major international title. His breakthrough success was followed by a silver medal at the Asian Para Games in Jakarta, Indonesia in 2018.

Medals kept pouring in for Gustin who defended his Junior Worlds title at the Nur-Sultan 2019 World Para Powerlifting Championships. The only difference from Mexico City was that Gustin managed to win the gold medal at the Senior Worlds as well in the men’s up to 65kg category.

Before coming to Tokyo and winning another gold, Malaysian athlete triumphed at the Bangkok and Dubai World Cups in May and June this year.

At the latter, Gustin managed to break the world record in the men’s up to 72kg category lifting 230kg in the fourth attempt.

What a way to start the day at #Dubai2021 World Cup😍
WR and 🥇 for Malaysia's Bonnie Bunyau Gustin 🇲🇾 in the men's up to 72kg!

Gustin will take on the stage in Tbilisi on day five (2 December) of the World Para Powerlifting Senior Championships.

The men’s up to 72kg category is the third competition on the schedule on Thursday with Group A starting at 20:15 (local time).

The 22-year-old world record holder is the favourite to gold once again, but Nur-Sultan 2019 gold medallist Hu Peng from China will be a strong challenger for the first place together with Tokyo 2020 silver medallist Mahmoud.

Silver at Nur-Sultan 2019, Iran’s Nader Moradi is another athlete who will try to dethrone Gustin in Tbilisi.