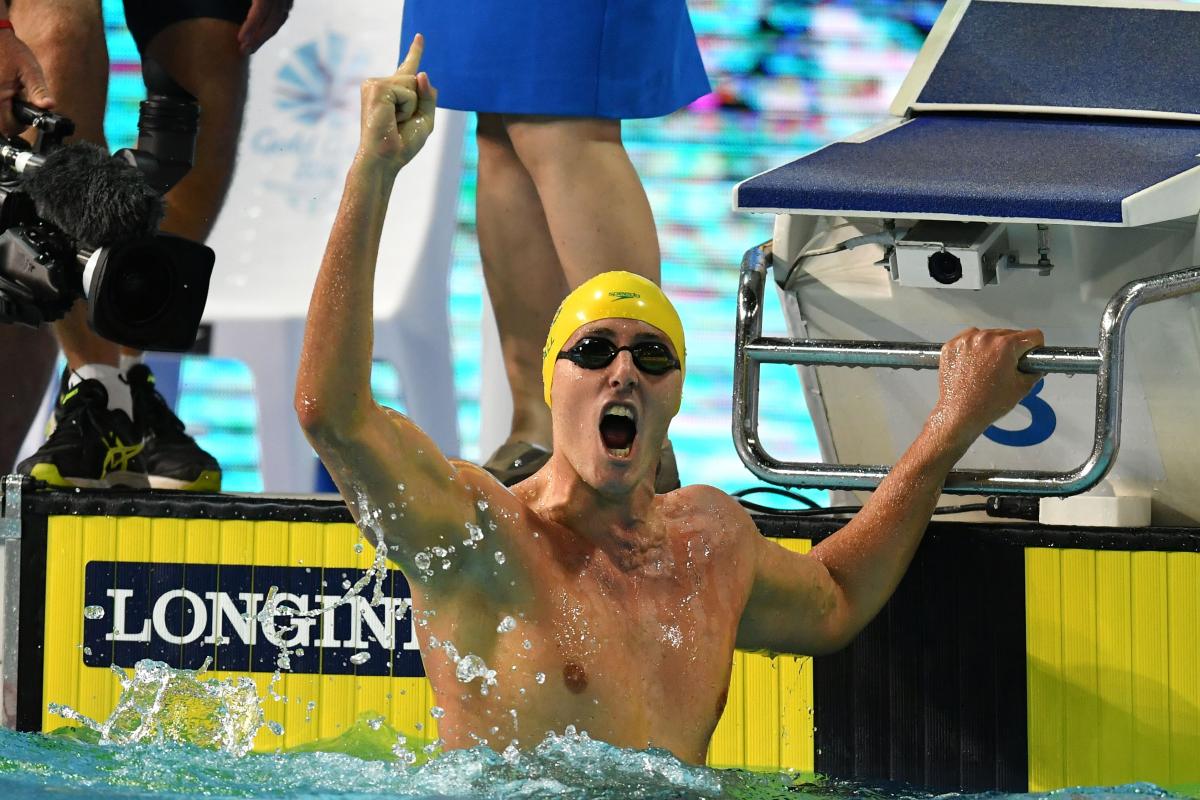 Australia capped off a strong Para swimming programme in front of its home fans by claiming three of the final four gold medals on offer in the pool at the Gold Coast 2018 Commonwealth Games.

Lakeisha Patterson finished with the freestyle double after cruising to a comfortable victory in the women's 50m freestyle S8 .

After causing a major upset in the 100m freestyle in the same class, Patterson's blistering time of 30.14 saw her hold off Canadian duo Morgan Bird (32.03) and Abigail Tripp (32.49) for another gold medal.

Patterson qualified fastest for the final after swimming the heats in 31.41, marginally in front of Morgan Bird (32.27) and Abigail Tripp (32.54).

Matthew Levy showed his class in the men's 50m freestyle S7, winning by more than a second with a time of 28.60 to claim another gold for the hosts on Sunday (9 April).

South African Christian Sadie secured silver with a 29.65, while Wei Soong Toh was the bronze medallist in a time of 29.83.

“It was great to perform in front of a home crowd,” Levy said.

“Everyone dreams to compete in front of a crowd like this and it’s fantastic to come away with a win.

“A home crowd brings with it a lot of extra pressure but it was great to perform like that and show everyone what I’m made of.”

The only gold medal Australia could not get their hands on was the women's 100m breaststroke SB9.

New Zealand champion Sophie Pascoe added another gold to her impressive career haul and her second at these Games with a gritty victory in the final.

Madeleine Scott joined Leonhardt on the podium, grabbing the bronze for Australia with a 1:19.98.