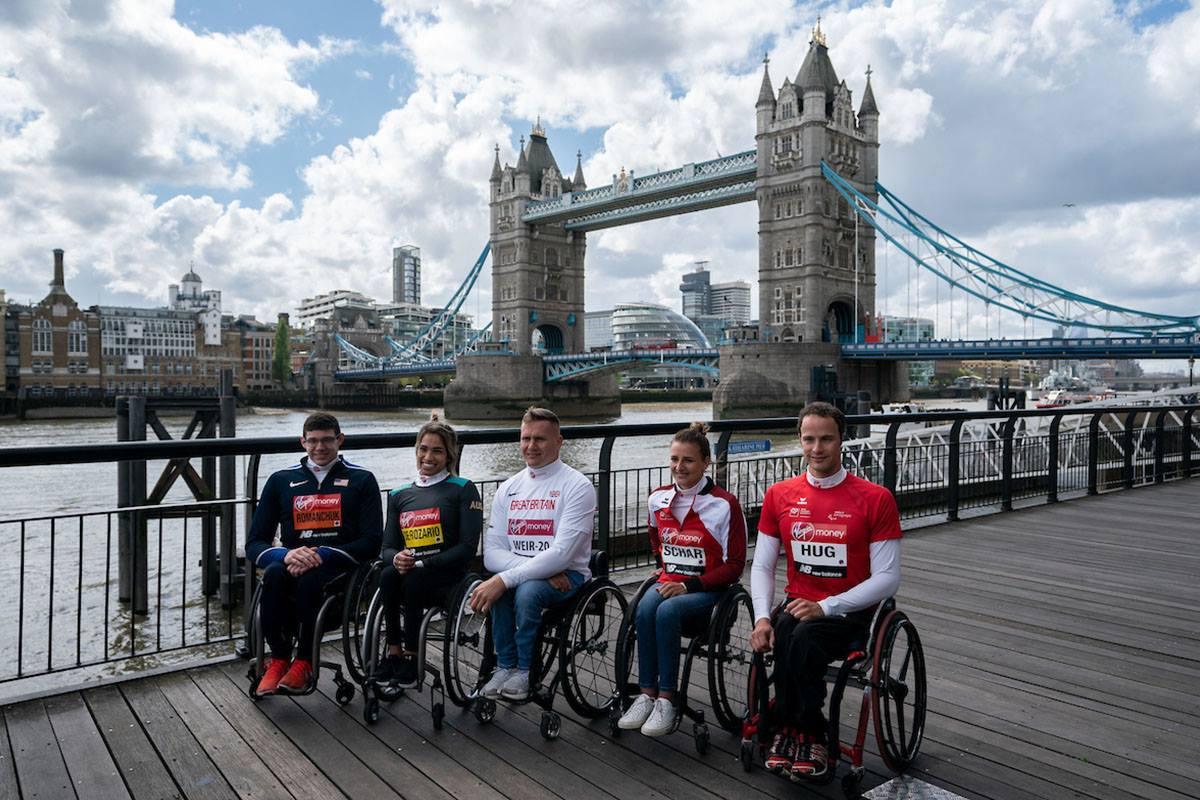 The World Para Athletics Marathon Championships return to London on Sunday with more than 80 Para athletes from 25 countries set to take to the city’s streets in quest of global gold.

Defending world champion Chentouf set the current T12 world record in London four years ago and finished 2018 ranked number one in the world after clocking 2:25:30 in Chicago last October.

The men’s and women’s wheelchair races not only serve as World Championship events, they are also part of the Abbott World Marathon Majors Series XII, which began in Berlin, Germany, last year and takes in six major marathons around the world.

With world titles, Abbot series points and London Marathon prize money (USD 25,000 to the winning male and female wheelchair racer) all up for grabs there is certainly plenty at stake.

In the men’s field, watch out for American Daniel Romanchuk. The 20-year-old finished third in London last year and quickly became a major thorn in two-time WMM series winner Hug’s side.

Romanchuk currently tops the men’s Series XII standings with 116 points after wins in Chicago, New York and most recently Boston, while Hug, who won in London in 2014 and 2016, then finished runner-up in 2017 and 2018, sits second on 90 points.

When it comes to the fans’ favourite however, all eyes will be on local man David Weir.

The 39-year-old is going for an incredible ninth win in his 20th consecutive race around the streets of London.

The ‘Weirwolf’ pulls on a Great Britain vest for the first time since the Rio 2016 Paralympic Games, which ended in bitter disappointment as he returned home without a medal. Not long after, Weir retired from the track and vowed that his days representing his country were over, but a change of heart last year means he is now also targeting the Tokyo 2020 Games.

There is a fantastic field in the women’s race too as defending world champion Tatyana McFadden is joined on the start line by China’s Paralympic champion Lihong Zou, Abbott WMM series leader Manuela Schaer of Switzerland and Australia’s Commonweath Games champion Madison de Rozario, who also won in London 12 months ago.

US racer McFadden has 24 major marathon victories to her name but the last two years have seen Schaer, who set the London course record in 2017, in ascendancy. The 34-year-old has won the last five major marathons and already has the WMM series sewn up. Victory in London would provide a second marathon world title, having won in Lyon, France in 2013.