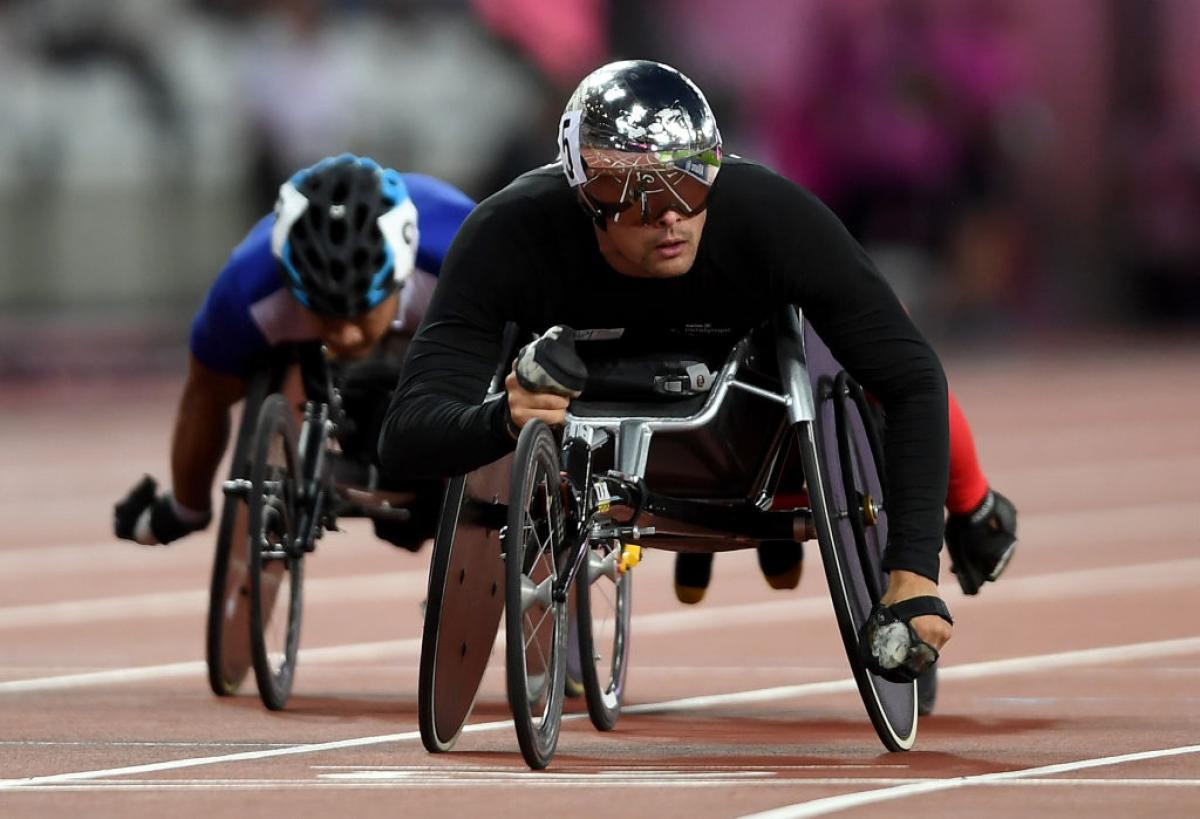 Switzerland's Marcel Hug won the first 800m T54 final before the race was ordered to be rerun.

World Para Athletics has announced its Ones to Watch ahead of the Dubai 2019 World Championships next week.

The list includes 10 top male athletes from 10 different countries who have the potential to make headlines at the biggest Para sport event of the year.

More than 1,400 athletes from 122 countries are set to compete in the ninth edition of the Worlds from 7 to 15 November.

The Algerian two-time Paralympic champion made headlines worldwide after he won the men’s 1500m T13 in a time faster than the Rio 2016 Olympic champion.

Stewart is a Rio 2016 champion who took two gold medals at the London 2017 Worlds and has recently set a world record in the men’s discus throw F64 at the Lima 2019 Parapan American Games.

The vision impaired sprinter became a star in his home country when he won Namibia’s first male gold in Olympic or Paralympic Games in the men’s 200m T11 at Rio 2016.

The Irish sprinter faces fierce competition to keep the position of world’s fastest Paralympian, but no other athlete since London 2012 has won the men’s 100m T13 finals in major events.

The ‘Silver Bullet’ has dominated the men’s T54 distance events since the Rio 2016 Games with two Paralympic gold medals followed by a hat-trick at the London 2017 Worlds.

The men’s long jump T64 will be one of Dubai 2019 highlights with the German star who has dominated the event since winning his first world title at the Christchurch 2011 Worlds.

The Rio 2016 Paralympic champion is UAE’s biggest Para athletics star and will be looking for his first World Championship gold since 2011. He will face strong competition from Tunisia’s Walid Ktila in the men’s T34 races.

The teenage star broke into the international stage with a silver medal at the Rio 2016 Games. Now he is the fastest man on earth in the T61 class.

The Brazilian sprinter has broken world record after world record in the men’s 100m T47 in major events since Rio 2016 – in heats and finals.

The USA star is Paralympic champion both in the men’s high jump and long jump T47. He will also be defending the world title in the high jump following victories at Doha 2015 and London 2017.