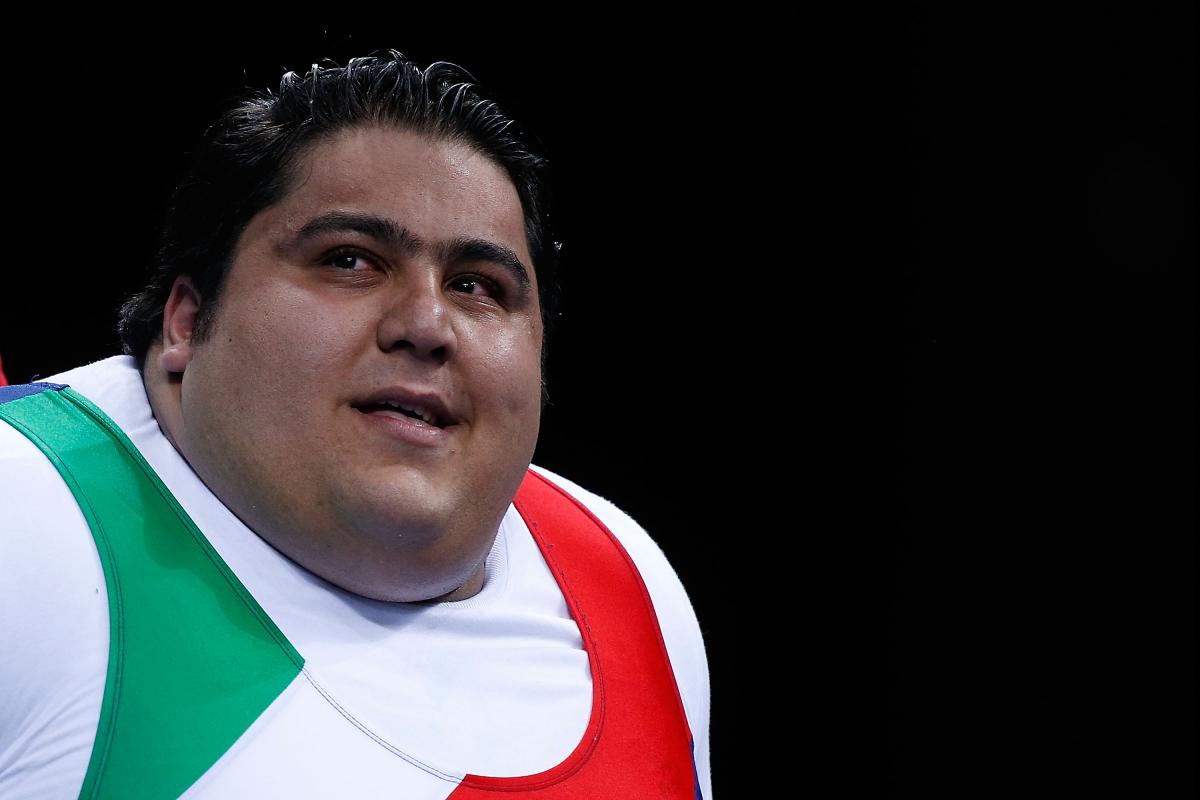 ⒸGetty Images
By Will Davies | For the IPC and APC

Siamand Rahman entertained his fans at the Indonesia 2018 Asian Para Games on the way to winning the men’s over 107kg powerlifting gold medal, but the Iranian made no attempt to break his own world record of 310kg.

One man who did break a world record though was Mongolia’s Sodnompiljee Enkhbayar, who after winning the men’s up to 107kg gold with a lift of 240kg, set a new world mark by lifting 244kg.

Powerlifting superstar Rahman had earlier in the year promised he was saving his best for Indonesia 2018 and the Tokyo 2020 Paralympic Games, and that he would break his world record in Jakarta.

Fans missed out on seeing that attempt on Friday (October 12) when Rahman settled for his third lift of 295kg and the Asian Para Games record, but the world’s strongest Paralympian doubled down on his plans for Tokyo.

“I wanted to change and break the world record but my coach noticed me and said to me it’s not necessary in the competition because this competition is in Asia so it’s not in the world ranking.

“The target and my plan is for Tokyo 2020 and I have a special planning and a schedule for breaking the historic record in Tokyo.”

The Rio 2016 Paralympic Games champion, though, said it would have been a mere formality if he had been given the green light in Jakarta by his coaches.

“Now I’m more ready than what I was in Rio (when he broke the world record) because I so easily [could] break the world record, but I respect him and my coach said to me that perhaps in this pressure, we could suffer an injury.”

When pushed further and asked how much he can lift, the 30-year-old burst into a trademark smile and said: “It’s a secret.”

The silver medal in the men’s over 107kg was won by Iran’s Mansour Pourmirzaei with a lift of 248kg and the bronze went to Iraq’s Faris Al-Ageeli who lifted 240kg.

For Enkhbayar, he had to battle right down to the wire with Iran’s Aliakbar Gharibshi, who took the silver medal with a lift of 239kg.

That was Enkhbayar’s previous Asian Record, and for the Mongolian, it was a day to remember at Indonesia 2018.

“The competition was very exciting for me. It’s very competitive but I did very well. So for me today I got the medal because I was prepared for these Games,” he said.

“Every Mongolian is awaiting this gold medal because when I compete in big tournament events, big competitions, I always try to bring only the gold medals.

“That’s why they believe so much in me that I can do my best in Asian Para Games and get this medal and come back to Mongolia and of course everybody will be happy for this medal.”

The men’s up to 97kg was won earlier in the day by Iran’s Seyed Hamed Solhi Pouravanji, who lifted an Asian record 234kg to win the gold medal.