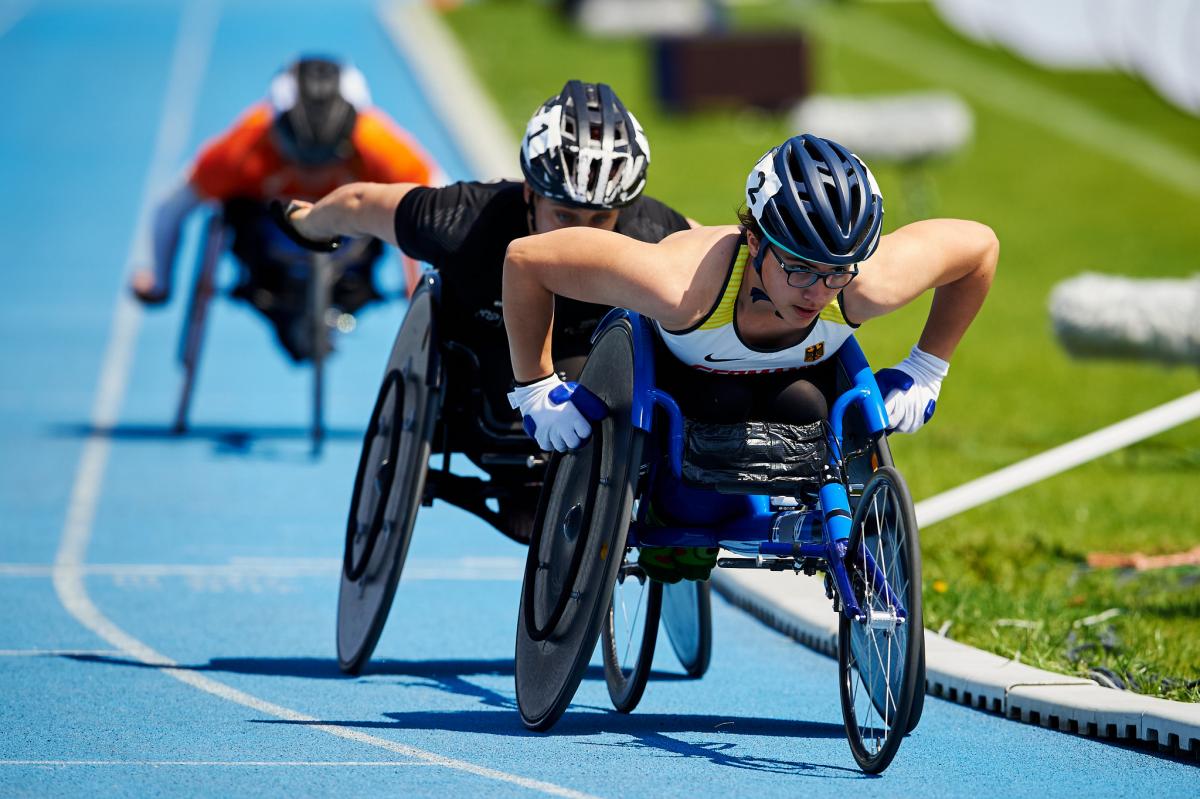 German wunderkind Merle Menje returned to the top of the podium on the last day of the European Para Athletics Championships in Bydgoszcz, Poland on Saturday (5 June).

The 16-year-old wheelchair racer triumphed in the women’s 5000m T54 in a stunning fashion setting up the new competition record (11:52.30). Menje went past Nikita den Boer from the Netherlands in the last 200m and did not look back again.

“It was incredible. I didn’t expect that I can do this. At the end I just went for it and it was good. I didn’t think a lot and I was pretty fast,” said Menje who is currently the most decorated athlete in Bydgoszcz with four medals.

She won another gold in the women’s 400m T54 and added two more silver medals in the women’s 100m and 800m T54. No other athlete in Bydgoszcz has won four medals so far.

“I just want to train, be better and then we will see what I can achieve,” concluded Menje who is travelling back home to continue her preparation for the Tokyo Paralympics in August.
Francois-Elie and Piispanen defend their titles

France’s world record holder Mandy Francois-Elie topped the podium in the women’s 100m T37. It was her fifth European title in the event and she rounded it up with a new competition record (13:25).

“I feel tired, but really good after the win. It was a comfortable one,” said the Paralympic champion from Rio 2016.

Finland’s Toni Piispanen defended his Berlin 2018 European title in the men’s 100m T51 final beating the world record holder, Belgium’s Peter Genyn (20.72). Piispanen got off to a flying start and won with a new competition record (20.10).

“I feel excellent; it is always good to win against Peter. He is a tough competitor and I hope we will have great Games in Tokyo,” said the Finnish athlete.

There were seven jump and field finals in the last morning session in Poland and Greece topped the podium in two of them.

It was a very special Saturday for Georgios Kostakis in the men’s long jump T47. His 6.45-metre-jump was not only a season-best but gave him a title which was seven years in the waiting. His last European gold medal came at Swansea 2014.

“I feel perfect and I feel blessed. I want to thank my family and God because I faced a difficult time in the past couple of years. I am happy to be back again and take the gold”, said the Greek athlete who was very emotional after his victory.

It meant a lot for the Greek 🇬🇷 athlete who won with a season-best (6.45m).

Paralympic champion and two-time world champion Manolis Stefanoudakis finally ended his drought and won the first European gold – after four silvers – in the men’s javelin throw F54. He did it in style breaking the competition record (30.74m).

Her compatriots Vladyslav Zahrebelnyi and Mykola Zhabnyak defended their titles from three years ago. Zahrebelnyi won with a new European record in the men’s long jump T37 (6.33m), while Zhabnyak topped the podium in the men’s discus throw F37 (54.22m).

Noelle Roorda from the Netherlands won her first major title in the women’s javelin throw F46. The 21-year-old won with a new personal best of 39.72m.

Italy’s Emanuele di Marino triumphed in the men’s 400m T44 race with a new European record. He went past Belarus’ Dzmitry Bartashevich in the last 20m and finished in time of 56.56.

The last gold medal of the morning session went to the host nation. Poland’s Joanna Oleksiuk topped the podium in a major international championships for the first time with her victory in the women’s shot put F33 (6.62m).

Complete schedule and results can be found on the Bydgoszcz 2021 website.

The final session of the European Championships will be live on the World Para Athletics website and Facebook page (with geo-block restrictions in Spain, Poland, and the United Kingdom). 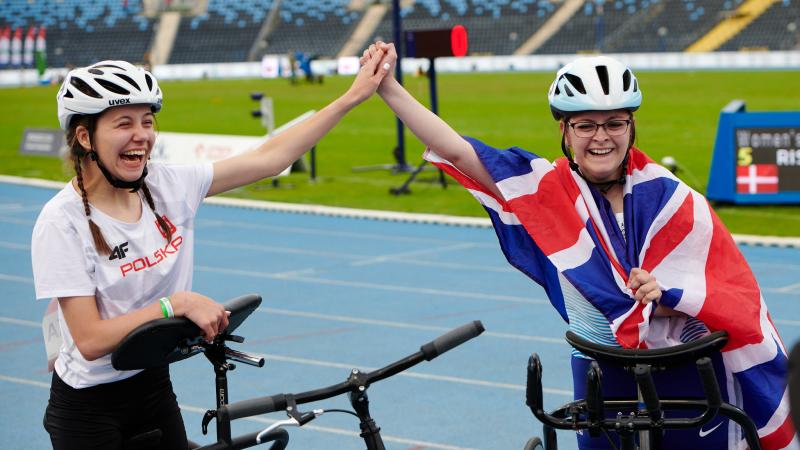 Athletics
Kotlowska and Lopez off to flying starts at the Europeans