From Tokyo to Tbilisi: Sodnompiljee Enkhbayar 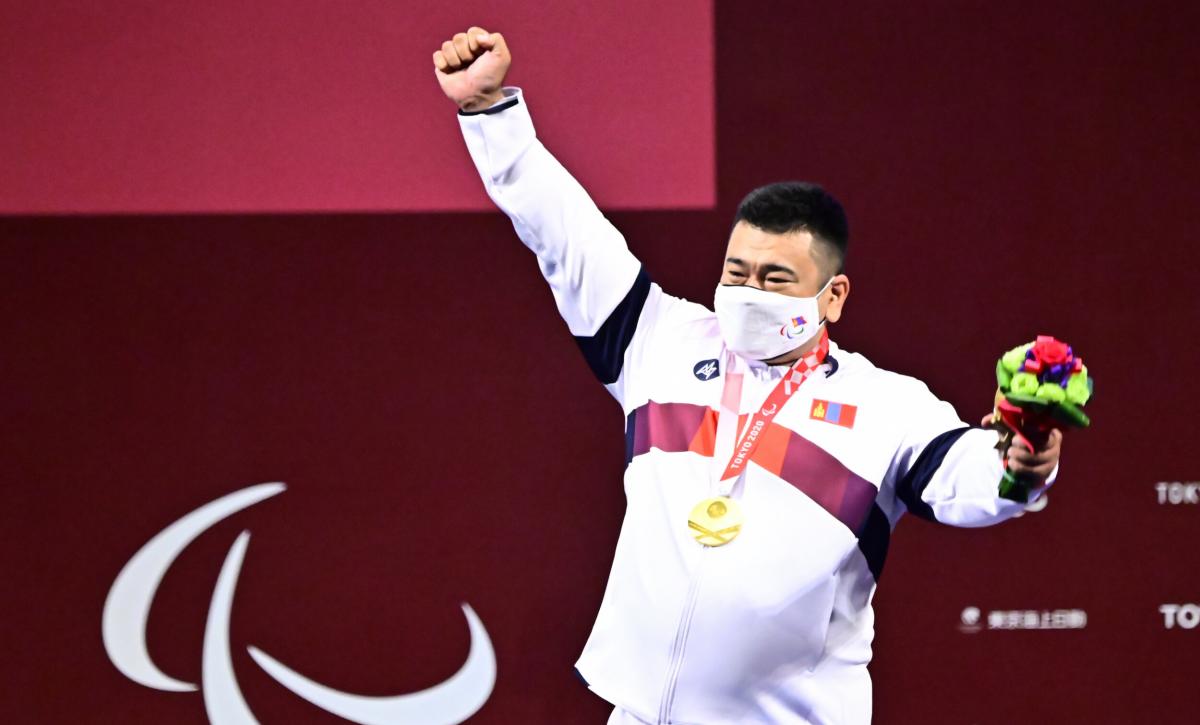 Mongolia’s hero Sodnompiljee Enkhbayar is the last name in the From Tokyo to Tbilisi series highlighting 10 stars coming to the Georgian capital this week for the World Para Powerlifting Championships.

The competition in Tbilisi starts on Saturday, 27 November with a one-day Junior Worlds followed by the World Senior Championships from 28 November–6 December.

Enkhbayar is the newly-crowned Paralympic champion in the men’s up to 107kg category.

The 36-year-old Enkhbayar won his first Paralympic title on the last day of Para powerlifting at the Tokyo International Forum on Monday, 30 August.

It was Mongolia’s second gold medal in Paralympic history and the first in the sport.

Enkhbayar’s gold was never in doubt with the Mongolian athlete lifting 241kg and 245kg in his opening two attempts. He unsuccessfully tried to break his world record in the third attempt setting the bar at 248kg.

Reaching the goal for supporters

Enkhbayar put his name in Mongolia’s Paralympic history books winning the country’s second-ever Paralympic gold (the first came in Para archery at Beijing 2008) and the only medal at the Tokyo 2020 Games.

“I’m very happy that everyone in my country supported me and that I had the support of the government, and thanks to everyone who cheered for me. I reached this goal for them,” said the Mongolian athlete who dedicated the medal to his former coach Sharav Enkhsaikhan, who passed away in 2017.

“Gold means a lot to the whole country and the Mongolian team, as well. I hope it gives inspiration to other Mongolian Para athletes to compete in the Paralympic Games in the future.”

“It means a lot to the whole country and the Mongolian team, as well. I hope it gives inspiration to other Mongolian para athletes to compete in the Paralympic Games in the future.”

Asked about his plans for the future, Enkhbayar gave a short and straightforward answer:

The 36-year-old Enkhbayar started his international career at the Asian Para Games in Guangzhou, China in 2010 failing to complete a successful lift.

Four years later he made the World Championships debut at the Dubai 2014 World Para Powerlifting Championships finishing in seventh place. Enkhbayar took his first major international medal at the Incheon 2014 Asian Para Games in South Korea climbing onto the third step of the podium.

Medals started to pour in for the Mongolian athlete who won another bronze at the Almaty 2015 Asian Open Championships followed by the third-place at the Rio 2016 Paralympic Games.

After making a name for himself at the biggest Para powerlifting stage, Enkhbayar continued to win medals on a regular basis. Next up was the silver medal at the Mexico City 2017 World Championships behind the home country’s gold medallist Jose de Jesus Castillo.

Enkhbayar started to get more familiar with the top of the podium in 2018 with two first-place finishes on regional level. He won gold at the Asia-Oceania Open Championships in Kitakyushu, Japan followed by another triumph at the Indonesia 2018 Asian Para Games in Jakarta.

At Nur-Sultan 2019 the Mongolian took his first world title setting a new world record on the way with a 247kg-lift. After the performance in Kazakhstan, Enkhbayar established himself as the clear favourite to gold in Tokyo.

Get ready because soon we are coming back with more ACTION!
🇦🇪Dubai WC is coming...#ParaPowerlifting @Paralympics pic.twitter.com/uwTDJhpPWD

The men’s up to 107kg category will open the penultimate day of action at Tbilisi 2021 on 5 December.

Enkhbayar will take on the stage on Sunday at noon (local time) together with the rest of his biggest rivals in the battle for gold.

Mexico's Castillo, the 2017 world champion and gold medallist at the Lima 2019 Parapan American Games, will try to redeem himself in Tbilisi for failing to win a medal in Tokyo.

Meanwhile, Iran’s Razi, Indonesia 2018 Asian Para Games bronze medallist, is coming to the Georgian capital after winning another bronze at the Tokyo 2020 Games.

Malaysia’s Jong, the Tokyo 2020 silver medallist, will be heading to Tbilisi to confirm his fine form in 2021. 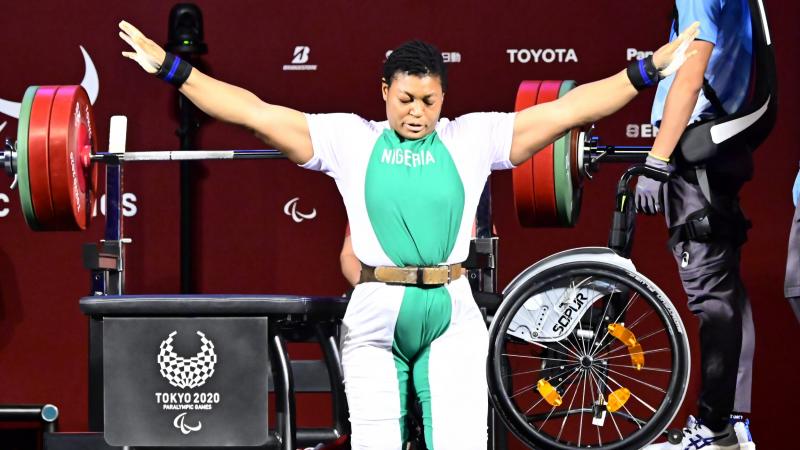