Goalball at the Parapan American Games 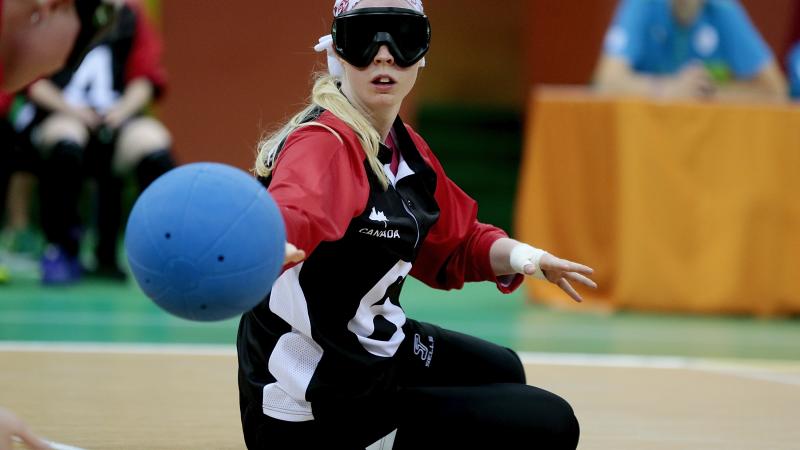 Goalball is played exclusively by athletes with vision impairments, using a ball with bells inside.

Two teams of three face off on an indoor court with tactile lines and goals at either end. Because athletes must hear the ball and be able to concentrate, spectators are asked to remain silent during the game but are free to cheer when a goal is scored.

The object is to score by rolling the ball through the opponent’s goal. Players attempt to block the shots using his/her body. The team with the most goals wins.

Goalball was invented in 1946 as a rehabilitation sport for blind World War II veterans. It made its debut at the Paralympic Games in 1976 and at the Parapan American Games in 2011.