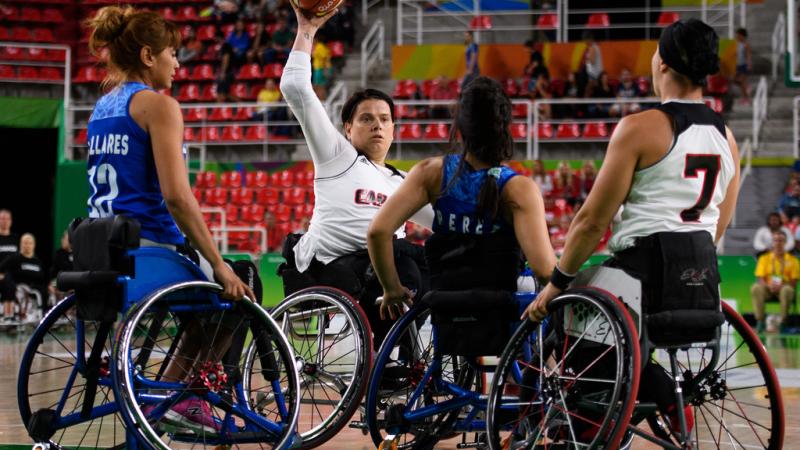 Wheelchair basketballis similar to able-bodied basketball; players move the ball around the court by passing or dribbling the ball, except that they must throw or bounce the ball after every two pushes of the wheels on the chair, otherwise they will be penalised for travelling.

The objective is to throw the ball into the opponent’s net. One, two or three points are awarded for each goal, depending on where the ball is thrown from. The team with the most points at the end of game wins.

Since then, the sport has grown worldwide and was introduced on the global stage at the Rome 1960 Paralympic Games, and today it is practiced in around 100 countries. It was part of the inaugural Parapan American Games programme in Mexico City in 1999.