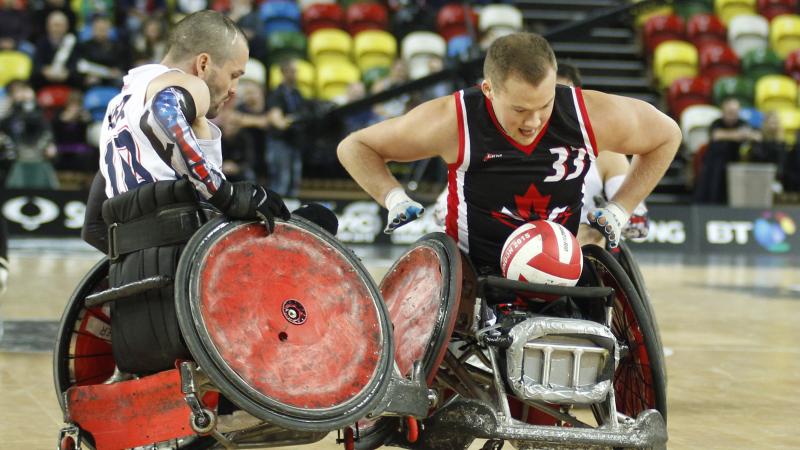 Wheelchair rugby’s roots are Canadian. In 1977, a group of quadriplegic athletes from Winnipeg, Manitoba, were looking for an alternative to wheelchair basketball, wanting a sport that allowed players with reduced hand and arm function to participate. The sport was originally coined “murderball” due to its tough tackling and collisions.

Wheelchair rugby has been on the Paralympic programme since Sydney 2000 and at the Parapan American Games since Toronto 2015, where the hosts beat USA to the gold.

The objective of this mixed gender sport — men and women compete on the same team — is to score the most tries by carrying, dribbling or passing the ball toward the opponent’s end. They must touch the goal line with two wheels while in possession of the ball to be considered a goal.

In this fast-paced game, contact between wheelchairs is allowed, and players frequently collide as they attempt to stop their opponents and take control of the ball.