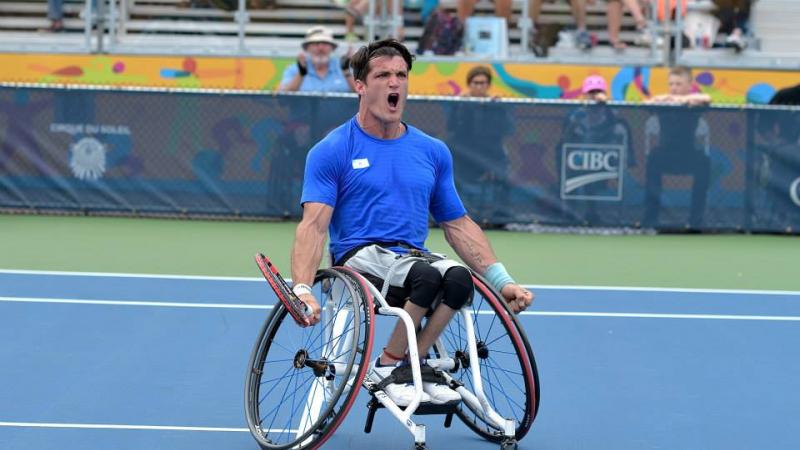 While the sport of able-bodied tennis dates back to the late 19th century in the United Kingdom, wheelchair tennis’ roots can be traced to the USA in 1976.

Wheelchair tennis first appeared on the Paralympic programme at Seoul 1988 and at the Parapan American Games in Guadalajara, Mexico, in 2011.

Rules for wheelchair tennis are the same as able-bodied except that two bounces are permitted.

Opponents hit the ball back and forth over a .914 metre (three-foot) net situated in the middle of the court using a variety of shots. The objective is to hit the ball into the opponent’s half of the court without them being able to return it.

Players compete in a circuit which includes the four Grand Slam - Australian Open, Roland Garros, Wimbledon and US Open – as well as many events around the world.