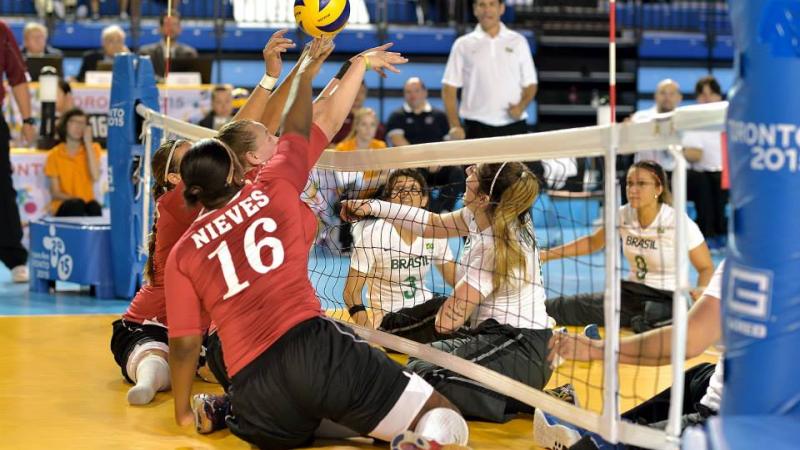 The sport of volleyball was first developed in 1895 by USA’s William Morgan. It was not until 1953 when newly established disabled sport clubs in the Netherlands combined the sport of athletics with the German sport of sitzball that the sport started to take shape.

It made its Paralympic debut at the 1976 Games in Toronto, Canada. Sitting volleyball was first included at the Parapan American Games in 2007 with just a men’s event. Women’s were incorporated for Toronto 2015.

The objective is similar to volleyball: hit the ball over the net and land it in the opposing team’s half of the court.

In sitting volleyball, however, the net is 1.05 metres high for women and 1.15 metres high for men, service blocks are allowed and one of the athlete’s buttocks must remain in contact with the floor at all times when handling the ball.