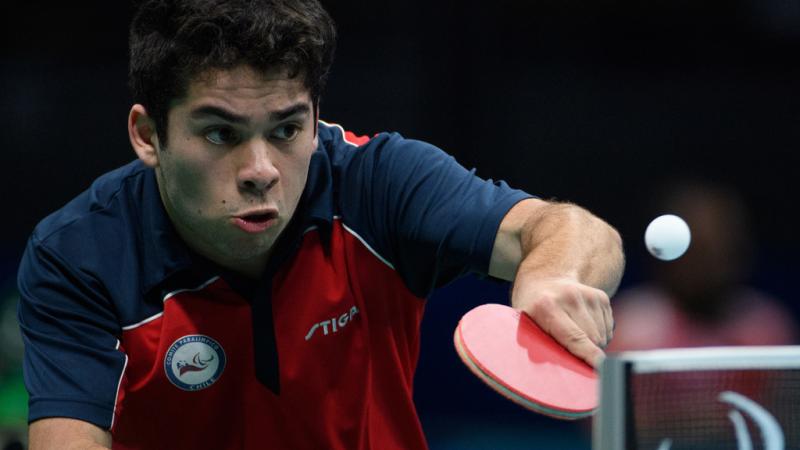 Table tennis is open to athletes with physical impairments, competing in either standing or sitting classifications. Intellectually impaired athletes can also compete.

It was included in the first Paralympic Games in Rome, Italy, in 1960, and the inaugural Parapan American Games in Mexico City in 1999.

In this blend of speed, skill and power, players must hit the ball over the net, into their opponent’s side such that he/she is unable to return the hit successfully. Points are awarded on the serve. Matches are won by the best of 3, 4 or 5 sets.

Each set is scored to 11 and the player must win by two points.

In its early days, table tennis was played as an after-dinner parlour game in upper-class Britain during the 1880s, where a row of books in the centre of the table served as a net, a book served as a racquet and a golf ball was hit back and forth.

In 1901, the discovery of celluloid balls and, in the 1950s, racquets made from a rubber sheet combined with a sponge layer changed the game dramatically.