Skiers with blindness/visual impairment are guided through the course by sighted guides using signals to indicate the course to follow. Some athletes use equipment that is adapted to their needs including single ski, sit-ski or orthopedic aids.

Following the end of the Second World War, there was a systematic development of ski sport for persons with impairment as injured ex-servicemen returned to the sport they loved. In 1948, the first courses were offered.

The first documented Championships for skiers with impairment were held in Badgastein, Austria, in 1948 with 17 athletes taking part. Since 1950, events have been held around the world. The introduction of sit-ski allowed people in wheelchairs (paraplegics and double above-the-knee amputees) to begin to ski and race.

Downhill was added to the Paralympic programme in 1984 in Innsbruck, Austria, and super-G was added in 1994 in Lillehammer, Norway. Sit-skiing became a medal event at the Nagano 1998 Paralympic Games. 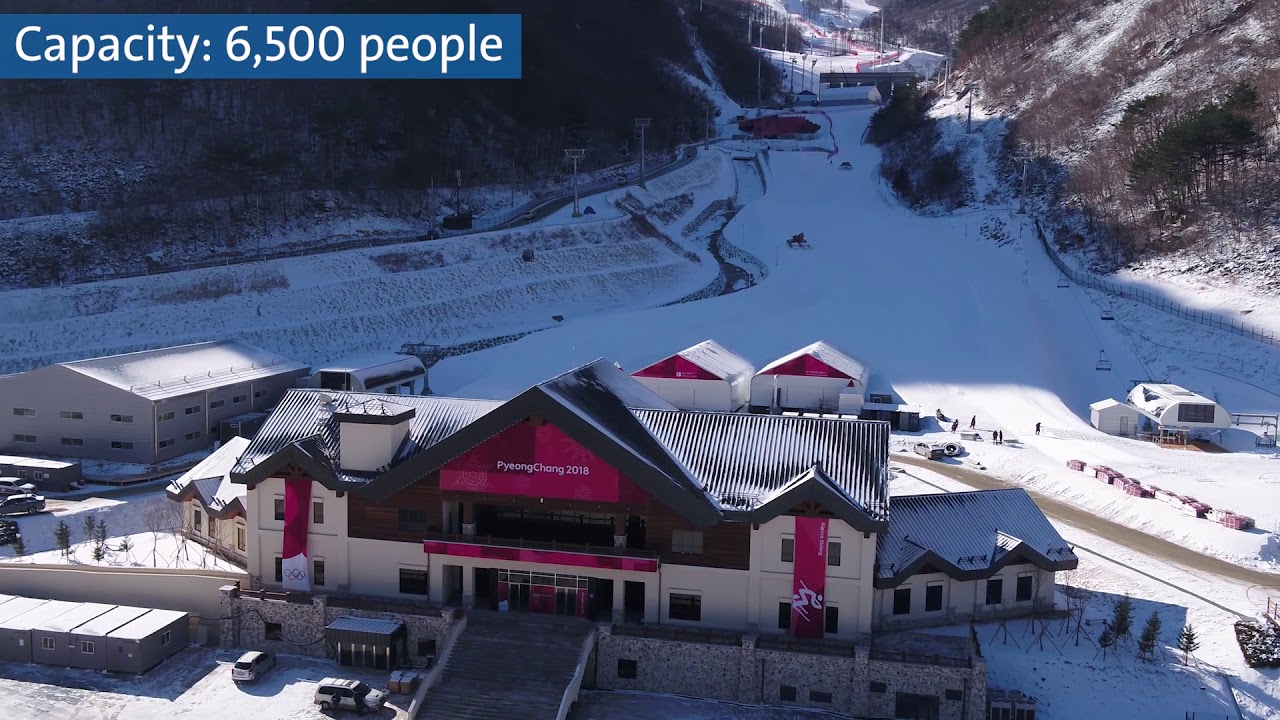 The venue for Para alpine skiing and Para snowboard will be contested at the newly built Jeongseon Alpine Centre, located in the Mountain Cluster.

The Jeongseon Alpine Centre will hold 30 alpine skiing medals events (15 men’s and 15 women’s) in downhill, slalom, giant slalom, super-G and combined; and 10 snowboard events (six men’s and four women’s) in snowboard-cross and banked slalom disciplines. For the Olympics, alpine skiing technical events were held at the Yongpyong Alpine Centre, and snowboard events at the Pheonix Snow Park, both also in the Mountain Cluster.

Venue manager Jeong Du-hwan, said on PyeongChang2018.com that the venue is particularly an ideal location for alpine speed events (super-G and downhill).

He said the slopes had to be situated within 30 to 40 minutes from the Olympic Village and the other venues. The centre’s management facilities include one gondola, two lifts, a snowmaking machine, hydrant (water supply facilities) and detention pond, management office, and snowcat (snowmobile) storage.

“All alpine centres use artificial snow to make the slopes firm, like the surface of an ice rink,” Du-hwan said. “The snow has to be over 120 cm thick, which is three to four times thicker than the snow on a regular ski slope. The top layer of the snow, which is about 20 to 40 cm thick, is artificially frozen by pouring water on it. It’s so firm and slippery that is even hard to stay standing upright on it. That is the best snow surface for alpine skiing competitions.”

Preparing the course for technical events (slalom and giant slalom) is much different.

“On the courses for the alpine speed events, we spray water on the surface of the snow in order to pack it down. For technical events, however, we inject water directly into the snow to solidify it. This process is very important,” Du-hwan said.

A medical helicopter must always be ready to transport injured athletes and safety nets installed along the venue course.

The safety nets are classified into three types: A, B, and C nets. A-nets are the tallest (3 m) and strongest nets, followed by B-nets and C-nets. The locations of the nets are determined in consideration of safety, and the nets are sometimes overlapped, where necessary.

Classification in Para Alpine skiing determines which athletes are eligible to compete in the sport and how athletes are grouped together for competition. This, to a certain extent, is similar to grouping athletes by age, gender or weight.

Sport Class LW 1: This sport class is allocated to athletes with an impairment that strongly affects both legs, for example an above knee amputation of both legs or significant muscle weakness in both legs.

Sport Class LW 2: Skiers have a significant impairment in one leg. Some skiers, for example, have an impaired leg from birth. You will see them ski with one ski only.

Sport Class LW 3: This sport class is for athletes who have a moderate impairment in both legs. They will ski with two skis and prosthesis. Some LW 3 skiers have mild coordination problems or muscle weakness in both legs, or a below knee amputation in both legs.

Sport Class LW 4: Similar to skiers in Sport Class LW 2, LW 4 skiers have an impairment in one leg only, but with less Activity Limitation. A typical example is a below knee amputation in one leg. They will use two skis during the race.

Sport Class LW 5/7: Athletes in this sport class ski with an impairment in both arms. Some athletes have amputations and others have limited muscle power or coordination problems. They will race down the slopes without ski poles.

Sport Class LW 6/8: Skiers have an impairment in one arm. Skiers will compete with one ski pole only.

Sport Class LW 9: Skiers in this Sport Class have an impairment that affects arms and legs. Some skiers in this class have coordination problems, such as spasticity or some loss of control over one side of their body. Depending on their abilities, they will ski with one or two skis and one or two poles.

All sit-skiers have an impairment affecting their legs. They are allocated different sport classes depending on their sitting balance, which is very important for acceleration and balancing during the races.

Sport Class LW 10: Skiers in this sport class have no or minimal trunk stability, for example due to spinal cord injuries or spina bifida. They therefore rely mainly on their arms to manoeuvre the sit-ski.

Sport Class LW 11: Skiers have good abilities in their upper trunk, but very limited control in their lower trunk and hips, as it would be the case for skiers with lower spinal cord injuries.

In Para alpine skiing, you will see athletes with vision impairment skiing with a guide. The guide skis in front of the athlete and verbally gives directions to the athlete.

Sport Class B1: Skiers in this sport class are either blind or have very low visual acuity. By way of explanation, their level of visual acuity is such that the athlete cannot recognize the letter “E” (15x15cm in size) from a distance of 25cm. During the race they are required to wear eyeshades.

Sport Class B3: The B3 sport class profile describes the least severe visual impairment eligible for Alpine Skiing. Eligible athletes either have a restricted visual field of less than 40 degrees diameter or a low visual acuity.