When biathlon was first introduced to the Paralympic Winter Games in Innsbruck, Austria, in 1988, only athletes with physical impairment could compete. Visually impaired athletes became eligible to compete four years later in Tignes-Albertville, France.

The biathlon events consist of a 2.0km or 2.5 km course skied three or five times for a total race distance between 6-15 km. Each race is divided into two or four shooting rounds, where athletes must hit two targets located at a distance of 10m with a rifle. Each miss is penalised by an increase in the overall route time.

The most important success factor lies in the capability of alternating the skills of physical endurance and shooting accuracy during the competition. Athletes with visual impairment are assisted by acoustic signals, which depending on signal intensity indicate when the athlete is on target.

Male and female athletes are divided into three categories – sitting, standing and visually impaired – according to their impairment and compete across three events: sprint, middle distance, long distance.

Norway’s Ragnhild Myklebust, the second most decorated Paralympian ever with 22 golds, three silvers and 2 bronze, was a Nordic skier, as well as an ice sledge racer. 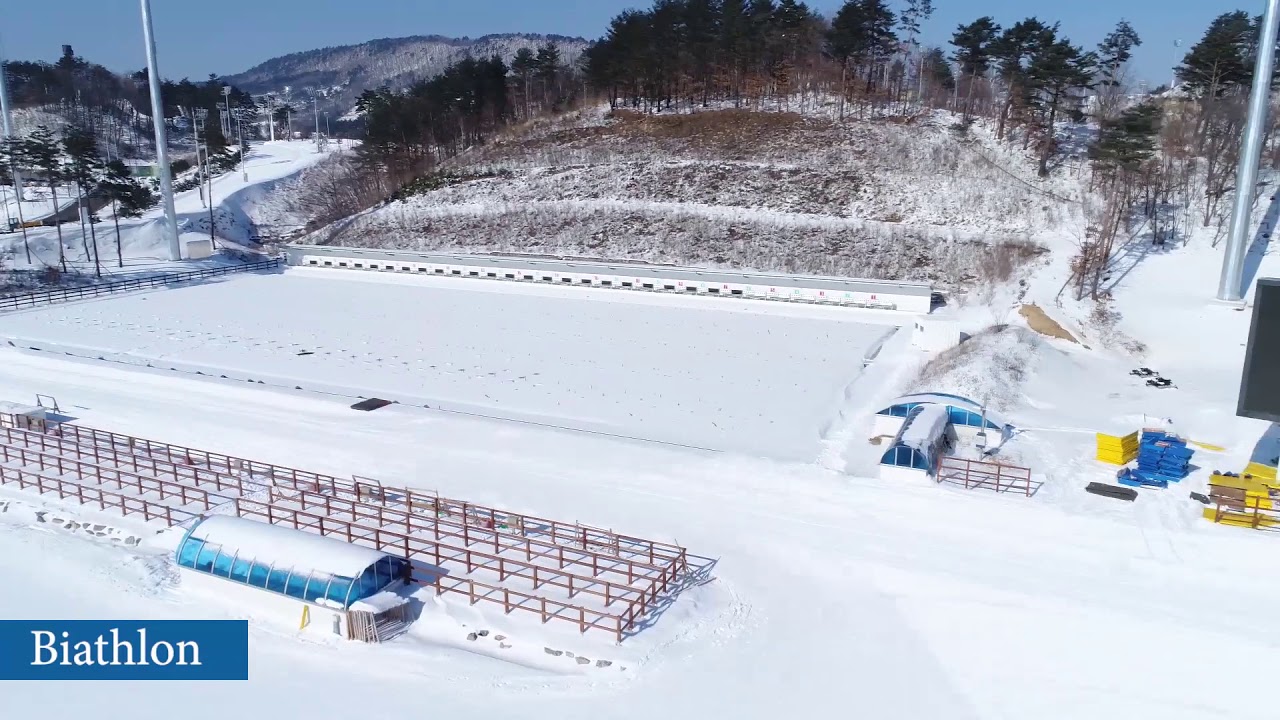 The venue for biathlon and cross-country at the PyeongChang 2018 Paralympic Winter Games will be the Alpensia Biathlon Centre, located in the PyeongChang Mountain Cluster.

A cross-country mixed and an open team relay events will also take place at the Alpensia Biathlon Centre. This venue staged the biathlon and cross-country competitions at the Olympic Winter Games.

Classification in Para biathlon determines which athletes are eligible to compete in the sport and how athletes are grouped together for competition. This, to a certain extent, is similar to grouping athletes by age, gender or weight.

In Para biathlon, athletes compete in three competition categories (standing, sitting or vision impaired) according to the athlete’s Sport Class.

Sport Class LW 2: The skiers have an impairment affecting one leg, for example an amputation above the knee. They will use a prosthesis and ski with two skis.

Sport Class LW 3: This sport class includes skiers with an impairment in both legs, such as muscle weakness in both legs.

Sport Class LW 4: Skiers in this sport class include those with impairments in the lower parts of one leg, but with less impact on skiing compared to LW 2. Typical examples are amputations above the ankle or loss of muscle control in one leg.

Sport Class LW 5/7: This sport class is designated for athletes with impairments in both arms that prohibit them to use ski poles. Skiers, for example, have no hands or cannot grip firmly. Therefore, you will see them skiing without poles.

Sport Class LW 6: Athletes competing in the LW 6 sport class have a significant impairment in one arm, for example a missing arm above the elbow. The impaired arm is fixed to their body and may not be used during the races. With the other hand they will use a ski pole.

Sport Class LW 8: Skiers in this sport class have moderate impairments affecting one arm. Athletes, for example, cannot flex the elbow or fingers on one side or they have a below elbow amputation. They will use one ski pole only.

Skiers with combined impairments in arms and legs:

Sport Class LW 9: This sport class is designed for skiers who have an impairment in arms and legs. Some of the LW9 skiers have mild coordination problems in all extremities. Others have amputations affecting at one arm and one leg. Depending on their abilities, they will ski with one or two ski poles.

All sit-skiers have an impairment affecting their legs. They are allocated different sport classes depending on their trunk control, which is very important for acceleration and balancing during the races.

Sport Class LW 10: Skiers have an impairment that limits their leg and trunk function. They would be unable to sit without supporting himself or herself with the arms, for example due to paraplegia.

Sport Class LW 10.5: Skiers in this sport class also have limited trunk control, but they can keep their sitting balance when not moving sideways.

Sport Class LW 11: Skiers have a leg impairment and fair trunk control, which enables them to balance even when moving sideways.

Sport Class LW 11.5: Skiers in this sport class have near to normal trunk control.

Sport Class LW 12: Skiers in this sport class have impairments similar to those described for the sport classes LW 2-4: They have a leg impairment, but normal trunk control. They are eligible to compete standing or sitting and can chose their preferred way of skiing at their first Classification.

Sport Class B1: Skiers in this sport class are either blind or have very low visual acuity. By way of explanation, their level of visual acuity is such that the athlete cannot recognize the letter “E” (15x15cm in size) from a distance of 25cm. During the race they wear eyeshades.

Sport Class B3: The B3 sport class profile describes the least severe vision impairment eligible for Para biathlon. Eligible athletes either have a restricted visual field of less than 40 degrees diameter or a low visual acuity.

For B1 skiers a guide is obligatory and B2 and B3 skiers may choose to ski with a guide. The guide skis immediately ahead of the athlete and verbally informs the athlete of course specifics such as corners, inclines, and declines. In Para biathlon, athletes with vision impairment shoot at the target by following sound signals.