Para ice hockey follows similar rules to its able-bodied version, with the main difference in the equipment used. Swap ice skates with sledges, and two hockey sticks instead of one, and you pretty much have Para ice hockey.

It is one of two team sports at the Paralympic Winter Games, featuring fast-paced and physical action that makes it a spectator favourite.

Para ice hockey was invented at a rehabilitation centre in Stockholm, Sweden, during the early 1960s by a group of Swedes who, despite their physical impairment, wanted to continue playing hockey. The sport made its Paralympic debut at Lillehammer 1994 in Norway.

In 2016, the sport was renamed and rebranded from IPC ice sledge hockey to Para ice hockey, and is governed by World Para Ice Hockey.

The competition is a mixed team tournament, in which women can play alongside men. There are three 15-minute periods with 15-minute breaks. The match goes into overtime if the score is tied after the third period. If there is no goal in overtime, penalty shots are applied.

Players sit in specially designed sledges that have two hockey skate blades. Each player has two sticks with metal pics on the butt end that allow players to propel themselves. Goalkeeper wears leg pads, body pads, a helmet with a visor and a catcher glove to protect the athlete from pucks flying up to 100 km/h. 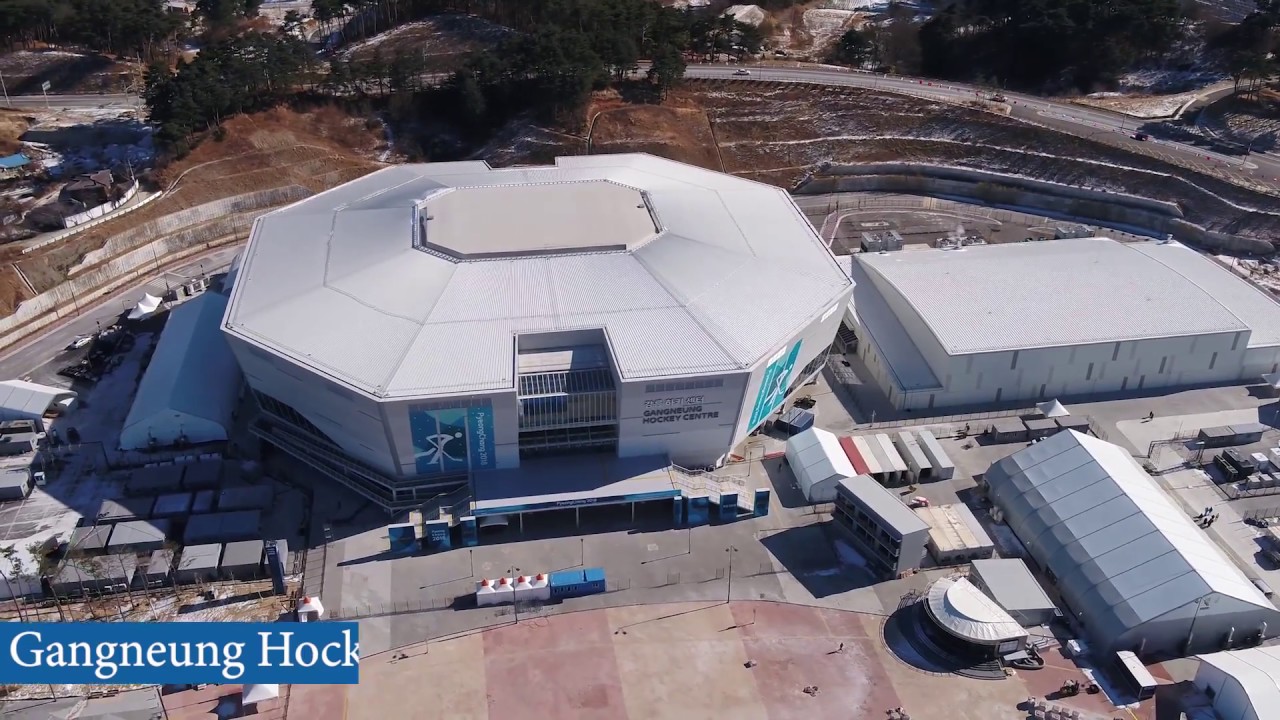 All sporting action at the PyeongChang 2018 Paralympic Games will be held in two clusters, and all Para ice hockey action can be found at the Gangneung Hockey Centre located in the Gangneung Coastal Cluster.

The venue is the first and only place in South Korea specifically designed and built for ice hockey. It is inside Gangneung Olympic Park, where the Gangneung Curling Centre is also located. Originally a traditional archery range built on an old landfill site, it offers a sweeping view of Gyeongpoho Lake and the East Sea. The centre has two Olympic-size rinks (60×30 metres) in the Main Venue and the Practice Arena. The National Hockey League (NHL), on the other hand, uses smaller ice rinks (56×27 metres) for greater immersion.

One of the distinguishing features of the centre is its amenities for athletes. In 2018, these facilities are set to support the eight Para ice hockey teams and 12 stand-up Olympic teams competing. Team locker rooms take up more than half of the available space on the first floor, and each locker room has its own toilet, shower room, massage room, and coach's office. The ice rink at the practice arena is built to the same specifications as those of the main venue, complete with two locker rooms. The two arenas are only 18 metres apart, which means less hassle for the players who have to move around wearing their heavy gear.

Transition from Olympic to Paralympic Games

After the Olympic Games, the venue will go through a minor adjustment for the Paralympic Games. Para ice hockey players use special sledges during matches, meaning that the eye levels of the players and the spectators are lower. For this reason, the centre plans to replace the dasher boards in front of the player benches and penalty benches with transparent boards during the Paralympic period.

Gangneung Hockey Centre will hire top-tier icemakers for the Olympic Games, as the centre will host an average of three matches during the period. Excellent ice maintenance is all the more crucial for the Paralympic Games, because players hit the surface with sticks to move about.

What will happen to the Centre after the Games?

The original plan was to dismantle the Centre. However, the city of Gangneung decided to keep the venue under its plan to turn Gangneung into a winter sports hub. Daemyung Group will manage the facilities for five years after PyeongChang 2018, and the company plans to launch an ice hockey team and use the Centre as its home ground. The company will also make the space available for concerts and other events.

Venue general manager Huh In said: “I have absolute confidence in the venue and its infrastructure. What matters now is how many spectators will actually fill this place. Ice hockey is such an interesting and engaging sport. You will be able to enjoy it even more if you take some time to familiarise yourself with the basic rules. I hope PyeongChang 2018 will create an ice hockey boom in Korea.”

Para ice hockey has one sport class, and athletes who compete in the sport have an impairment in the lower part of their body that would prevent them from competing in able-bodied ice hockey. Players, for example, have amputations affecting their legs, , coordination impairment, or a leg length difference of at least 7cm. Some players also have muscle weakness in their legs, for example due to a spinal cord injury.

All players of a team must meet the impairment criteria to compete in the sport, so that the impact of impairment on the competition outcome is minimised.

Athletes with these impairments are eligible to compete in Para ice hockey: