The President observed the preparations for the 2018 Olympic and Paralympic Winter Games and was greeted by over 120 people. 03 Nov 2014
Imagen 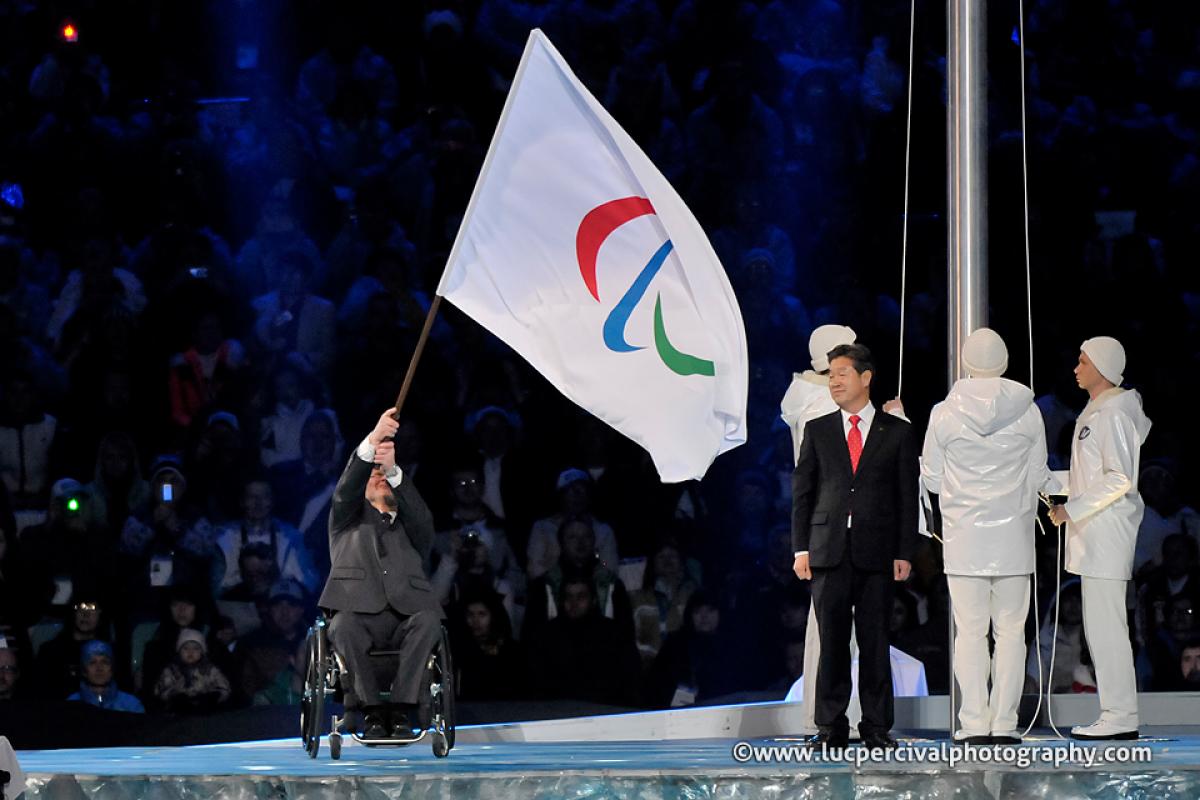 Handover ceremony from Sochi to Pyeongchang during the Closing Ceremony of the Sochi 2014 Paralympic Winter Games.

South Korean President Park Geun-hye has made a visit to the Alpensia Resort in PyeongChang, South Korea, to check on the preparations for the PyeongChang 2018 Olympic and Paralympic Winter Games.

To mark the midway point until they host the Games, the President observed developments of the facilities and complimented relevant officials on their dedication to making the Games a success.

Since taking office, President Park has continued to express her support for the Games and believes that it will be a catalyst for enhancing the international standing of South Korea and for developing the Gangwon Province.

The President was given a tour of the Alpensia ski jumping stadium and was presented with a progress report on the construction and development of key facilities.

Before becoming President, Park was a special advisor to the Grand National Party, a precursor of the Saenuri Party, and a big supporter of the bid to host the Games.