Lee Jeong Min goes out on a high 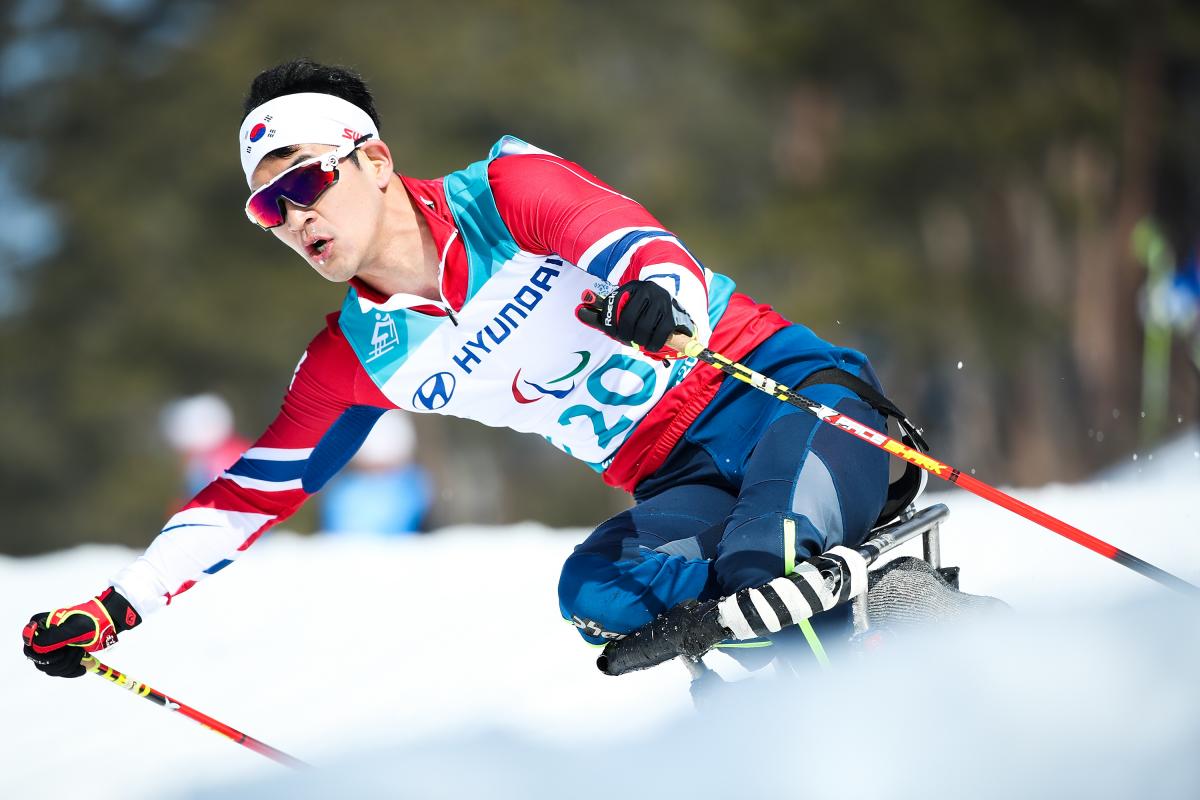 “Many people supported and applauded our Para athletes and it enhanced the people’s perspectives of the Paralympics at an international level. It was the most memorable experience for me and I am proud of myself that I am a Paralympian.”

Cheering home crowds and a history-making performance by his national team were the perfect swan song for Lee Jeong Min as South Korea’s Nordic skier bid farewell to competitive sport to pursue his university studies.

“It was an honour to be among the national team athletes to represent Korea at the Paralympic Games, which were held in our home country,” Lee said. “Many people supported and applauded our Para athletes and it enhanced the people’s perspectives of the Paralympics at an international level. It was the most memorable experience for me and I am proud of myself that I am a Paralympian.”

These were the first Paralympic Games for Lee, who competed in sitting cross-country and biathlon events at PyeongChang 2018. He previously trained in Para rowing, but switched his focus to Nordic skiing when a team was set up in 2015.

Foreign coaching and support staff were brought onboard and the athletes underwent more than 280 days of official training per year leading up to the 2018 Paralympic Games, all with the aim of producing good results in front of the home crowds.

“I joined the national team in 2015 for Nordic skiing and it was a tight schedule for the training program,” Lee said. “It was much more supported than other Para sports by the Korean Paralympic Committee. I had only two years and a half of a training period and I had to give it all to be successful at the 2018 Paralympic Games.”

This is where Lee’s previous training in Para rowing came in handy with his existing muscle strength helping to speed up his strokes on the snowy course.

“Nordic skiing and rowing are really different sports that require different skills and equipment to perform. However, both sports require high intensity training of aerobic cardiovascular exercise to enhance physical ability,” Lee said. “I think it was very helpful to have two different sports in different seasons to effectively synergise my training in each season.”

While Lee did not reach the podium in PyeongChang, he still experienced a high from competing on the home course and celebrating victories with his teammates.

He chose to retire from competitive Para Nordic skiing and rowing after the Games to pursue his PhD studies in sport medicine and rehabilitation at the Yonsei University in Seoul.

“With all my Paralympic experiences, I want to study sport science in depth to promote (the movement) and help others,” Lee said. “For now, I would like to just focus on the academics and will not return as an athlete. In the future, I might be involved in the Paralympic area to support and work for the future plan in Korea or further at the international level.”