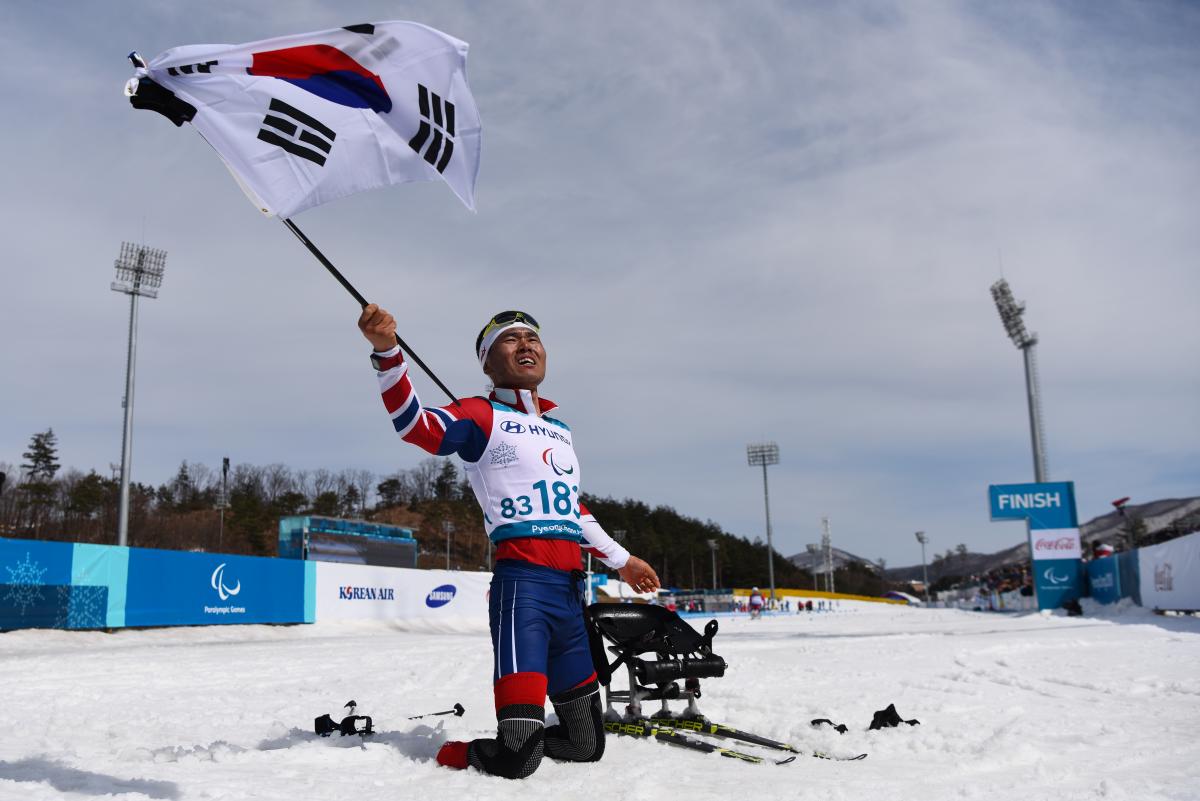 "By seeing me I want to cheer up all those people so that they can find their place in society just like I found my place in the Paralympic Games."

In the future, every time South Koreans remember the PyeongChang 2018 Paralympic Games they will talk about Eui Hyun Sin. In the present, the country’s first Winter Paralympics gold medallist hopes his triumph will have an impact beyond sports.

"By seeing me I want to cheer up all those people so that they can find their place in society just like I found my place in the Paralympic Games," Sin said after his victory in the men’s cross-country 7.5km sitting.

Twelve years ago, Sin was involved in a car accident the day before his college graduation and lost both his legs. When he decided to try Para sports, Nordic skiing was not even among his first choices.

“Since I am not that young and it is a very special chance to participate in the Paralympics held in my own country, I decided to take up Nordic skiing,” Sin explained in an interview last year.

Two years after starting the sport, Sin took two medals (a silver in cross-country and a bronze in biathlon) in the 2017 World Para Nordic Skiing Championships in Finsterau, Germany.

Since then Sin has dreamt that the first gold in a major international would come in the Paralympic Winter Games on home soil. But he only believed he was close to make it real during the race, when he heard how far he was from the first place.

Sin competed in five finals at PyeongChang 2018 before the men’s cross-country 7.5km. The first one ended in a frustrating fifth place in the biathlon 7.5km sitting. It was when he made a promise for all his country’s media to hear.

“In biathlon I was a little bit nervous but I promised to all the press that I would sing the hymn of Korea,” said Sin after his victory.

Even roommate Lee Jeong Min feared Sin was feeling the pressure – although Sin had already taken a bronze in the men’s 15km sitting in the second day of competition.

"I wasn't nervous, I was just getting up earlier before the competitions. I always listen to music when I sleep and I have always slept well," the Nordic skier explained.

Then came Saturday, 17 March, and the South Korean national anthem played for the first time at PyeongChang’s Medal Plaza. No more questions about pressure, about results, only about his feelings and what the medal meant for Sin and his country.

"It was my dream to win a gold medal in the Paralympic Games and I don't have any words to describe this feeling. Now my dream has been realised.”

At Beijing 2022, Sin hopes to hear the anthem played again.

"I want to help the next generation of cross-country skiers and biathletes."